With so many people in the world being housebound at the moment due to the covid-19 epidemic, I thought I would put together some playlists for people who love animation as much as I do.

I am starting with the selection that I put together for Nippon Connection in 2018, as most of the films can be found on line. The theme that year was music, so I have included links to the artists whose music features in the animations, so you can also support these musicians by streaming / buying their music during this difficult time of cancelled live events.

Slowly Rising from kanahebi on Vimeo.

Cumhur Jay - On & On - "Dyschronometria" from Akihiko Taniguchi on Vimeo.

La Madrague “Country of Westering Sun” マドラグ（西陽の国）
by Yuki HAYASHI / Music by youcan ゆーきゃん, 2017
- the music video is not available online at the moment, but the song can be streamed 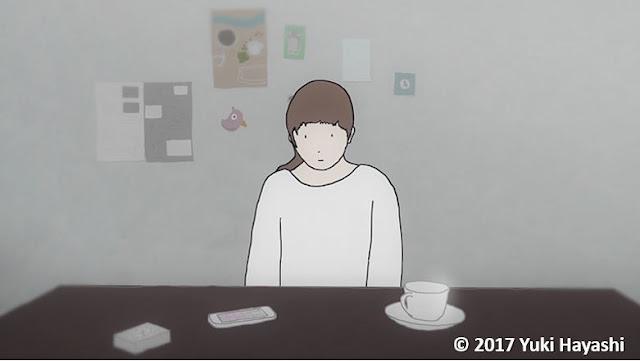 What is available online is an earlier work by Hayashi: his music video for moskitoo's Fragments of a Journey (2014), which screened in my 2015 Nippon Connection selection.

The Synesthesia Ghost
共感覚おばけ
by Atsushi MAKINO / Music by Sasanomaly, 2015


I’ve Got to Take the Laundry In
洗濯物をとりこまなくちゃ
by Naoya SANUKI / Music by Siamese Cats, 2016

Suicide is a solitary act but the ripple effects of such a death spread pain in an insidious manner through the lives of those connecte...