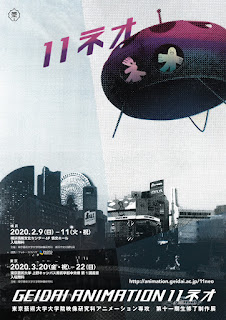 This year’s graduating animation class at the Tokyo University of Arts (Geidai) Graduate School of Film and New Media chose “neo” as their theme in a nod to the dawning of Reiwa era. They also liked that in addition to meaning “new”, “neo” indicates “a new rendition of something familiar.” In their introduction to their works, the students speak of both desiring to continue in the path of art traditions that have come before them while moving into the future with something new.

This year only 6 students were able to complete their films in time to graduate in 2020. All but one of the graduates are women and half of them are Chinese. Although I am is disappointed that the 7 other students from this cohort have not yet completed their graduate films, I am hopeful that there is much to look forward to next year because their first year works showed much promise. The 6 graduates each have their own individual styles.

Nianzi Li is my favourite animator of this cohort. Her first year film, When One Talks with a Lemon, is a delightful exploration of the metamorphic possibilities of the medium, but her true strength as an animator comes out in her graduate work Strawberry Candy. Using a pencil crayon drawings, she tells the first person perspective of a pre-school child who is being sexually abused by a family member. The story is told subtlety, slowly giving us the clues to what is really going on beneath the surface. It expertly conveys the confusion of a child who knows that something as wrong but is too young to have the vocabulary or knowledge to call out the behaviour directly. I look forward to more work by this artist.

I also like the work of Caori Murata, whose visual style has been greatly influenced by her studies in France. The use of a white background with a small square of colourful illustration is reminiscent of a paper edition of poésie published by Gallimard. Her works are a kind of animated bricolage.

Yoshiro Kawakami (川上喜朗, b. 1993)
A native of Tokyo, Kawakami graduated with a major in Painting from Tokyo Zokei University in 2018 before continuing his studies at Geidai. He explores “the motif of illustrated boys and girls” in his animation, paintings, and illustrations. 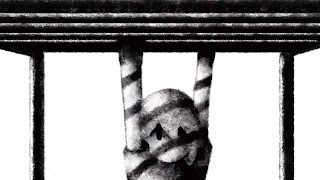 “It’s summer vacation and all the kids in the neighborhood have left to visit relatives. But there in the relentless glare of the sun, is a boy looking up at the sky.” (5 min.) 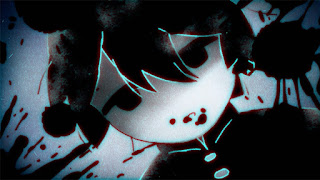 “A young boy gets pregnant. He suffers through morning sickness and cold stares while facing the new life inside him.” (10 min.) 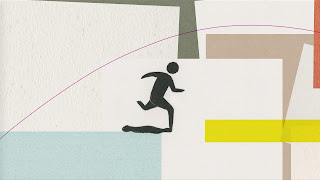 When One Talks with a Lemon (レモンと話したら /Remon to Hanashitara, 2019)
“What I say is never what you hear. It's like the printer misaligning the images little by little. This animation work portrays those communication gaps using various techniques including print, digital treatment and collage.” (4 min.) 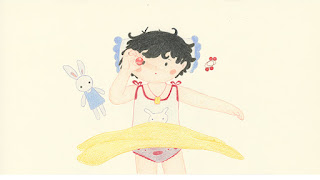 Strawberry Candy (いちご飴 / Ichigo ame, 2020)
“She has an unspeakable secret but the memory is gradually fading.
The little girl is no longer sure if it was a dream or reality.” (7 min.)

Yinan Liu is from Tianjin, China. She graduated from the Beijing Film Academy in 2015. 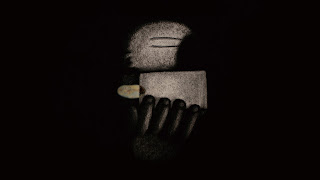 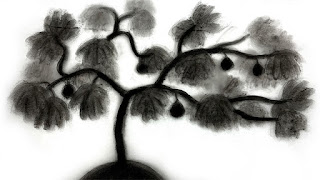 “It should have been an ordinary day but it was anything but usual. There was a large crowd in front of my grandma’s house. Where did the people come from and where were they going? I was peering out at them from the window, but the big tree obstructed my view.” (6 min.)

Murata did her undergraduate study at Musashino Art University, Department of Visual Communication Design (2017). During her MA she studied as an exchange student at ENSAD (École nationale supérieure des Arts Décoratifs) in France. 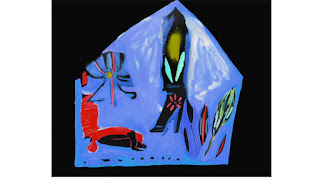 “Alice goes out and opens doors as she pleases. The houses show her fragments of love that we all long for day to day throughout our lives.” (3 min.)

Sijia Luo is from Guangdong, China and is a graduate of the Sichuan Fine Arts Institute (2015). She is inspired by a variety of art forms and describes her film development as experimental with the aim of seeking “liberation from visual language”. 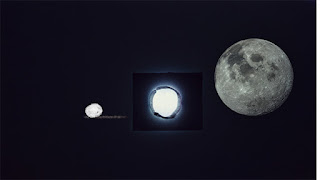 “Realizing how different they are from one another, the three motifs - musical, visual and narrative - start to doubt themselves. But once the melody begins, the musical motif could not resist the impulse to dance and the others follow. Perhaps I, too, am a motif.” (8 min.)

Born in Okazaki, Aichi, Okayama graduated with a degree in Aesthetics and Art History from Tokyo University of the Arts in 2015. 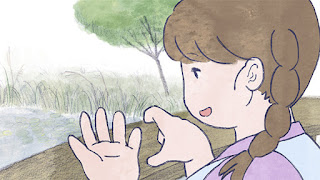 “A mix of life tales in modern Japan where fate is predicted by your name and a fingerplay song. Are the members of this society playing into the hands of some higher being or are they living the life of impermanence?” (7 min.)

If you missed out seeing these works and the works of the first year students in Yokohama last month, you have another chance in Tokyo on from March 20 to 22nd at the Geidai Ueno Campus.