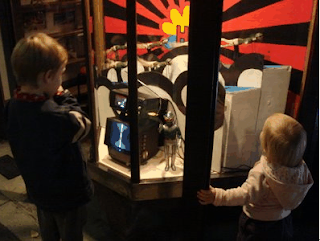 For those of you who don’t know already, since discovering an art exhibit by Tomoyasu Murata in on Hongo Dori in 2006 (the photo above is of my kids watching the installation in the front display window) I have developed a huge passion for Japanese Art Animation. My love of avant-garde and experimental animation in general dates back to my discovery of Norman McLaren’s work at the central library in my hometown when I was a teenager (hurray for the NFB! You can watch some of his films online on their website). There is a kind of circularity in this because it was a screening of McLaren’s work in Japan in the 1950s that brought the term “animation” into the Japanese vocabulary and inspired a generation of innovative animators in Japan. Before that, animated films were referred to as “manga eiga” (literally: cartoon movies).

It is hard for me to whittle down a list of “favourites” because there are so many different styles of art animation and it’s hard to judge one against the other. What follows are a selection of artists whose work excites and inspires me. 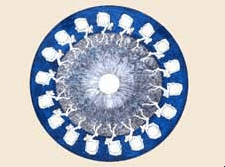 He first worked under Yōji Kuri (久里洋二, b. 1928), then founded his own studio in 1970. Furukawa’s films range from his tribute to the 19th century optical amusement, the Phenakistoscope, to a humorous modern revision of Ozu’s Tokyo Story called Jyōkyō Monogatari (1999). Furukawa mentors young artists as a lecturer and vice-president of the Hiroshima International Animation Festival. He holds regularly exhibitions of his art at galleries as well as publishing manga and picture books for children. Would live to find a DVD of his (& his contemporaries) Minna no Uta work. 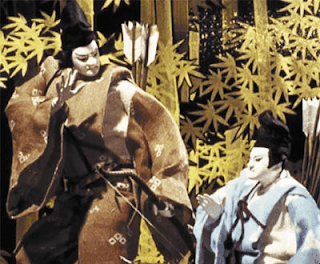 Kawamoto’s puppet animation brings together European puppet animation (he studied under Jiri Trnka in the 1960s) with bunraku traditions (Japanese puppet theatre). He is best known in Japan for the elaborate television puppet dramas he did in the 1980s and best known outside of Japan for his short film work. Kawamoto inherited the presidency of the Japan Animation Association from Osamu Tezuka and has been very active in the past decade organizing the Winter Days (2003) project as well as his spectacular feature film Book of the Dead. 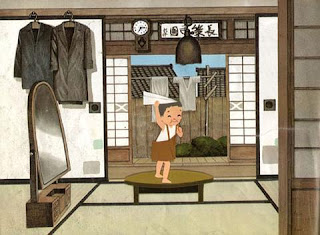 Renzō Kinoshita’s films probe questions about what it means to be Japanese and how Japan is seen from the outside world. His 1979 anti-war film Pica-don depicts the Hiroshima bombing from the perspective of the ordinary citizens going about their everyday life. His wife Sayoko collaborated on his films as producer, scriptwriter and animator. Together they founded the Hiroshima International Film Festival which has become an important place for Japanese animators to have their work shown and to see work by artists from abroad. Sayoko has continued this work after Renzo passed away in 1997.

Influenced by Czech puppet animation, Okamoto became a pioneer in Japanese puppet animation. An award-winning filmmaker, he is famous for using a different medium for each of his films including relief puppets, cut-outs, cel animation, and more. Read more about this amazing artist at Anipages. 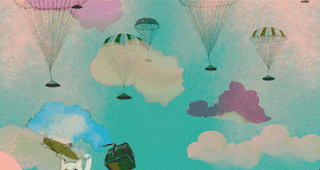 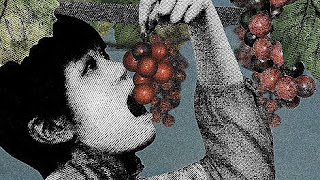 A Kansai-based animator who has a distinctive visual style achieved by scanning real objects (leaves, photographs) and colouring and animating them on the computer. Her films are deeply allusive and concern a wide range of feminist themes. Her work featured on the Image Forum Thinking and Drawing program. 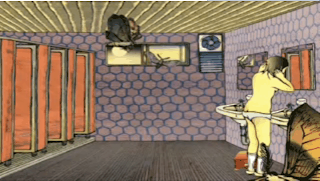 Internationally renowned artist Tabaimo incorporates elements of animation into her installations, which often include collaborations with dancers and other performance artists. 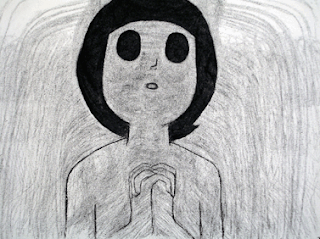 Instantly recognizable for his pencil and charcoal cel animation aesthetic, Tsuji is also known for his illustrations, short manga and outdoor installations. Since 1999, Tsuji and Takumi Terakami have hosted a guerilla art exhibition called Scrap Festival which features sculptures and installations throughout the city of Yokohama. 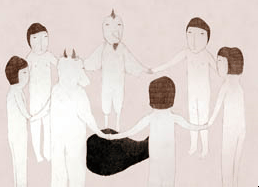 Wada has a unique style of drawing human figures that distinguishes him from other animators. His rather conservative looking male protagonists are put in unusual circumstances. Meaning is made in these thought-provoking films through subtleties of character movement and symbolism that are often absurd in nature.

Perhaps the best known art animator of his generation, Yamamura’s films have received numerous awards world-wide. He has dabbled with various styles of animation, but is best known for his distinctive multi-planed aesthetic. His films range from accessible themes for children to the surreal. His best film to date would have to be Kafuka Inaka Isha. 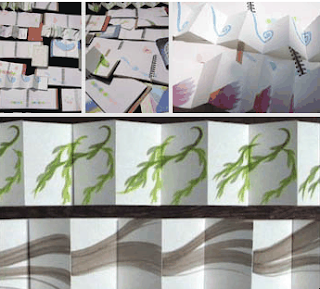 Influenced by the work of Norman McLaren, Oskar Fischinger, and Taku Furukawa, Yonesho spends part of each year in Europe and is known for used found objects in her animation. Here's an article I wrote about her after exchanging e-mails with her last year. 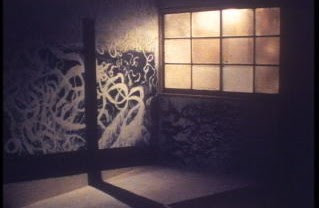 An active artist on the international art scene, Ishida makes animated films, video installations, and collaborative art. His art explores the limits of the screen and questions of space, form, and perspective. One of my favourite works by him is Umi no Eiga.

Both a scholar and an artist, Kosemura’s “moving paintings” come out of both Nihonga and Yōga (Western art) traditions. The subtlety of movement in her work raises interesting questions about the relationship between art and time.

I hope that you will check out some of the websites of this artists because their work is truly amazing! Other links in this entry will lead you to previous articles I have written about the artsits.

TOMORROW'S CONTRIBUTION TO THE BLOGOTHON: WOMEN BEHIND THE SCENES

Posted by Cathy Munroe Hotes at 4:25 am