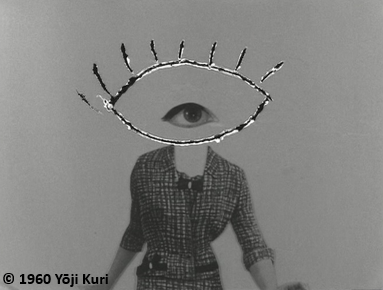 Three animation innovators, the iconoclastic experimental artist Yōji Kuri (久里洋二, b. 1928), the illustrator and cartoonist Ryohei Yanagihara (柳原良平, 1931-2015), and the illustrator Hiroshi Manabe (真鍋博, 1932-2000), came together to present their animation together at the Sogetsu Cinematheque, calling themselves the Animation Group of Three (アニメーション三人の会/ Animation Sannin no Kai).  Their collective name was a nod to the Sannin no Kai composers Yasushi Akutagawa (son of the great writer Ryūnosuke Akutagawa), Ikuma Dan and Toshirō Mayuzumi, who from 1953 to 1962, collaborated together to stage performances of their avant-garde style of music. 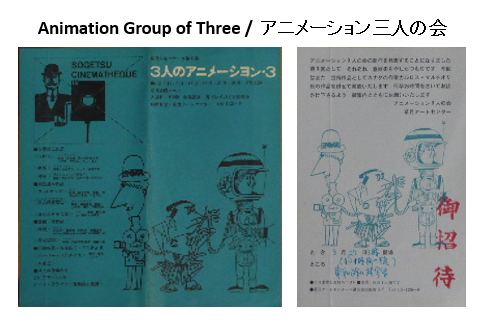 The first screening of the Animation Group of Three occurred on November 26, 1960 followed by three more screenings on December 3, 10, and 17.   The films screened were Kuri's Two Grilled Fish and Stamp Fantasy,  Yanagihara's Sea Battle and Manabe's Marine Snow (see below for more details).  The group would hold two more Animation Group of Three festivals, before expanding the festival to include other emerging experimental animation talent (Osamu Tezuka, Makoto Wada, Tadanari Yokoo) in 1964.

Also in 1960, the NHK aired the first televised domestically produced anime.  On January 15, 1960 an experimental anthology of three short animated films were shown under the name Three Tales (新しい動画 3つのはなし / Mittsu no Hanashi).  The shorts are adaptations of tales by Japanese authors: The Third Plate (第三の皿) by Hirosuke Hamada, Oppel and the Elephant (オッペルと象) by Kenji Miyazawa, and Sleepy Town (眠い町) by Mimeo Ogawa.  The directors were Keiko Osonoe, Shūichi Nakahara, and illustrator Makoto Wada.  Wada would go on to make experimental animation in the 1960s, but he is best known today for his pop art and book covers.

Anime could also be found on the big screen in Japan in 1960.   Toei Dōga’s Alakazam the Great 西遊記 / Saiyuki) is an adaptation of the 16th century Chinese novel Journey to the West.  It is directed by Taiji Yabushita and Daisaku Shirakawa, with character design by Osamu Tezuka.  Although Tezuka  was not involved in the animation of this film, it nonetheless marks the beginning of his professional shift of focus from manga to animation.  One of the first anime films to be released in the USA, Alakazam the Great is notable for its sequences by animators Yasuo Otsuka and Yasuji Mori.

Stop motion animation was also enjoying success in 1960.  The educational book publisher Gakken had been making puppet animation on 16mm for distribution to schools and libraries since 1958, with distribution in the United States by Coronet Instructional Films.  The two main directors / animators were Matsue Jinbo (神保まつえ, b. 1928) and Kazuhiko Watanabe (渡辺和彦), and 1960 saw them produced several wonderful short adaptations of Japanese and European fairy tales.  Click on the links below to watch the films and read in-depth reviews.

1960 saw the debut of what is now the oldest and most respected international animation festival - Annecy.   Three Gakken adaptations of Aesop fables, The Dove and the Ant (ありとはと, 1959), The Town Mouse and the Country Mouse (いなかねずみとまちねずみ, 1960), and The North Wind and the Sun (きたかぜとたいよう, 1960) screened out of competition at the first Annecy festival under the title Trois fables d'Ésope : La fourmi et la colombe, Le rat des villes et le rat des champs, Le vent du Nord et le soleil.  The programme listed Shin'ichi Kanabayashi as the director and Kazuhiko Watanabe as the screenwriter with Kachiko Terashi credited as an animator. 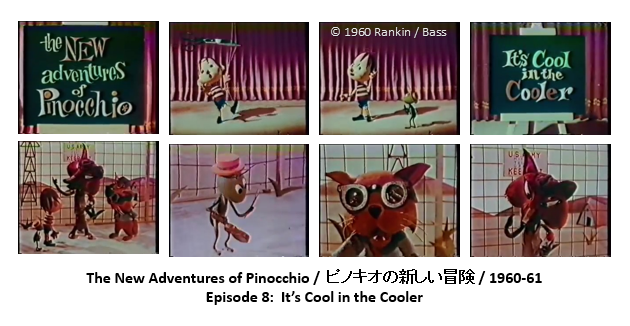 Meanwhile, animation pioneer Tadahito ‘Tad’ Mochinaga (持永 只仁, 1919-1999) and his studio MOM Productions had been recruited in 1958 by the American production company Videocraft, run by Arthur Rankin, Jr. and Jules Bass, to help them bring their vision of Animagic to life.  Videocraft, which changed its name in 1968 to Rankin/Bass would go on to become famous for their Christmas Specials, but they began their MOM Pro collaboration with the TV series The New Adventures of Pinocchio (ピノキオの新しい冒険 / Pinokio no Atarashii Bouken, 1960-61)  - a total of 130 five-minute shorts for kids.  Unlike the Japanese black and white broadcast of Three Tales, these animated shorts were shot in full colour.  The New Adventures of Pinocchio were broadcast on Japanese television in 1963.

Although uncredited, The New Adventures of Pinocchio provided work for many important puppet makers and animators who would go on to shape the future of stop motion animation in Japan.  The puppets were made by Ichiro Komuro, Kyoko Kita, Reiko Yamagata and Sumiko Hosaka.  The animation was done by Hiroshi Tabata, Koicihi Oikawa, Fumiko Magari, and Tadanari Okamoto.


Tadanari Okamoto (岡本忠成, 1932-1990) receives an individual Special Mention on the list below for his first puppet animation, which was his graduate work for Nihon University.  Mentored initially by Mochinaga,  Okamoto would go on to become one of the two great puppet animators of his generation along with his friend Kihachirō Kawamoto. 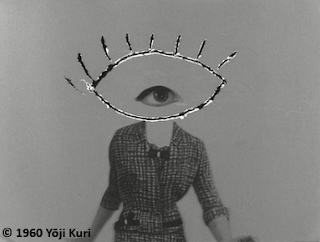 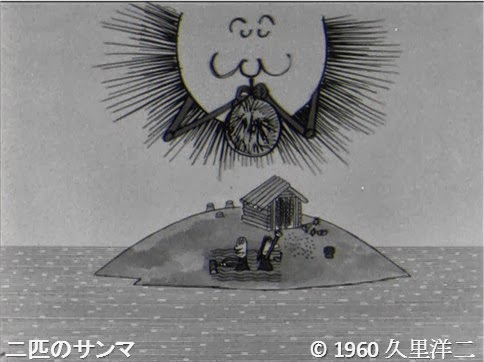 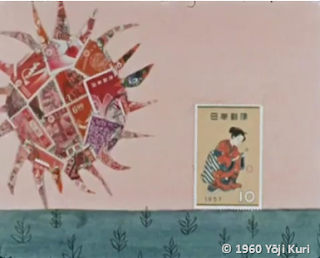 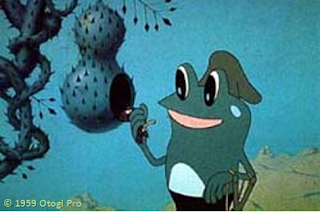 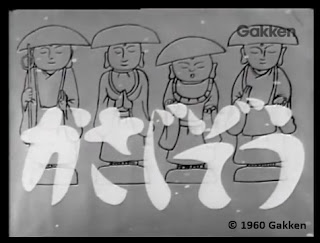 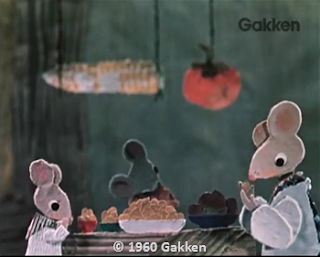 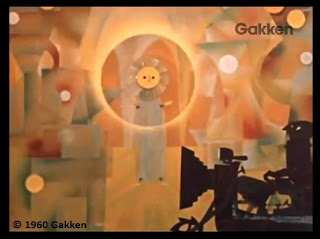 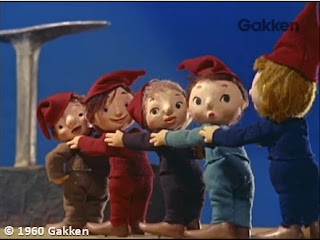 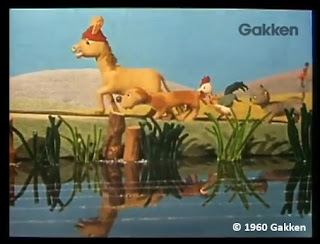 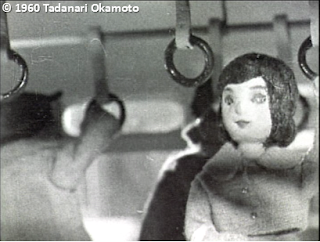