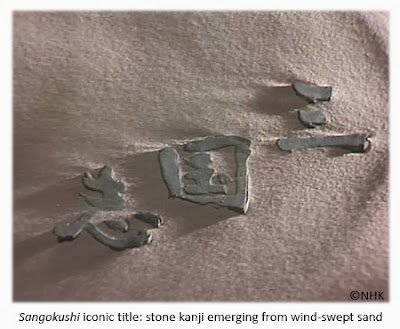 Luo Guanzhong’s 14th century historical novel Romance of the Three Kingdoms, known in Japan as Sangokushi, is often compared to Shakespeare when scholars describe the literary impact that it has had on East Asian culture.  At 120 chapters, it is an epic tale featuring almost a thousand characters – the majority of whom are historical figures from the final years of the Eastern Han Dynasty (25-220AD) and Three Kingdoms (220-280AD) periods.  The Three Kingdoms period was one of the bloodiest in Chinese History and the novel is filled with intrigues, rebellions, and warfare.

The tale has been adapted countless times in a variety of forms from manhua (Chinese comics) and manga to animation, from video games to epic films such as John Woo's spectacular Red Cliff

(2010).  One adaptation not so well known in the west, but culturally significant in Japan is the NHK’s epic two-year series Puppet Theatre Romance of the Three Kingdoms (人形劇 三国志 / Ningyōgeki: Sangokushi, 1982-4).   The puppets were designed and made by Kihachirō Kawamoto, the legendary puppet animator who passed away in 2010, assisted by his team of puppet artisans.  Outside of Japan, Kawamoto is famous for his stop motion films, but inside Japan he is known for the puppets he made for Sangokushi and the Historical Doll Spectacular: The Story of Heike (人形歴史スペクタル平家物語/Ningyō Rekishi Supekutakuru: Heike Monogatari, 1993-4). 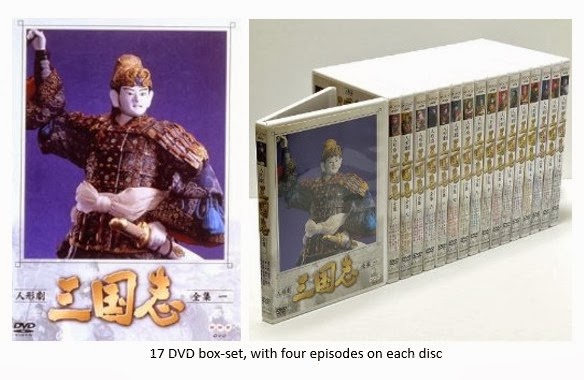 Very little has been written about these two series in English or other European languages because of their lack of availability.  I have been wanting to watch the series for a long time but have been hindered by the fact that I am not in Japan and the DVDs are expensive – 17 DVDs (JP only, no subs) released in 2002 with a list price of ¥5,040 apiece.  The series is now available on NHK on Demand, but unfortunately this is region blocked.  Last year, I discovered that a close family friend is also a fan of Sangokushi and he generously gave us a copy of the complete series. Starting the 1st of December, my husband – aka my portable English-German-Japanese dictionary – and I have pledged to watch an episode a week for the next 68 weeks so that I can review the entire series for Nishikata Film.  Along the way, I will share tidbits that we have picked up from books and articles about Kawamoto and the making of the series. 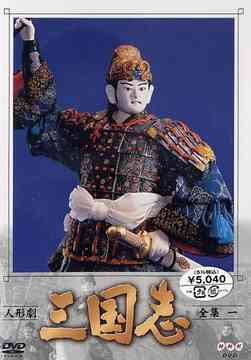 There are a number of challenges to reviewing this series.  The main one has to do with the names of the characters.  The novel The Romance of Three Kingdoms

is based on historical events and figures as well as myths about this era gleaned from oral traditions.  The historical figures usually have at least two names: their given name and their style name (aka courtesy name / 字 / zi), which is a name bestowed upon a person at adulthood in addition to their given name.  The English translations of the novel use the standard Pinyin (official phonetic system for transcribing Chinese characters into Latin script) names, but these are often very different from the common Japanese names for these characters.  I have put together a complete character guide which I will be updating /correcting throughout the series.  At the beginning of each episode review I will identify the key figures appearing in that episode with their names in kanji, and hiragana, and English (i.e. as they appear in Charles Henry Brewitt-Taylor’s translation of Luo Guanzhong’s The Romance of Three Kingdoms

which I will also be referring to throughout the series). 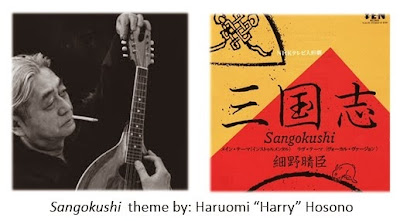 At the moment I only have the names of the key crew members who worked on this epic production.  I am in the process of tracking down the names of the puppet artisans who worked with Kawamoto and the puppeteers who worked under the NHK’s top puppeteer Mariko Itoh.  The dramatic incidental music was composed in-house by Yoshirō Kuwabara on many dramas from the early 60s to the mid-90s.  Sangokushi’s famous theme music was composed by the legendary musician Haruomi “Harry” Hosono, a key member of the bands Happy End and the Yellow Magic Orchestra (with Yukihiro Takahashi and Ryuichi Sakamoto).  A bit of interesting trivia: Harry Hosono is the grandson of Masabumi Hosono, the only Japanese passenger on the Titanic when it sank.  His tale of survival and unnecessary public shaming by the media is a fascinating clash/muddle of Western and Japanese cultural expectations/prejudices and well worth looking into if you’re not familiar with his story. 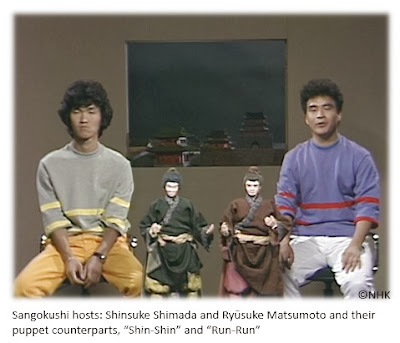 The performances were done by puppeteers on elaborate sets who stood underneath the large rod puppets and manipulated their movements (eyes, hands, etc.) using rods.  The voices were done by established seiyū (voice actors).  As there are hundreds of characters in the story, the seiyū did multiple characters.  Below, I have listed only the main characters that they played in the series.  Most of the actors voiced other more minor roles.  The female seiyū also do the voices of children and youths – with some of the youths growing into adulthood and being taken over by male seiyū.  I have been having trouble finding the furigana for the names of many of the female characters.  I will fill in / correct names as they appear in the series and I either see how they give the name in furigana onscreen or how they are called by other characters.

Character names are given English / Chinese / Japanese followed by the style name if I came across it.  Character descriptions are based upon wikipedia pages of the real historical figures.  All characters are historical figures unless noted otherwise.  For more information see the List of fictional people of the Three Kingdoms and the List of people in the Three Kingdoms. 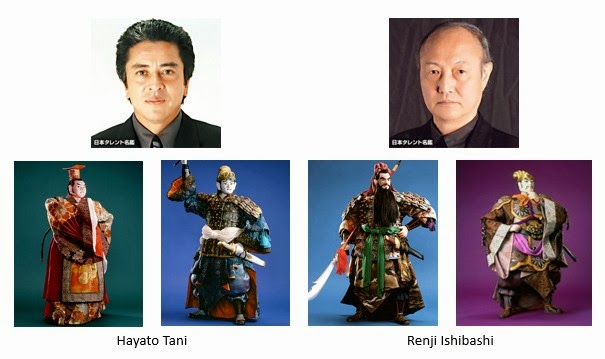 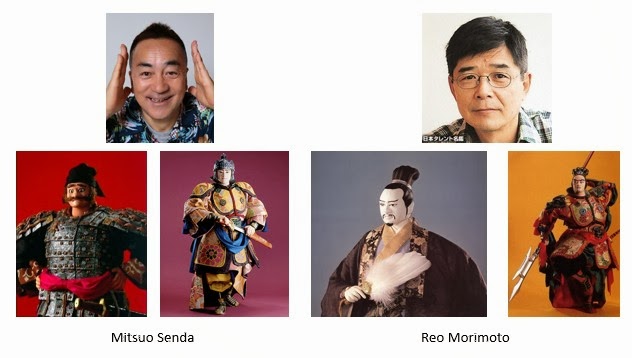 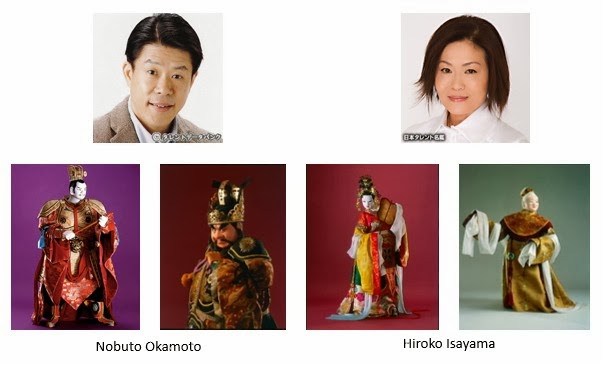 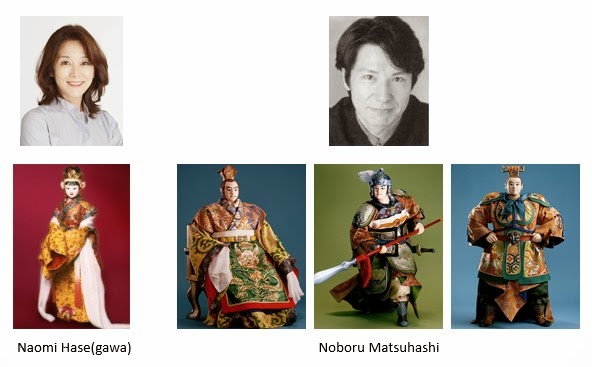 Next:  Episode 1: The Oath of the Peach Garden / 桃園の誓い / Tōen no chikai
Posted by Cathy Munroe Hotes at 4:01 pm