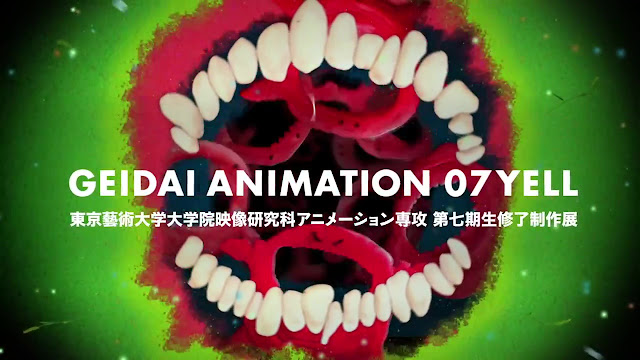 The seventh graduating class of Tokyo University of the Arts (Geidai) has summed up their collective artistic efforts with the slogan “Yell”. It is meant to capture the spirit of not only the finished works but also their “motivation for creating animation, the act of creation.” They pledge to “achieve the fruition of that yell that resides within each of us, and not to achieve an idealized goal demarcated by the [graduating class’] exhibition.”  The trailer for this year was directed by Keigo Ito with Ryotoro Miyajima as the assistant director and Erica Ohyama as production assistant  Many other students contributed to the art, animation, editing and special effects.

I was delighted when I discovered at Hiroshima 2014 that Kansai animator Mika Seike would be in the class of 2016. I first discovered Seike’s work back in 2006 when I saw her film Fishing Vine (2005) in a screening of Tokyo Loop at the Image Forum Cinematheque in Shibuya. After the screening, I purchased the DVD Thinking and Drawing (2005) in the lobby of the cinematheque on my way out and discovered her early works Place Where There are Moths (2001) and Dialogue Between Two (2004). I was quite taken by the texture of her works and her poetic use of visual motifs to create meaning. After spending some years teaching, she undertook the master's programme at Geidai to take her animation to the next level.  In her new works she has become more minimal in her expressive use of animation, focussing on the sensuality of petting a cat in A Black Cat (2015) and on the subtleties of movement and repetition in Starting Over (2016).

Apart from Seike, the other MA students were all recent graduates of art colleges and film schools. Of the twelve graduating students, only two were men, continuing the recent trend in women dominating the study of animation at art colleges in Japan. Another trend at Japanese post-secondary institutions in general is the internationalisation of the student body. This class features four East Asians: Yikun Wang from Shanghai, Xuequin Shao from Beijing, Xinxin Liu from Dalian, and K. Chayanit from Bangkok. The Japanese students were not just from the Tokyo area but from further afield, giving the class a good mix of cultural backgrounds. Takuto Katayama from Fukushima, for instance, expressed his emotional journey in the wake of the 2011 disaster in his native prefecture in his graduate work In Inertia (2016).

As always with Geidai graduates, the calibre of the works is very high and they represent a wide variety of styles including hand drawn, CG, stop motion, mixed media, pixilation, and more. After my initial screening, my three "ones to watch" are: Xinxin Liu, who has a real flair for use of colour, humour, and movement; Iku Ogawa, whose I Think You Are a Little Confused had a dark vibe reminiscent of Eastern European stop motion; and Madoka, who has a unique design aesthetic and a wonderfully dark sense of humour.  Madoka’s first year work was done in 2014 – a darkly amusing short film called GYRØ (watch here) that screened widely at international animation festivals. If you can’t afford the DVD, keep an eye out on Geidai Animation’s official YouTube and Vimeo channels next year to see if they get posted there….. or head over to those sites now to watch the works from previous years of Geidai students. 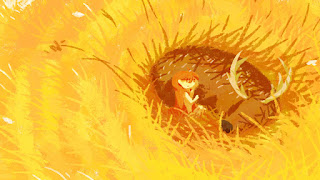 Red Forest 10’06”
“Amii runs and runs on a bloodstained earth, through dark forests and warm fields. She keeps running in fear.”


Yikun WANG (王祎坤/オウ・イコン, b. 1989), was born in Shanghai. Wang says that he is interested in making films that appeal to “the viewer’s spirit of childhood.” 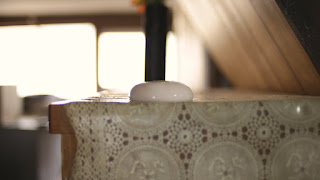 Calling You
おもかげたゆた / Omokaketayukta / 9’23”
“This is the first letter addressed to you. A voyage to trace the vague images of memories.”

Hitomi OHTAKARA (大寳ひとみ, b. 1988) did her undergraduate degree in Design Informatics at Musashino. You can follow her on tumblr, vimeo, and twitter. 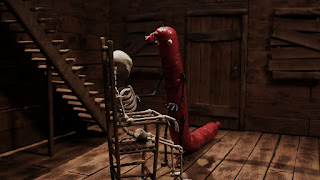 Iku OGAWA (小川育) was born in Tokyo. He has a degree in Graphic Design from Tamabi (2012). You can follow him on twitter, blogspot and tumblr. 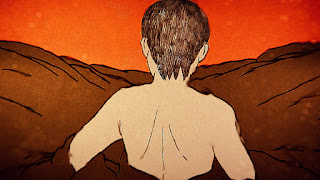 In Inertia
愚図の底 / Guzu no Soko / 7’30”
“From that day an anxiety started to root in the man’s room. He just keeps walking [so as] not to sink in[to] listlessness. This is a document to reflect my own anxiety arisen after the Fukushima nuclear disaster.”

Takuto KATAYAMA (片山拓人, b. 1989) was born and raised in Fukushima, where is experienced the 2011 Tōhoku earthquake and its ensuing disasters. He studied design at Nihon University (2012). He does illustration and design in addition to animation. Check out his profile on vimeo or YouTube, or follow him on twitter. 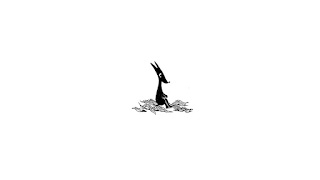 Dear Little Tim
3’09”
"Little Tim reveals how he understands his little universe through his unique ways of expressing feelings and emotions."

K. Chayanit (K・チャヤーニット/ Kiatchokechaikul Chayanit / b. 1990) is from Bangkok, Thailand where she graduated from Sipakorn University with a degree in Decorative Arts (2012) 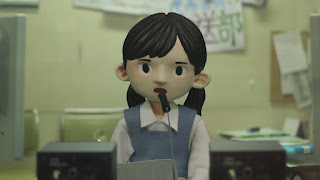 The Question
アンケート/ Anketto / 8’58”
“An attitude survey on bullying was conducted at a junior high school. . . a question in that questionnaire if there was any [fault] on the part of the bullied. One student answered “yes.” This [becomes] the top news [at] the school.” 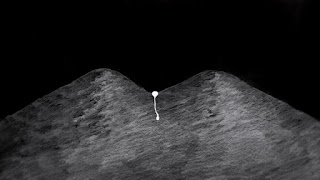 Out of My Mind
6’47”
“In my deep dream there comes the landscape in my shapeless eyes. The peaceful sign gradually distorts. When anxiety and upsurge stands behind us, the nightly liberation begins.”

Tomomi KOMAZAKI (駒﨑友海, b. 1991) was born in Tokyo and studied Visual Design at Joshibi (2014). You can follow her on tumblr and vimeo. 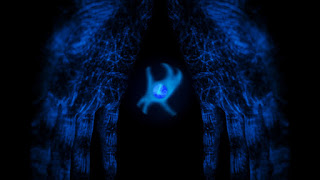 Awakened Seed
4’44”
“Memories from the ancient times have been engraved on his body. ‘Where do we come from?’ he asks, ‘Where are we going?’ Would the light guide us there? This is a journey of blind pursuit [of] wisdom.” 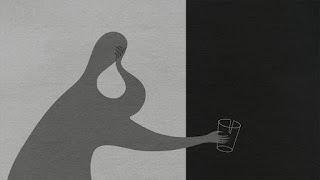 Starting Over
ふりだし / Furidashi / 8’22”
“You always stumble before [you] reach. The glass in your hand gets chipped every time. Then everything starts again from the start. There are, however, things you can discover only through repetition. The answer resides in yourself.”

Mika SEIKE ( 清家美佳, b. 1974) is from Kansai. She started making independent animation films in 2001. After working for many years in the field of education, Seike rejuvenated her animation career at Geidai in 2014. Learn more about her through my reviews of Thinking and Drawing: Japanese Art Animation of the New Millennium and Face to Face (お向さん2007). You can follow her on twitter to learn more. 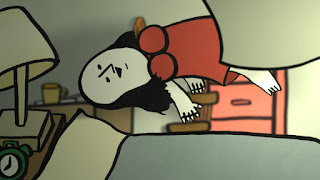 To Heel
愛のかかと/ Ai no Kakato / 10’05” “These girls live by the law of heels. As painful as the codes may be, they’re also the source of so many of their secret pleasures.”

Madoka (円香, b. 1990) was born Madoko Saito in Chiba, but prefers the singular nom de plume “Madoka”. She majored in animation at Tokyo Zokei University’s Department of Design (2012). 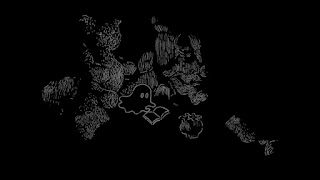 4 Stories
物語たちへ / Monogatari-tachi e / 5’20” “You can hear three stories, and see one story. That makes four different stories [told] at the same time.”

Mio YAMANAKA (山中澪, b. 1990) was born in Ehime and graduated from the Department of Human Expression at Kobe University (2013). 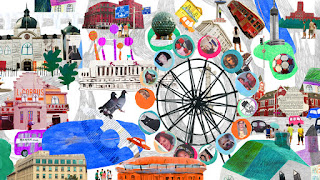 At the Mouth of Summer
夏の女神の口の中
Natsu no Jōshin no Kuchi no Naka / 5’49”
“The beach is packed in a Chinese resort. People are enjoying the summer holidays. An abrupt thundershower makes them run around in a flurry.” 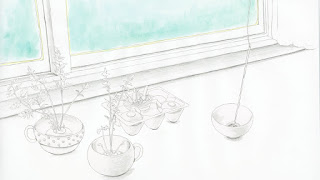 Dozing on Doomsday
微睡みの終末
Madoromi no Shūmatsu / 9’52”
“Provided the world ends tomorrow, what would we want in the last day of grace? A beam of light embraces a woman and a man then, the world gently closes its eyes.” 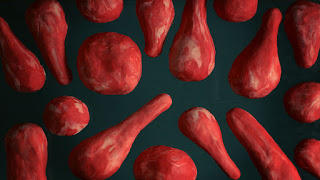 Bugburger
バグバーグ
“In a dimly lit kitchen as a chunk of meat is sliced, bugs creep out from the cut. Ordinary action like cooking transforms [it in]to the weird and the creepy.”
Hitomi OHTAKARA (大寳ひとみ) – see profile above. 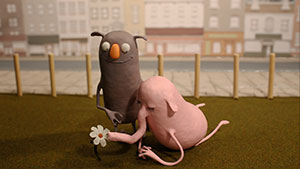 I Wanna Be Your Friend

“For friendship it is the most important to be cooperative.”
Iku OGAWA (小川育) – see profile above. 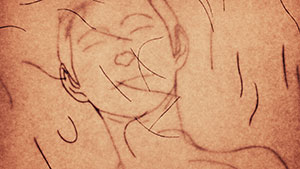 Melting Down
すごやかな歪み
Sugoyaka-na Yugami
“The fear to be ruined calmly without any conscience. Everybody is getting distorted soundly and gently.”
Takuto Katayama (片山拓人) – see profile above. 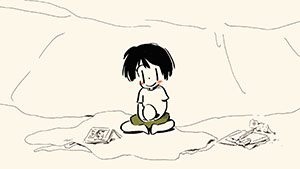 Will Hatching Day Come?
“This is a story of a little girl who believes she can hatch an egg one day if she keeps warm.” 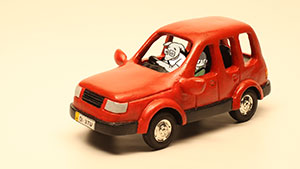 Fair Winds
はるのかぜ / Haru no Kaze
“One day when I came home, I found my mother [had] become a cat. Unfamiliar appearance of the parents confuses the child. Yet, the time of the parents and the child passes quietly like a spring breeze.”
Eri KINOSHITA (木下絵李) – see profile above. 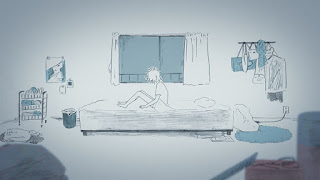 Templex
“One morning in the rainy season. A woman with curly hair wakes up. Phantasmagorical images of self-hatred come to her one after another.” 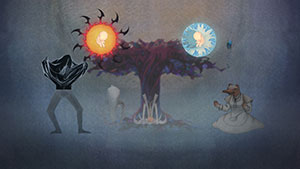 Crossing Sight
“Various visions of life and death, as seen from an operation table. Did the operation succeed? Is the patient still alive?” 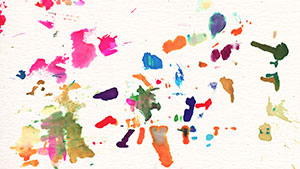 Color Blots
シミアソビ
“A game to find image in a chance. In this Aleatoricism there are much more potentials than what I have moved.”
Saori SUZUKI (鈴木沙織, b. 1988) is a painter and sculptor in addition to making animation. Follow her on tumblr. 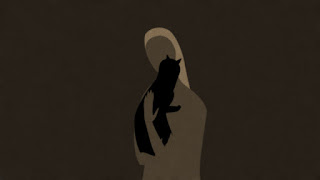 A Black Cat
黒い猫 / Kuroi Neko
“It consists of only [a] woman who keeps caressing a resisting cat.”
Mika SEIKE (清家美佳) 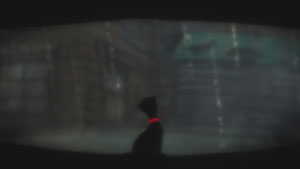 Tomoko TAKAYA (高谷智子, b. 1992)  was born in Tokyo,  A graduate of Musashino Art University's Department of Imaging Arts and Sciences, Takaya began her MA studies at Geidai in 2013. 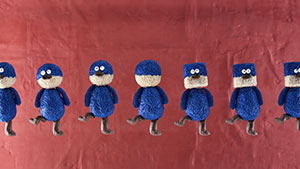 Misfit Lil’ Sparrow
チュン子のなんで？
Chunko no Nande?
“A little sparrow, Hanko, cannot make her head still like other sparrows. She wonders why.”

Yuriko NODA (野田ゆり子, b. 1992) is from Chiba.  She has a majored in oil painting during her undergraduate studies at Tokyo University of the Arts (Geidai). Upon graduation she began her MA studies in animation at Geidai in 2014. 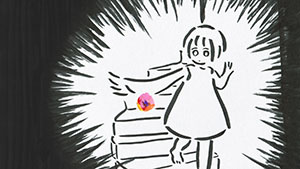 and, end
えんえん
En en
“‘Someday, this will end. I hate it. I wanna live forever,’ murmurs a girl over and over again. Does she repeat the same moments, or does she move forward? It looks and sounds either way. A wordplay animation.” 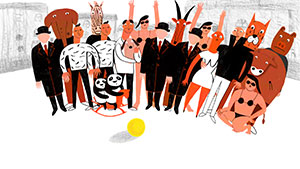 The Yellow Ball
“A mysterious yellow ball falls down into the present city across time and space. It involves many people and unfolds various dramas.” 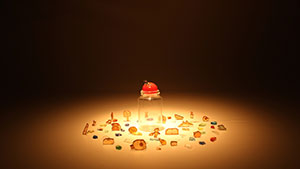 mind scape
“The things are formed in the mind from the casual scenes of daily life. These [imaginings] accumulate and make an assembly of fantasy.”