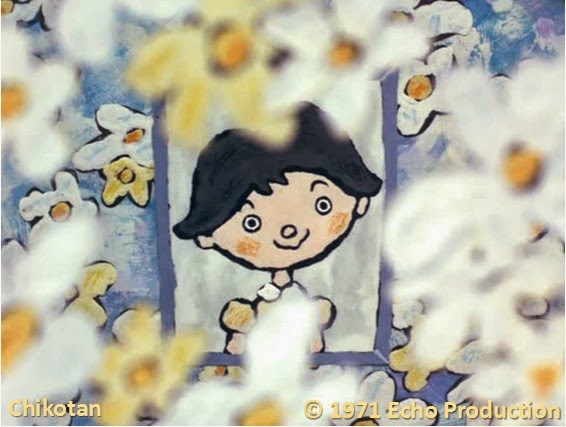 Ilan Nguyen’s second programme of Japanese Auteur Animation opened with the animation of Tadanari Okamoto (岡本 忠成, 1932 – 1990), an animation genius whose work has been little recognised overseas.  As Okamoto made educational films aimed at Japanese children and adaptations of Japanese folk tales and legends, many of which are challenging to translate, Nguyen speculated that this may have been the reason his films were not distributed overseas.  In Japan, Okamoto is recognised as one of their top animators, having won the prestigious Noburo Ofuji Award for innovation in animation more times than any other animator. 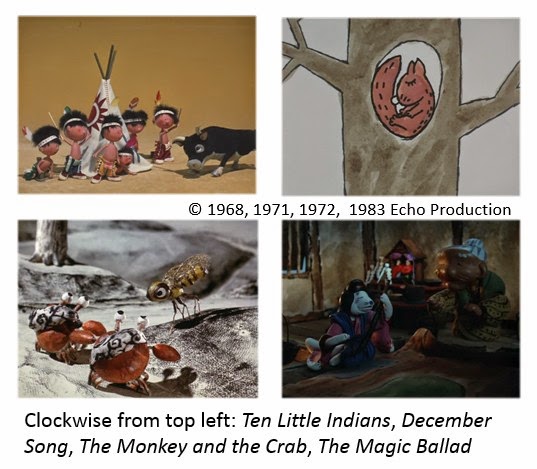 Nguyen presented an overview of Okamoto’s career, beginning with his decision to return to university (an unusual thing to do in Japan, even today) to study filmmaking after seeing Czech puppet animation.  After completing his studies at Nihon University, Okamoto was mentored by Tadahito Mochinaga at MOM Productions where he worked on the Rankin/Bass productions The New Adventures of Pinocchio (ピノキオの冒険, 1960-1) and Willy McBean and his Magic Machine (1965).  He then set up his own studio Echo Productions in 1964 where he was to make nearly 40 films before his untimely death at the age of 58.  Nguyen spoke about the dedicated team of people who Okamoto employed at Echo Production who worked well together and contributed to the excellence of his films.  This team included puppet artisan Sumiko Hosaka (保坂純子, b. 1930), puppet maker / animator Fumiko Magari (真賀里文子), who both teach at the Laputa Art Animation School, and cinematographer Minoru Tamura (田村実).

Nguyen also spoke about the special friendship between Okamoto and his fellow puppet animator Kihachirō Kawamoto (川本 喜八郎, 1925-2010), with whom he collaborated on the Kawamoto+ Okamoto Puppet Anime-Shows (1972-1980).  Kawamoto is an internationally recognised animation auteur, but as his work is widely available on DVD, Nguyen chose to shine his spotlight on Okamoto for the RICA audience.  He did; however, show a five-minute clip from a recording of a theatrical presentation of a scene from The Romance of the Three Kingdoms (三国志/Sangokushi, 1982-4) which was performed as part of the homage to the great puppet master after his death in 2010. 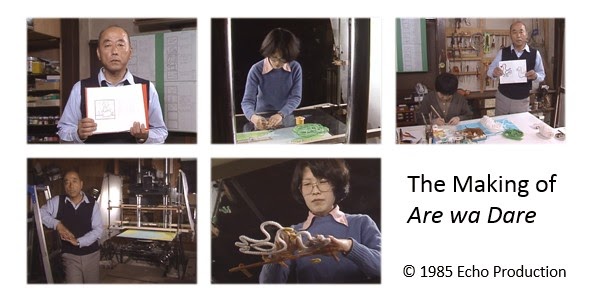 All of the Okamoto films Nguyen presented were on 35mm, which was a special treat.  Although the complete box set of Okamoto presents the films in their restored glory, there is something wonderful a about seeing the films in their original format.  The films were not subtitled, so Nguyen did live French interpretation.  The short documentary Making of Are wa dare , is a real treasure because it demonstrates in brief how Echo Productions makes a film from storyboard to character and set design to filming on an impressive multi-plane animation table in order to create depth of space.


Japanese Auteur Animation at RICA Wissembourg, Part 4 : Auteurs of the 2nd and 3rd Generations
Posted by Cathy Munroe Hotes at 6:42 am