Japanese Auteur Animation at RICA Wissembourg, Part 2: The Invention of the Animation Auteur 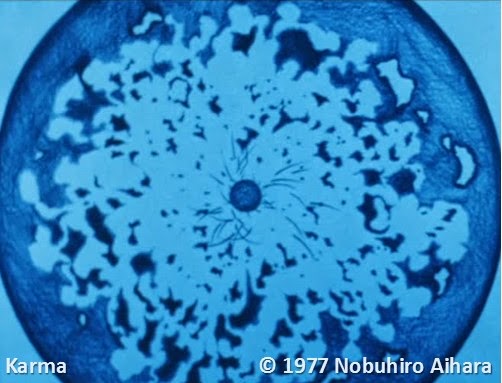 Continued from Part 1: The Beginnings of Auteurism

The Invention of the Animation Auteur
L'invention de "l'animation d'auteur" 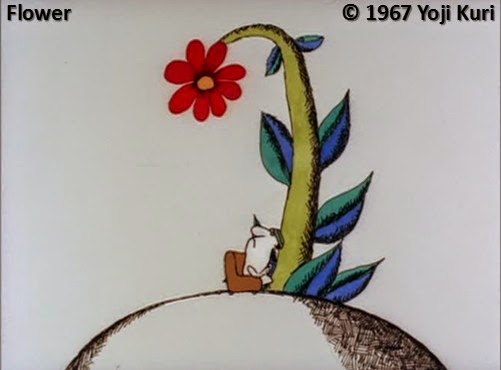 The idea of a Japanese animation auteur was arguably invented by experimental artist Yōji Kuri (久里洋二, 1928) in the 1960s.  A member of the Animation Group of Three (アニメーション三人の会), who inaugurated a series of animation festivals at the Sōgetsu Art Center in Tokyo, Kuri was also the first indie animator to actively promote his work at international festivals.  Kuri was a part of the counter-culture movement of the 1960s and his avant-garde, racy animated shorts shocked and delighted festival audiences in equal measures.  Nguyen screened Kuri’s 1962 film Clap Vocalism, which won the Special Jury Prize at the third Annecy (1963) and the bronze medal for animation at the 24th Biennale in Venice (1963).  Click here to read my full review of the film.  The programme also included the Kuri classics Love (read review) and Flower (review forthcoming).  Nguyen described Kuri’s style as anti-commercial and minimalist, with musique concrète.  His style and themes need to be understood in the context of the 1960s era of counter-culture that were formative for him. 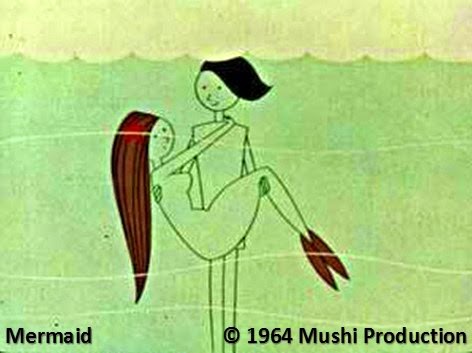 Whereas Kuri sought to shock and surprise with his art, his fellow animation auteur Osamu Tezuka (塚 治虫, 1928-89) sought to impress.  When the Animation Group of Three expanded into the 1st Animation Festival, Tezuka was one of a handful of animators to present their cutting edge works.  Nguyen showed Mermaid, one of two films that Tezuka presented at that festival.  Inspired by Claude Debussy’s symphonic poem Prélude à l'après-midi d'un faune (arranged by Isao Tomita), Mermaid is an Orwellian tale of a young man’s unwavering desire for freedom in the overwhelming face of modernism.  The character design in minimalist, with Shigeru Yamamoto doing the original art and Kiyomi Numamoto assisting with the animation. 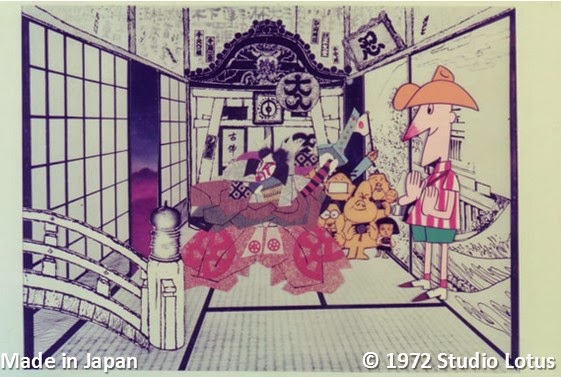 Another artist acutely aware of the changing face of Japan was Renzō Kinoshita (木下蓮三, b. 1936-97) who founded the Hiroshima InternationalAnimation Festival in 1985 together with his wife and artistic collaborator Sayoko Kinoshita (木下小夜子, b. 1945) (learn more about him).  Kinoshita’s films are concerned with social issues and Nguyen chose to open and close this section of his talk with key works by this innovative cutout animator.   Made in Japan (1972) is Kinoshita’s critique of the rapid modernisation of Japanese culture.  With tongue firmly in cheek, this film mocks the commercialism of 1970s Japan and explores controversial themes such as the Americanisation of Japanese culture, the destruction of traditional values in the pursuit of money. 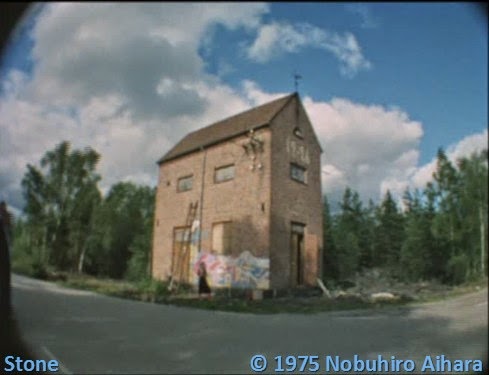 Made in Japan was followed by two films by Nobuhiro Aihara (相原信洋, 1944-2011), an experimental animator who hit his stride in the 1970s.  Although Aihara loved to travel overseas and meet fellow artists abroad, his works are rarely shown outside of Japan. The only works that are readily available are the collaborations he did with pop artist and colleague at Kyoto University of the Arts Keiichi Tanaami, which appear on DVDs released in Japan and France.  Stone (1975) is an experimental animation shot using pixilation and other avant-garde techniques during a six-month stay in Sweden.  Key images include Rorschach paintings on paper shot on natural stones and a time-lapse sequence of a brick house being painted shot with a fisheye lens.   Karma (1977) has a more psychedelic feel to it, thanks in part to the soundtrack – “Aegean Sea” by Greek psychedelic / progressive rock band Aphrodite’s Child.  The swirling, mandala-like imagery is a characteristic motif of Aihara’s work, appearing in many of his animations, paintings, and illustrations (see: Hiroshima 2010 poster).  Learn more about Aihara in the obituary that I wrote in 2011. 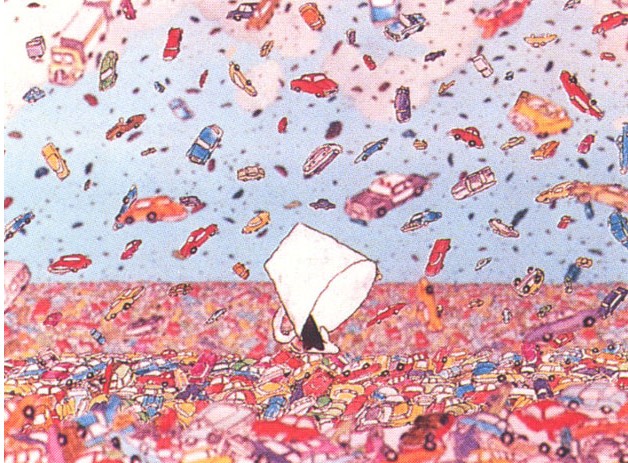 Taku Furukawa (古川タク, b. 1941) is one of the best known independent animators in Japan.  He began his career being mentored by Kuri, but then went on to found his own studios.  His pared-down caricature style was heavily influenced by the style of the New Yorker cartoonist and illustrator Saul Steinberg.  Furukawa won the Special Jury Prize at Annecy in 1975 for his innovative film Phenakistoscope and the Bungeishunjū Manga Award for his publication The Takun Humour in 1978.  A few years ago he succeeded Kihachirō Kawamoto as the president of JAA (the Japanese Animation Association).  Nguyen presented one of Furukawa’s classic work Coffee Break.  Read my review of it here. 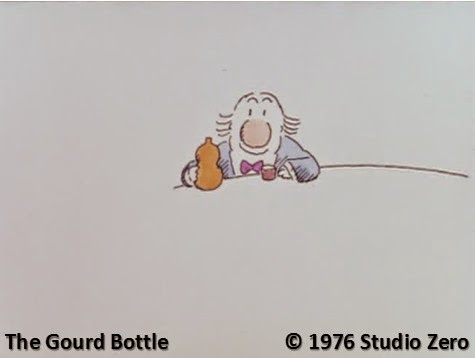 Shin’ichi Suzuki, who featured in the first part of Nguyen’s presentation for his work at Otogi Pro, went on to found his own production company Studio Zero in 1963.  Nguyen was unable to get his animated short Bubble as originally planned, so he showed The Gourd Bottle (ひょうたん, 1976) instead.  It’s a very funny, caricature style short about a drunk with a magic gourd bottle (aka calabash – a squash-like fruit that can be dried and used as a bottle).  Suzuki has been the director of the Suginami Animation Museum since 2005.

Nguyen chose to close the 1st of his 2 programmes with Kinoshita’s 1978 film Pica-don.  I thought that this was a good idea because the experience of watching Pica-don, an animated depiction of the bombing of Hiroshima based upon witness testimonies and drawings, is very intense.  One really needs some quiet time afterwards to process the horror that the film evokes.  Read more in my full review of the film and accompanying picture book.

Posted by Cathy Munroe Hotes at 5:41 am