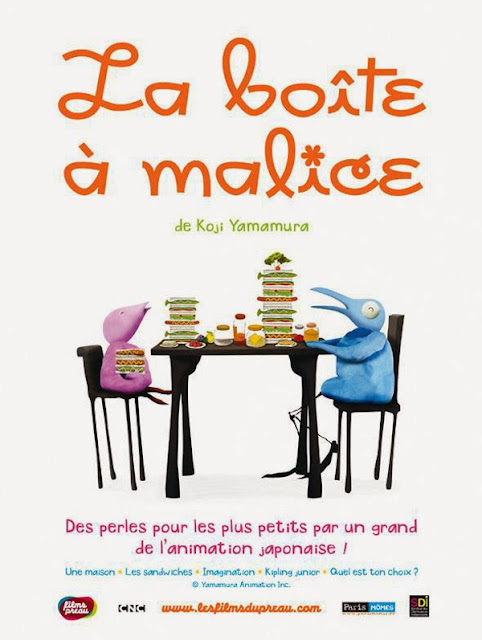 The French have always been ahead of the game when it comes to taking film and animation seriously as art forms.  Thus it comes as no surprise that Arte, the French/German arts TV channel, would come out with a series of animation DVDs for kids featuring the some of the best of independent world animation.  It's a wonderful alternative for parents looking for quality entertainment for their kids.

In addition to La boite à malice (Box of Mischief, 2012), a DVD of Kōji Yamamura’s animated shorts for children, the Arte Editions for kids includes DVDs of animation by Břetislav Pojar, Paul Grimot, Rodolfo Pastor (whose darling Capelito shorts I recall seeing on Japanese TV), Xiaonghua Hu (Shanghai Animation Film Studio), Lotta and Uzi Geffenblad (Zig Zag Animation, Sweden), and much, much more.  It is a wonderful selection of films, my only disappointment is that the German branch of Arte did not follow suit with German language editions so that I could order them for my kids and family friends.

La boite à malice features five Yamamura shorts:  the three Karo and Piyobupt shorts (1993, strangely in reverse order as on the Japanese DVDs), Kipling, Jr. (キップリングJr. , 1995), and What’s Your Choice? (どっちにする？, 1999).  What’s Your Choice? Came out of animation workshops that Yamamura did with children in the States and in Japan. My kids love the Karo and Piyobupt (カロとピヨブプト, 1993) shorts, which originally aired on the NHK and were followed by the spin-off series of short-shorts called Pacusi (パクシ, 1995).  Not only are they aesthetically beautiful with super-cute original characters, but the stories are told with humour.  When my kids were small they were particularly delighted by the use of onomatopoeic words like paku-paku (for eating) and would mimic them. 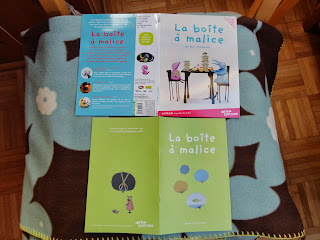 Although I already own copies of Yamamura’s kids’ animation, I just had to add this one to my collection to see how the film was packaged.   There is an accompanying booklet with games for kids such as design your own house like Karo and Piyobupt do in A House (おうち), 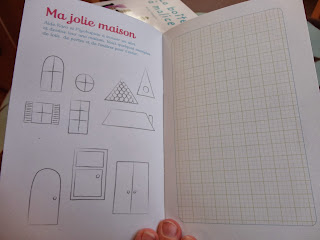 spot the difference using a character from What’s Your Choice?, 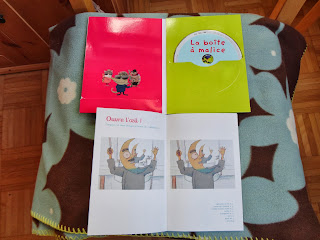 a design-your-own sandwich game inspired by A Sandwich (サンドイッチ), 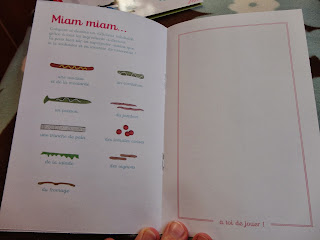 a “who is who” game using silhouettes of characters from Kipling, Jr., 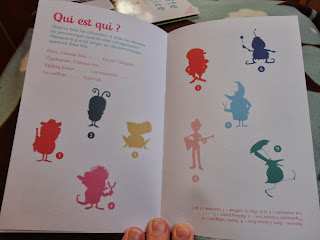 an imagination bubble game inspired by my favourite of the shorts Imagination (aka A Rainy Day /あめのひ), and a crossword puzzle using instruments found in Kipling, Jr.  The booklet is really too sweet to consider giving to kids to destroy – I made my daughter colour photocopies instead. 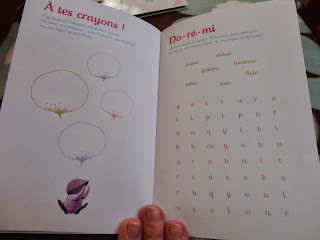 Yamamura has made many other animated shorts for kids which could easily have been included, but as the NHK is involved I imagine that doing a complete works would have made the DVD too expensive for parents.  Yamamura has also illustrated many books for children that are well worth collecting.

La boite à malice can be ordered via the Arte Boutique.