Top Animated Shorts of the Decade 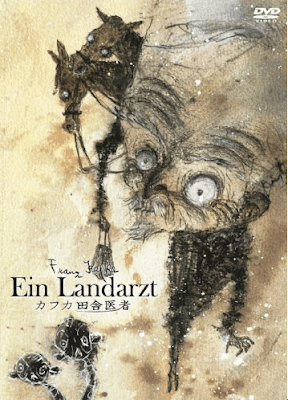 The first decade of the twenty-first century has been a rich one for art animation in Japan. There has been a veritable explosion of young animation talent in a broad range of animation styles including puppet animation (Murata), installation (Ishida, Kosemura, Tabaimo), charcoal (Tsuji, Yokosuka), and stop motion (Yonesho, Rinpa Eshidan, Takeuchi). Computer animation has developed considerably as an art form with artists like Oyama and Seike making truly fascinating pieces by animating scanned materials ranging from leaves (Seike) to human flesh (Oyama). Many artists like Yamamura and Murata have used computers to enhance their traditional animation techniques with spectacular results. Other artists like Tanaami, Aihara, and Ito have continued to demonstrate the unique art of 16mm filmmaking.

The NHK program Digista has in the past decade done a lot to further the promotion of short animation as an art form. New young artists like Takeuchi, Akino Kondoh, Mizue, and Iki have all had their work promoted there. The biggest success story to have had his work showcased by Digista is Kunio Katō who went on to win the Oscar last year for best short animation with his film Tsumiki no ie. Image Forum has continued its efforts in the promotion of art animation and experimental film. Their omnibus collections Thinking and Drawing and Tokyo Loop were received warmly by audiences in Japan and at festivals around the world. Other great animation moments of the past decade include the collaborations of Aihara and Tanaami – particularly their live Animation Battles.
I have selected forty films that I think are the best ones to come out of the past decade’s work. Many artists (particularly Murata) have been very prolific, so I have chosen a representative few out of the hundreds of amazing films that I have seen. The list is a spontaneous one rather than one that has been mulled over, so the ranking order should not be taken overly seriously. I do believe that Yamamura’s Kafuka Inaka Isha is hands down the best film of the decade, reflecting the maturation of his skills as an animator. This list is representative not only of the quality of the animation, but also my viewing habits and taste. A great many films have not been listed because I have not had the opportunity to see them yet (such as Yamamura’s Kodomo no Keijijyōgaku/ A Child’s Metaphysics, Ishida’s Ema/Emaki installations, and Tabaimo’s dolefulhouse). I am open to watching anything and am interested in promoting the work of young artists, so do let me know in the comments, or by e-mail, if there’s anything good that I have missed out on.
I am very excited about what the future holds for Japanese animation. While I know there is some general pessimism about the funding of independent film in Japan due to the recession, many of the artists listed here have been improving their techniques with each new film and I anticipate some real gems in the coming years. With Annecy celebrating its 50th anniversary and Hiroshima celebrating its 25th year 2010 promises to be a very exciting year for art animation not just in Japan but around the world.
Many thanks to all those who have supported my blog in 2009 though links on their websites, words of encouragement, comments on review posts, and so on. Particular thanks are due to Tomoyasu Murata and his staff (ありがとうございます！), Martin Viellot of EigaGo!Go! & Ecrans d'asie (Merci beaucoup et je te souhaite une bonne année!), Benjamin Ettinger of Anipages, Chris MaGee & Marc Saint-Cyr of jfilmpowow (see you in July at Shinsedai!) , all the folks at Nippon Connection (Freues Neues & wir sehen uns in April!), Klaus Wiesmüller of JFFH (Ich versuche dieses Jahr zu kommen!), Jasper Sharp & Tom Mes at Midnight Eye, and the folks at Cdjapan. Appreciation also to TAB, Nihon Distractions, & Artaud & ANN & Nico M.
Extra shout outs to Stefan, Lukas, Anna, Laura, Michelle, Ellen, Bettina L., Jan C., Ushka, Roberta and Nadine.