For fans of art animation and experimental film, the ‘naughties’ have been an exceptional decade in terms of the wider availability of both individual films and collections. Previously, such films were only available to a lucky few privileged enough to have an animation festival, art house cinema, or cinémathèque in their community. The life story of an animated short usually went follows:

In the past decade, however, art animation and experimental film has become much more widely available and via video-streaming sites many filmmakers have picked up new fans who previously would not have been likely to encounter their work. Thanks to the efforts of companies like Geneon Universal and Image Forum, not to mention collectives like Anido, the complete works of significant animators have become available on DVD. Younger artists like Tomoyasu Murata, Naoyuki Tsuji, and Yasuhiro Yoshiura have worked hard to promote themselves either through self-incorporation (Murata) or coordination with other production companies. Some of the more farseeing entrepreneurs of the contemporary art animation scene like Yoshiura and Kato Kunio, have allowed their work to be made available on video streaming and downloading sites like Yahoo Japan and crunchyroll.
The order of the DVDs listed below is not a true ranking. There are too many variables to consider for such a thing. To be included in this list, the DVD merely had to contain content that I believe is of important cultural and historical content. I haven’t been able to view the recently released complete works of Takashi Ito yet, but as the other Image Forum DVDs are of such a high quality I presume that it is equally as good. Clicking on most of the images below will take you to the DVD’s listing at cdjapan.co.jp. Most of films do not require subtitles for enjoyment (exceptions: Okamoto, Kawamoto, Tezuka). Some more farseeing organizations like Ufer! do think about the international appeal of their artists (ie Tabaimo) and provide subtitles. Others, like Geneon, should really make more of an effort in this area. Some artists like Kawamoto and Tezuka can be found on DVD in English speaking countries. The exception to this is Naoyuki Tsuji, whose Facets DVD should be avoided (read why here) – his work does not require subtitles to be enjoyed.
I am looking forward to the 2010s and hoping that even more animation gems will make their way onto DVD or another digital format soon. To read about which ones, see my earlier piece here.
Complete Works of Tadanari Okamoto (Boxset, Geneon, 2009) 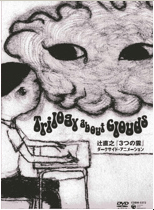 amazon lists this DVD as being out of print, but Tsutaya claims they have it 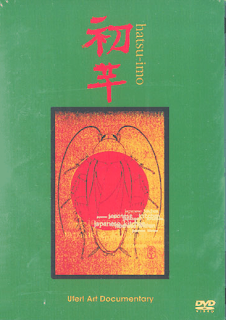 available for purchase at Ufer! 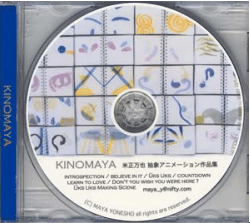 available for purchase at tomoyasu.net 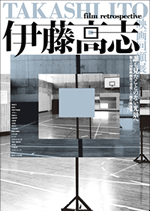