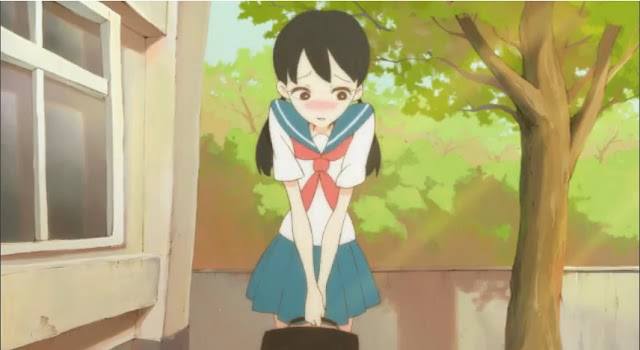 The Japan Media Arts Festival Dortmund 2011 put together a selection of award-winning and jury recommended animated shorts, music videos and commercials (CM) from the past decade. The thirteen works will be screening in the main cinema on September 24th at 19:00 and on October 2nd at 18:00. They also screen on a continuous loop on one of three TV screens in the exhibition itself where up to two people can watch at one time.
The animated shorts include two videos which have had much success online: Hiroyasu Ishida’s humorous Fumiko's Confession (2010), which is a great showcase of the young animator’s talent, and Riichiro Mashiro’s hilarious Ski Jumping Pairs (2003). Koji Yamamura’s A Child’s Metaphysics (2007) is a brilliant lesser known film by the master and Ryo Okawara’s Animal Dance, which made my list of Best Japanese Animated Shorts 2010 is also on the program. A low res version of Nobuo Takahashi’s Musashino Plateau has been online for some time, but it was much more impressive in high res at the festival.
Other animated shorts included Noriaki Okamoto’s unusual textured piece Algol (2008) about a world in which only machines and the scientist who created them exist. Yusuke Sakamoto, whose stop motion film Dandelion’s Sister (2007) totally blew me away at Nippon Connection 2008, was back with another atmospheric work, this time done in paint, about the end of a relationship.  Takeuchi Taijin is another great young animator, whose film A Wolf Loves Pork (2008) made my list of Top Animated Shorts of the Decade,  won recognition from the JMAF Jury in 2010 for his film a song like a fish, which I would describe as Tomoyasu Murata’s stop motion animation meets Takashi Ishida’s stop motion painting of interior spaces.
If I had been the programmer, I would have rounded the animated shorts out with Atsushi Wada’s In a Pig’s Eye (2010), Kunio Kato’s La maison en petits cubes (2008), Tochka’s PiKA PiKA (2006), Amica Kubo/Seita Inoue’s Bloomed Words (2006), Akino Kondoh’s The Evening Traveling (2002), Tomoyasu Murata’s Nostalgia (2001), or other worthy winners of the JMAF Animation Excellence Prize.
Although the music videos and the Nike commercial are all entertaining and very creative, it was odd having them mixed with the less commercial fare. I would have put them into a separate programme of their own.  There have certainly been enough creative music videos and CM winning awards at JMAF in the past decade and a half that it has been running to do so.  My hands down favourite of these is the music video Hibi no Neiro (Tone of the Everyday) which has used webcam technology in a most original way. The videos embedded below are all belonging to commercial works or those shared online by the artists themselves. Where possible, I encourage supporting independent artists with your wallet – which you can do by purchasing Koji Yamamura’s work – see my review of A Child's Metaphysics for purchasing options.
Fumiko's Confession
(フミコの告白, Hiroyasu Ishida, 2010)
natsu wo matteimashita
music video for amazarashi (夏を待っていました, YKBX, 2010)
Animal Dance 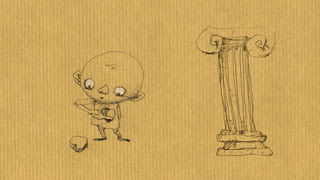 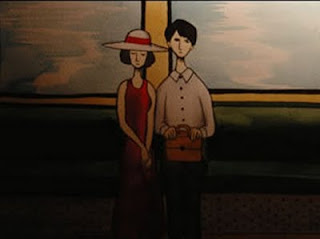 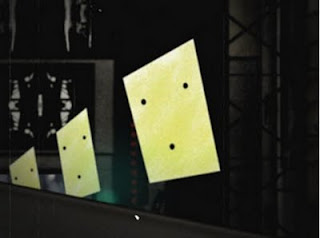 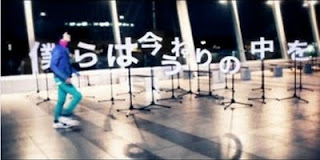 See how they made the commercial here.
(Naoki Ito/Frank Hahn, 2010)