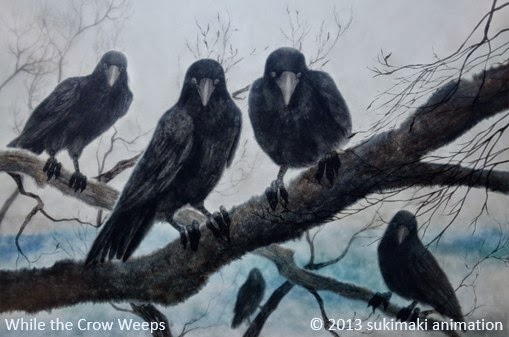 Thus it was a shock to many that no Japanese films made the cut at for the official competition at this year’s Hiroshima International Animation Festival.  After watching the official competition, and speaking to several jury members on the selection committee, it became clear to me that the lack of Japanese films reflected the sheer high number of films submitted this year – the selection committee had to trawl through a record-breaking 2,200 entries – and the high quality of the films selected.  The style and themes of the selected films was quite diverse, and I think it reflects well on the fairness of the jury that they did not consider throwing in some token local entries in a nod to their hosts.

Japanese animated shorts did show as part of the best of the student animation screenings, and a whole room next to the main entrance was dedicated to showcasing animations schools and works by their students.  There were also many past winners of festival prizes screened during retrospectives in honour of the festival’s 30th birthday.  At the first such screening, Macoto Tezka presented Legend of the Forest, Part 2 (森の伝説 第二楽章/Mori no Densetsu, Daini Gakushō, 2014) – the first phase of completing his late father Osamu Tezuka’s unfinished masterpiece Legend of the Forest.

On the final day of the festival, a screening called Japanese Animation Today (現代日本のアニメーション) presented a cross-section of works representative of independent animation from Japan.   The works ranged from “stars of the students” such as Ryōji Yamada, whose film Waiter won an Award for Excellence at Image Forum Festival this year, to more established indie artists such as CALF members Atsushi Wada, with his Channel 4 sponsored Anomolies, and Mirai Mizue with his crowd-funded international festival favourite Wonder. 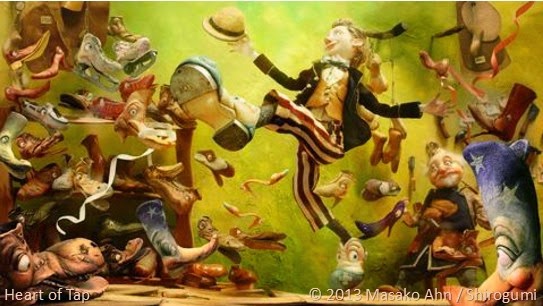 A puppet animation set in mid-20th century Europe about a pair of used tap shoes.  The puppets and sets are beautifully done, unfortunately the script needed to be tightened quite a lot.  The story and images from the animation have also been published as a storybook. 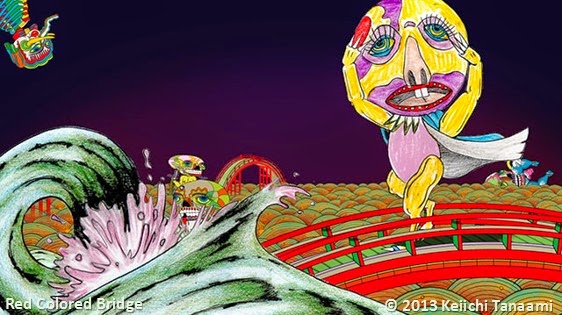 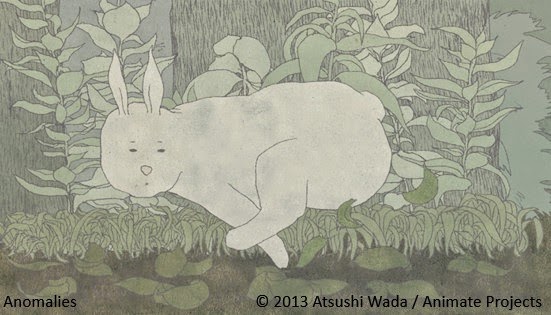 Wada’s contribution to the Channel 4 Animate Projects online exhibition space.  Drawn with his characteristic thin lines, Anomalies is a meditation on belief. 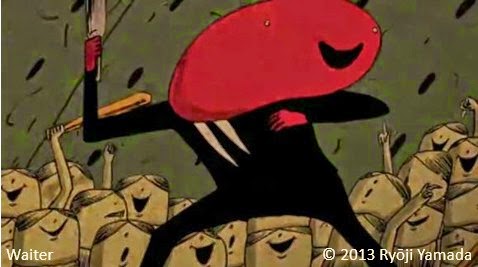 The surreal journey of a hardworking waiter as he goes out and gets drunk after work.  Winner of an Award for Excellence at Image Forum Festival 2014.  Watch it on vimeo. 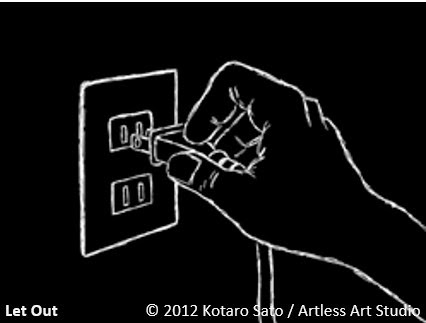 A short short about the link between nuclear energy and home use of electricity.

A dreamlike 3D animation set in a floating Castle-in-the-Sky-esque universe.  The film will be in the official competition at the Pia Film Festival, which will be held September 13-25 at the National Film Center.  Clips from the film appear from about 1:33 in Saitō’s Showreel. 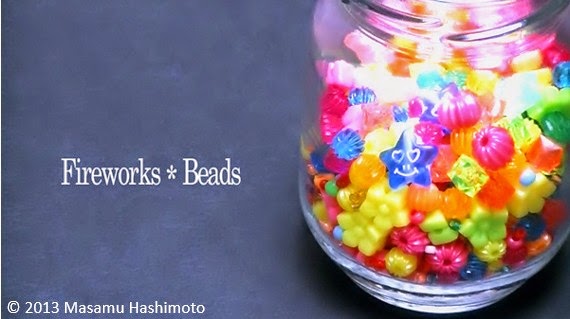 This clever stop motion film could be described as a cross between Ishu Patel’s classic NFB animated short Bead Game and a documentary on how to make a stop motion using beads.  The film first shows pixillated documentary footage of Masamu Hashimoto shooting the beads with tweezers and hands encased in plastic gloves, followed by the completed stop motion of those beads.  He then combines the various footage digitally, creating a wondrous display of stop motion fireworks made entirely of small beads.  Watch it yourself on YouTube. 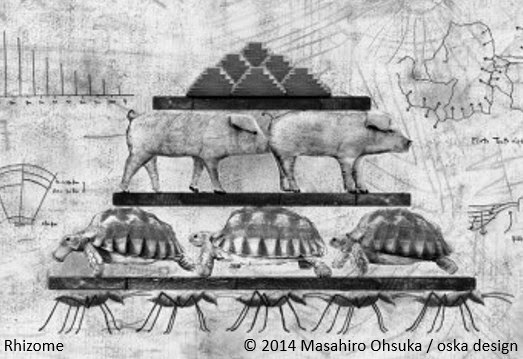 An experimental montage of hand-drawn images, Rhizome was inspired by the philosophy of Gilles Deleuze and Félix Guattari.  In his Berlinale 2014 profile, Ohsuke’s oeuvre is described as addressing “the relationship between nature and machine, the abstract and the concrete, the local and the global.”  Watch the official trailer.

The Osaka-based animation team of Makiko Sukikara (director/animator) and Kōhei Matsumura (screenwriter/producer) are young artists to watch.  Filmed on a multi-plane animation table, this beautifully painted film depicts the natural world in all its beauty and savageness.  Keep an eye out for my full review of his film in the near future.  For now, check out the official trailer. The film won a New Face Award for animation at the Japan Media Arts Festival 2013. 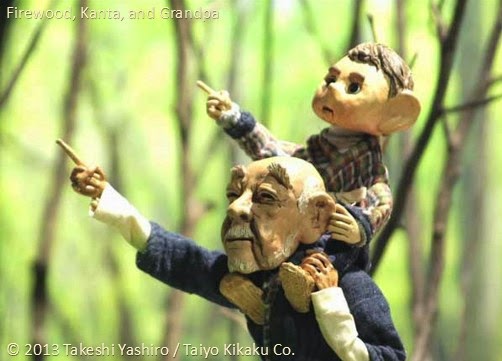 Kanta lives alone with his grandpa in the remote countryside.  One day, his grandpa gets sick and Kanta must face his fears of the woodshed in order to get the firewood they need to survive the cold winter days.  The puppets, sets, and stop motion are beautifully done in this film.  Like Heart of Tap, the other stop motion in this screening, the film suffered from a lack of editing.  It would have worked a lot better at a 10 minute max.  The film won Best Short in the Save the Earth! competition at the Short Shorts Film Festival and Asia.

A 3D computer animation with an egg motif. I didn’t really get the point of this one and have been unable to find any information about the animator online due to the fact that he has a very common name and no web presence as an animator. 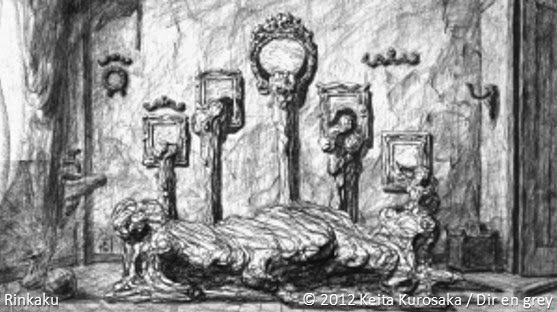 Rinkaku (Silhouette) is a music video for the popular Japanese metal band Dir En Grey.  The animation artist Keita Kurosaka and the band had previously collaborated on the cover art and music video for their 2006 single Agitated Screams of Maggots.  As you can see in the official trailer for the music video, Kurosaka employs his trademark grotesque sketch style to the band, transforming their faces into unrecognizable slime. 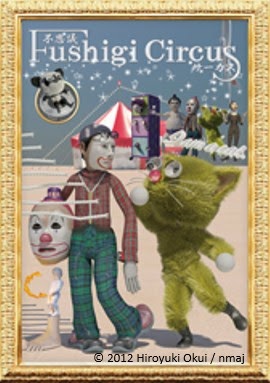 A 3DCG animation - Okui's first original project (as opposed to commissioned) in more than a decade. 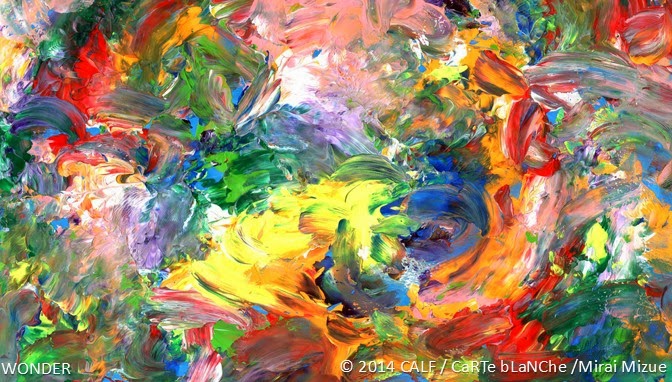 The result of a project that saw Mizue challenge himself to make 1 second (24 frames) of animation every day over the course of 365.  Backed by crowd-funding, the resulting film is a visual delight.  Read my full review here.  This film can be found on the CaRTe bLaNChe DVD/Bluray L’Animation Indépendente Japonaise, Volume 2 (FR/EN). 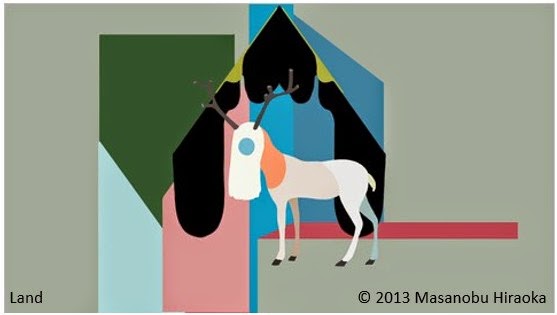 Masanobu Hiraoka’s animated shorts play with colour-blocking and metamorphosis.  Watching his films is like peering into a kaleidoscope.  His short, Land, with music and sound design by Aimar Molero, was a Vimeo Staff Pick.

Six amusing animated vignettes speculating on the sexuality of fish.  Each scene is placed in a row of what look like a cross between stained glass windows and test tubes.  They can be found online as gifs. 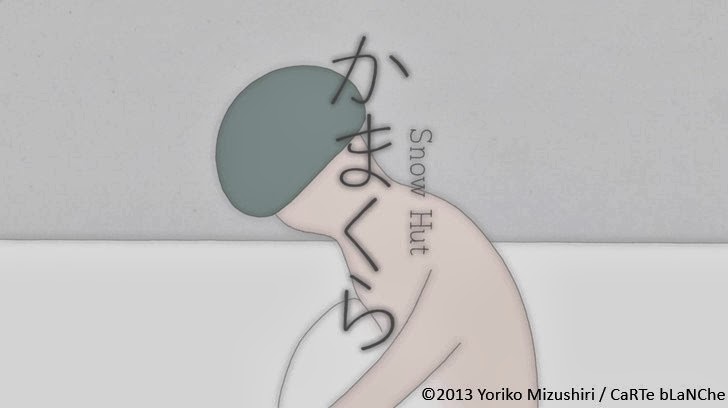 A minimalist animation inspired by the kamakura snow huts of Aomori Prefecture.  Read my full review here.  This film can be found on the CaRTe bLaNChe DVD/Bluray L’Animation Indépendente Japonaise, Volume 2 (FR/EN).

A tender depiction of the modernization of Japan, one of the country’s most turbulent eras, told through the relationship between a photographer and one of his subjects.  Read my full review here.