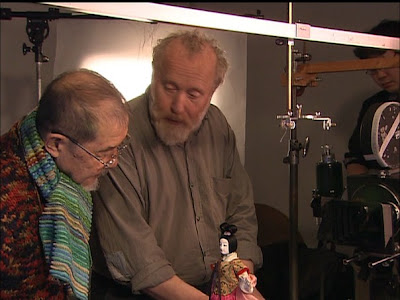 At 19:00, Ilan Nguyen led a conversation with Yuri Norstein about his longstanding and complex relationship with Japan.  In addition to having been a friend to his fellow animator Kihachirō Kawamoto, whom he still affectionately calls “Chiro” just as he did when Kawamoto was alive, Norstein is revered as a master of animation in Japan and has visited the country on many occasions.

Norstein discovered Japanese culture at a young age.  In his mid-teens, he found a small book of haiku poetry by Bashō in the library.  The book featured one poem per page – a clever editing choice which emphasized the minimalism of the three stark lines of poetry on the plain page.  One of the poems that he recalls being in the book is the famous one about the frog:

an ancient pond
a frog jumps in
the splash of water

This book of haiku made a very strong impression on Norstein.  He had learned in school that poems had rhythm and rhyme yet these poems had neither.  He was moved to buy himself a copy of the book and each time he looked at the poems, he was surprised anew by them.  “Can one say that this is poetry?” he would ask himself.

Many years later he came across a book of Japanese woodcut prints at a friend’s house and he was again surprised.  The images had a different sense of perspective and volume than what he was used to seeing in Russia.  For Norstein, it was a revelation to realize that there was another way of seeing the world and these two incidents marked the beginning of his love for Japan.

He got to know Russian translators of Japanese and began to learn more about the importance of gesture and movement in Japanese culture.  One thing that he learned from Japanese culture was that a subject that is very simple can express something very great.  He explained that he finds the same thing in the fiction of Marcel Proust.  In À la recherche du temps perdu (In Search of Lost Time, 1913-27), Proust’s simple observations of everyday life take on great meaning.  Norstein also remarked that this was also true of Homer’s The Iliad. 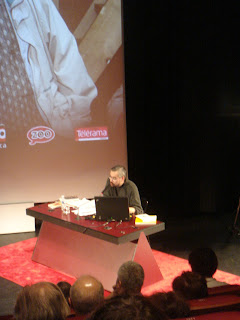 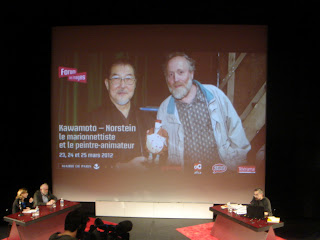 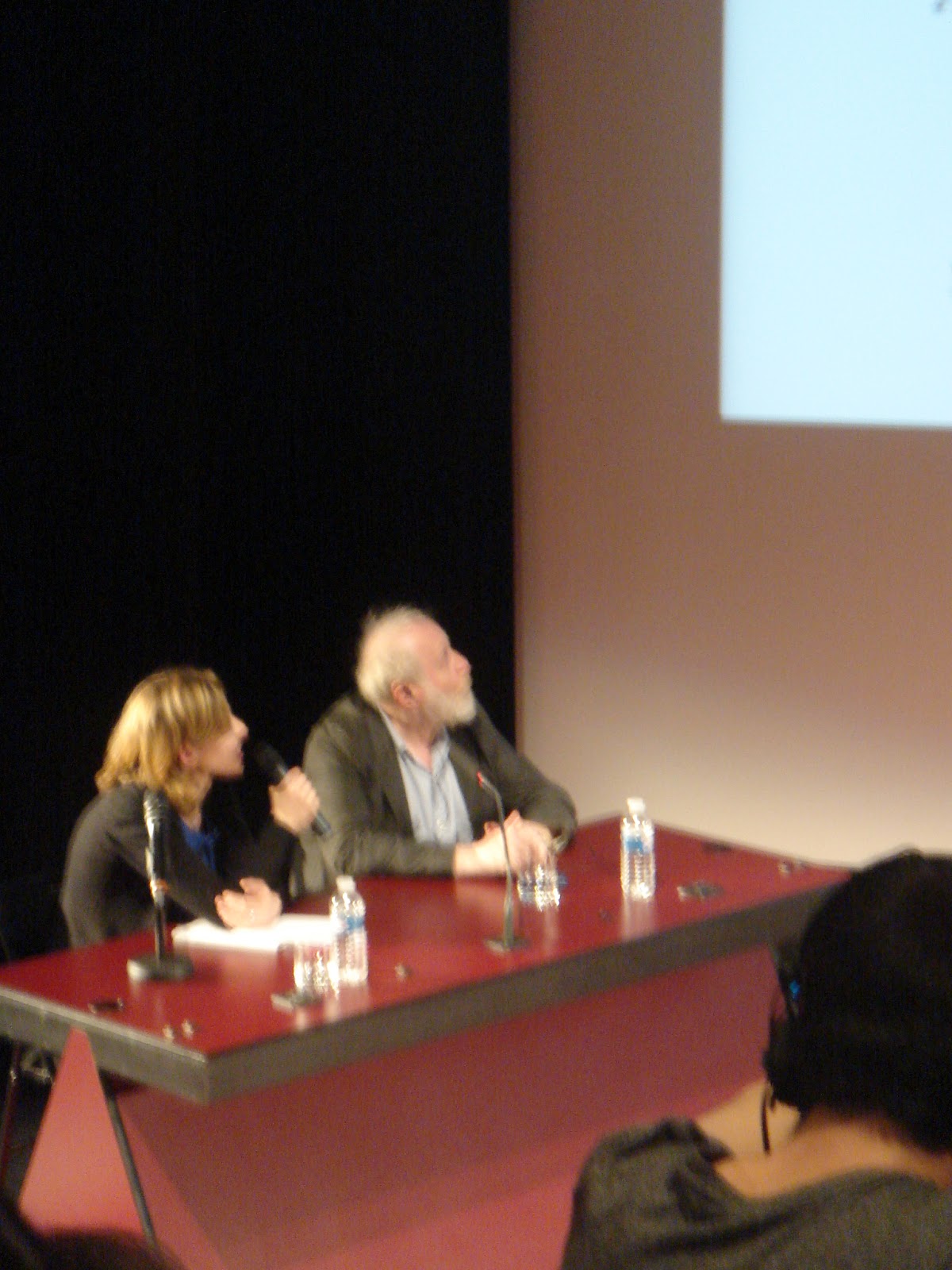 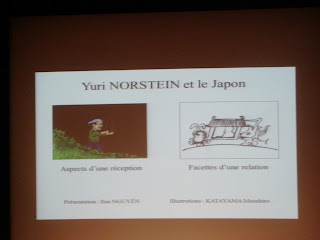 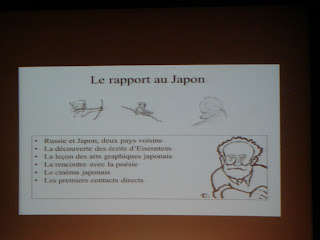 While listening to Norstein talk, it occurred to me that his interest in Japanese poetry, and particularly way in which time is expressed in Japanese poetry has much in common which his fellow compatriots Sergei Eisenstein and Andrei Tarkovsky, who were both also greatly influenced by haiku poetry and Japanese aesthetics.  The influence of Eisenstein's writings on Norstein has been written about by animation scholar Nobuaki Doi (see his ASIFA profile).  The conversation with Norstein was accompanied by a slide show by Ilan Nguyen and among the many photographs and items that were shown there was a photograph of Norstein visiting the Eisenstein Cine-club in Tokyo.

I had presumed that Norstein and Kawamoto became friends during Kawamoto’s tour of Eastern Europe in 1963-64.  Although a photograph apparently does exist of Kawamoto with another Russian animator (it was not in the slideshow) in which Norstein can be seen working on something in the background, Norstein apparently does not recall Kawamoto’s visit at that time.  Their friendship began at the World Animation Festival Varna in Bulgaria in 1985 where they met and talked up a storm.  Their friendship developed over the coming years at animation festivals such as the second animation festival in Hiroshima in 1987 where Norstein was on jury alongside Te Wei, Paul Driessen, Nicole Salomon, Bruno Bozzetto, and Osamu Tezuka.  This festival was really a star-studded affair with Karel Zeman acting as the International  Honorary President and John Halas being the special guest.  This event is also notable as being Norstein’s first visit to Japan.

Norstein shared many amusing anecdotes.  Some of my favourites:


The evening concluded with a screening of The Book of the Dead on 35mm.  As with Winter Days, I noticed many details about the puppets and the scenery that were not as noticeable when watching a digitized version on a TV.  The details were so vivid: the lines on the puppets’ faces indicating age or weariness, the weave of kimono and other fabrics, each thread of hair carefully placed on the puppets heads, and so on.  As I mentioned in my guest stint on Vcinema in 2010, The Book of the Dead is a film that requires multiple viewings in order to fully understand all the nuances of meaning.  One thing that never ceases to amaze me when watching The Book of the Dead is the movement of the kimonos in the wind.  It looks so effortless, but the time and energy that went into painstakingly animating those sequences frame-by-frame boggles the mind.

So ends Day 2 – I became acquainted with a number of interesting people between screenings.  Most notably,  animator Florentine Grelier (official website) and animation expert Giannalberto Bendazzi , author of Cartoons: One Hundred Years of Cinema Animation.  Flroentine has posted some lovely images in pixels that she made of Norstein - check it out.