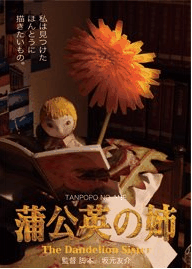 The passing of Kihachirō Kawamoto (川本喜八郎, 1925-2010) marked the end of an era in puppet animation in Japan. Along with his mentor Tadahito Mochinaga (持永只仁, 1919-1999) and his close friend and collaborator Tadanari Okamoto (岡本忠成, 1932-1990), Kawamoto belonged to the first generation of puppet animation pioneers. However, thanks to the inspiring work and mentorship of these three great artists, many more animators are continuing the tradition of puppet animation in Japan.
I should point out that by “puppet animation,” I am referring to stop motion animation done with anthropomorphic figures. This should not be confused with “puppet films” which is the filmed performance of puppets. There are also some remarkable achievements in this area in Japan such as Kon Ichikawa’s recently rediscovered Dojoji Musume (1946), or Kawamoto’s Bunraku style NHK television spectaculars. Another classic early example of this genre is the long running NHK program Chirorin Village and the Walnut Tree (チロリン村とくるみの木/ Chirorin Mura to Kurumi no Ki, 1956-1964). While these puppet films are remarkable achievements, and they may occasionally incorporate animation techniques, they belong to a different genre of film.
So who are the big names in puppet animation in Japan today? The following are some of my favourites (there are many more!). Click on the artist’s names to check out their homepages and be sure to share your favourites in the comments section.


Long-time readers of this blog will know that Tomoyasu Murata is responsible for my interest in alternative Japanese animation. My discovery of his work at a small gallery near my former home in Nishikata is what began this whole journey for me. His creative output is enormous as I mentioned in my profile of him for Midnight Eye and is not limited to puppet animation.
For further reading:
Indigo Road
White Road
Scarlet Road
Nostalgia
A Memory
Sky Colour Flower Colour
Lemon Road

), Hideto Nakata is a stop motion animator who won the Excellence Prize at the 13th Japan Media Arts Festival as well as the prestigious Noburo Ofuji Award for his film Elemi (電信柱エレミの恋い/ Denshin-Bashira Elemi no Koi 2009). Together with three modelers – Kenji Matsuo, Hirokazu Hosoi, and Shigeaki Masuda – Nakata formed his own production studio Sovat Theatre in 1997. The team creates stop motion animation and installations. At 45 minutes, Elemi is their longest film to date. Elemi is screening this week at Fantoche in Switzerland.


Goda and Minegishi are the creative force behind the NHK mascot Domo and more recently the Komaneko puppet animations. Goda designs the puppets and directs the short films, while Hirokazu Minegishi does the stop motion animation. Minegishi began his career working as an assistant to Tadanari Okamoto at Echo-sha working on such films as Praise be to small ills (1973) and the Are wa dare? shorts (1976). He has also worked as an assistant on several Kawamoto films including Dojoji Temple (1976), House of Flames (1978), and Rennyo and his Mother (1981). 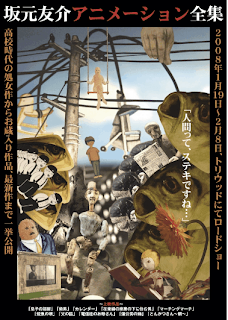 
I was totally wowed by Sakamoto’s film The Dandelion Sister (蒲公英の姉/Tampopo no Ane, 2007) at Nippon Connection in 2008. This surreal tale is a beautiful rendering of a younger sister’s struggles with an older sister who is ill – and strangely in the form of a dandelion. Sakamoto started making claymation films in high school and went on to study animation at Tokyo Zokei University where he is currently doing graduate studies. In his short career as an animator he has already won great acclaim. His non-puppet animation The Telegraph Pole Mother (電信柱のお母さん, 2005) is also outstanding. 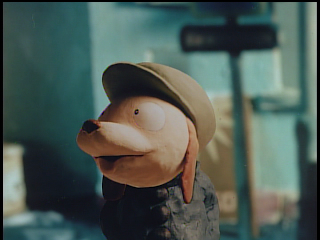