The second year of graduates from the Graduate School of Film and New Media at Tokyo University of the Arts (aka Geidai) were celebrated May 5-8, 2011 with screenings under the name GEIDAI ANIMATION 02 SOURCE, as well as other screening events held both domestically and overseas. For the first time, the accompanying DVD contains not only the graduate films of 2011 but also a selection of first year films made in 2010.

Once again, the standard of the Geidai student work is excellent.  There is a wide variety of styles both in 2D and 3D.  There are examples of stop motion animation, anime style (though usually with a twist of some kind), abstract, 2D drawn animation and computer generated 3D.  The real stand out of this graduating class is Masaki Okuda, whose first year film A Gum Boy (2010) wowed audiences at international festivals.  It won the New Talent Award at Fantoche, the Best Short Film of Animation Schools at Animadrid, and Special Mentions at Animafest Zagreb, Anifest, and the Japan Media Arts Festival, among others.  His graduate work Uncapturable Ideas (2011) also screened widely, winning the top prize in the animation category at Chitrakatha’13.  Other favourites of mine from this graduating class are Aki Kono’s Promises and Ryo Orikasa’s Scripta Volant.

The cover art for the DVD is illustrated by Masaki Okuda.  The opening movie is directed by Atsushi Makino.  The DVD comes with a bilingual (JP/EN) booklet of film descriptions and animator bios for the graduating class.  Unless otherwise noted, the film descriptions below are from the booklet.  I have included links to the full reviews that I have written for some of the films.  The bios have been updated with the most current information I could find. Links to official websites and social media have also been included. 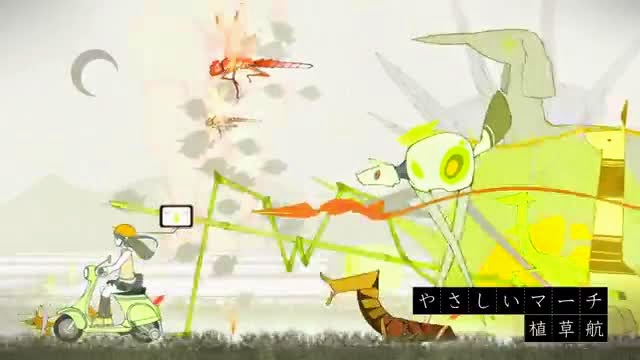 “To sublimate the time-killer memories into something, a girl tries to march forward clumsily to eliminate a merely existing monster, using all her useless memories.”

Wataru Uekusa (植草航, b. 1987) was born in Chiba.  He has a BA in Animation from Tokyo Polytechnic University (2009) and an MA from Geidai (2011).  Uekusa works as a freelance animator and illustrator.  Follow him on twitter @WATARU336, YouTube, and check out his official website. 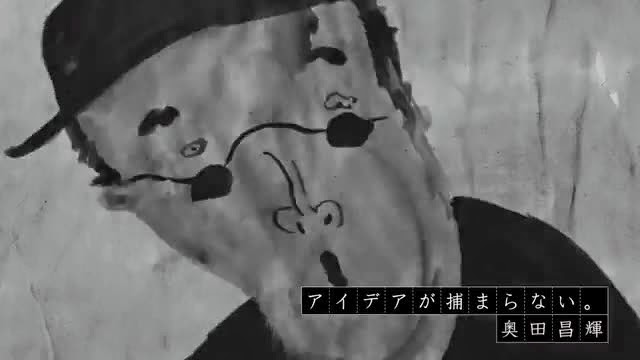 Masaki Okuda (奥田昌輝, b.1985) is a native of Yokohama.  He discovered animation as a Graphic Design student at Tama Art University (2009).  His first year film A Gum Boy (see below) was a big hit at international festivals winning prizes including the Grand Prix at Animadrid and the New Talent Prize at Fantoche.  After graduating from Geidai (2011) he spent a year in Montreal in a “Program of Overseas Study for Upcoming Artists”.  He now works as a freelance animator (animated credit sequences, educational TV) and illustrator (book, CD, and DVD covers).  You can follow Okuda on twitter and vimeo.  Check out his official website. 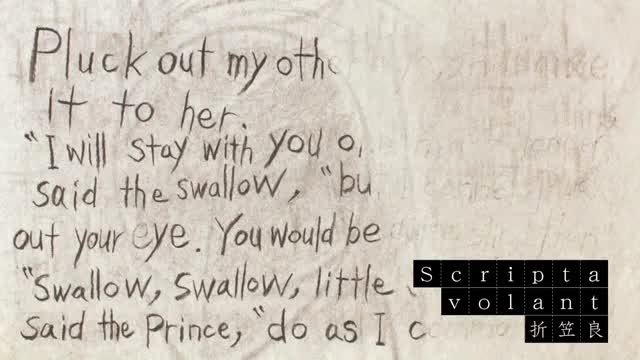 “I try to set this work – a film using texts, or a film-book – between watching and reading. This film is dedicated to J.L. Borges, a great artist, who translated ‘The Happy Prince’ by Oscar Wilde [in] his early childhood and became one of the greatest writers of the 20th century.  .  .  continu[ing] to publish .  .  .  works by dictation even after losing his eyesight”

Ryo Orikasa (折笠良, 1986) has a degree in Education from Ibaraki University (2009) and graduated from Geidai in 2011.  He’s not particularly active online, but you can check out his old blog posts (2009-12).  Scripta Volanta did well on the international festival circuit, making the Jury Selection at the Japan Media Arts Festival 2011. 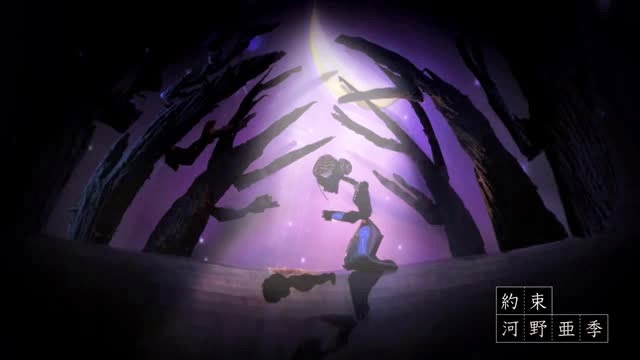 “It was a season when the tree leaves turn red.  There was a woman crying in front of the child’s [body].  She takes the shadow off.  .  .  her dead son.  Just to stay with him she runs with the shadow in her arms through the town at night.  Then she makes a promise.  .  .”

Read my full review of Promises

Aki Kono (河野亜季, b. 1985) was born in Ehime Prefecture on the island of Shikoku.  She has a degree in Information and Media from the Doshisha Women’s College of Liberal Arts (2008) and an MA in Animation from Geidai (2011).  Check out her official website. 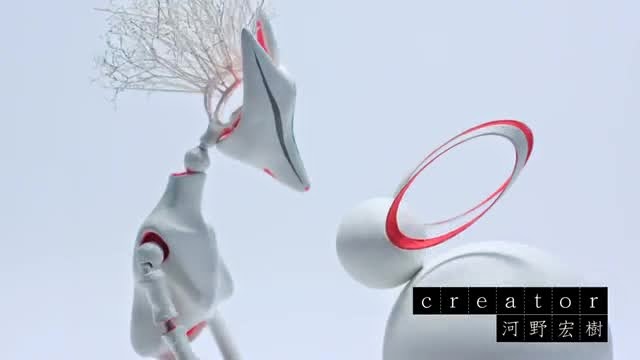 “A man is left alone in empty white space.  He starts to create his own world with materials popped up out of nowhere and build a house and make animals.  But there is a hole in this world and he wonders about it.  .  .”

Hiroki Kono (河野宏樹) is a graduate of the Department of Information Design at Kyoto University of Art and Design (2007) and completed the MA in Animation at Geidai (2011). 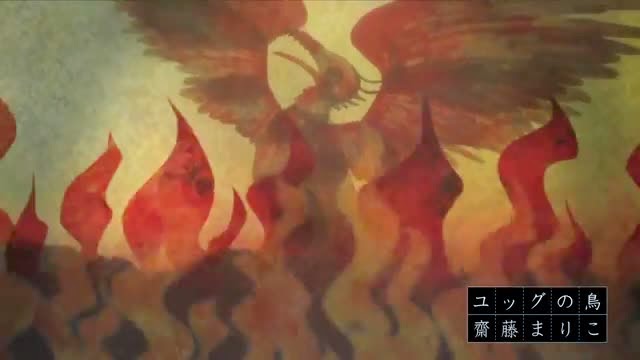 “We are all living in a food chain.  All of the living beings support each other as predator-prey relationship in the balance of nature.  Yet there is a huge and ferocious bird.  It is so brutal that all the creatures are afraid of it.  .  .  Everything repeats itself, slightly changing form.”

Mariko Saito (齋藤まりこ, b.1984) was born in Tochigi Prefecture.  She did both her undergraduate and graduate studies at Geidai with a BA in Design (2008) and an MA in Animation (2011). 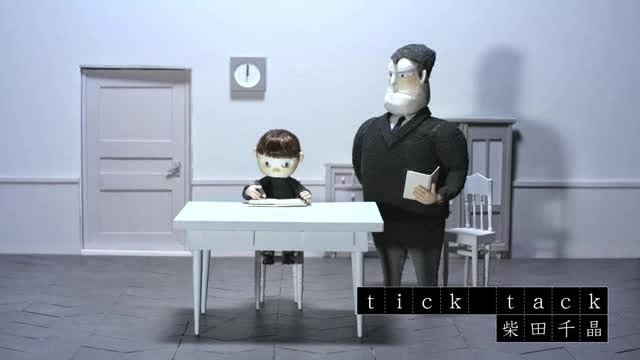 “A little Chinku thinks his father does not love him.  And when he thinks [that] his grandfather, his only supporter, rejects his hand for help, Chinku feels betrayed.  .  .  Chinku draws circles with a huge and heavy pencil, which the time to fly fast.  .  .”

Chiaki Shibata (柴田千晶, b.1987) is a native of Fukushima.  She has a BA in Animation from Tokyo Polytechnic University (2009) and completed her MA at Geidai in 2011. 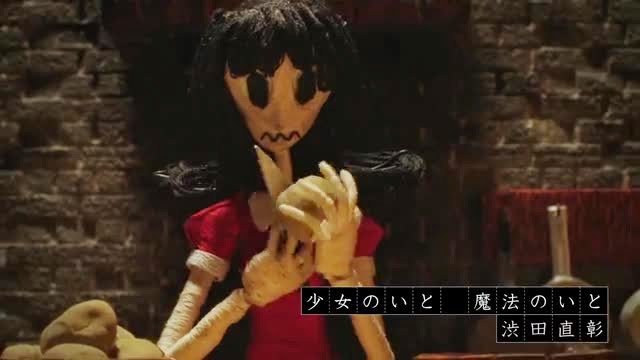 “A girl is kept on the [move] by a witch and continues to peel potatoes.  She is fed up and tries to escape in vain.  She gets desperate and decides to beat the witch.  .  .  what will she find?  What is her intention?  Can we undo what has been done?”

Naoaki Shibuta (渋田直彰, b. 1985) has a major in animation from Tokyo Zokei University’s Department of Design (2009).  He completed his MA in Animation at Geidai in 2011. 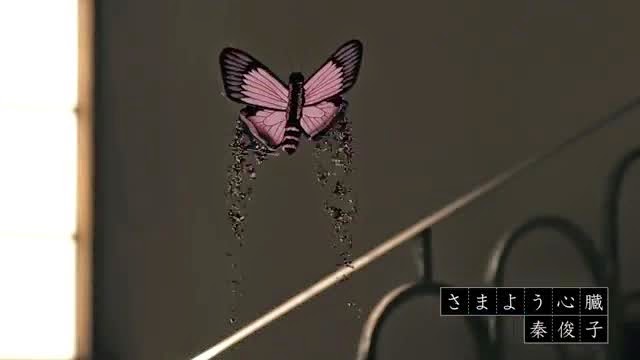 “Two high school students are playing in the ruins.  They hear something from the darkness and one of them goes deep into a dark room where something suspicious is hiding and both of them [have] their hearts [taken] out.  Later a boy and his sister drop by the ruins.  .  .”

Toshiko Hata (秦俊子, b. 1985) was born in Fukuoka.  She specializes in stop motion animation and did both her BA in Crafts (2009) and her MA in Animation (2011) at Geidai.  Since graduation, she works as a freelance animator and illustrator.  Check out her official website and her YouTube profile. 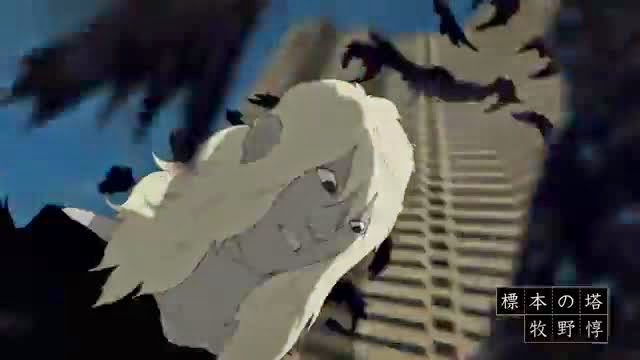 “A man jumped out of the window.  Why did he have to leap out of his room?  As time reverse[s], his struggles gradually get revealed.  He has confined himself to his room and tried to escape from the horrible illusions and the memory of a.  .  .  man.  His room was full of specimens and each specimen had a significant name.”

Atsushi Makino (牧野惇, b. 1982) is from the city of Echizen in Fukui Prefecture.  He has a degree in Graphic Design from UMPRUM (Academy of Arts, Architecture and Design in Prague, 2009) which he followed up with an MA in Animation from Geidai (2011).  He works as an animation director for Eallin Japan. 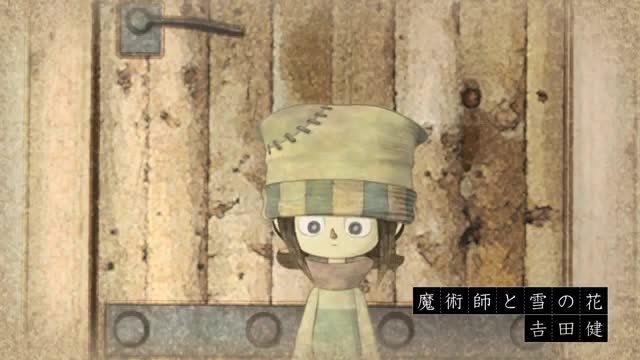 “There is a family living in an air base town.  I got a younger brother.  Dad was only absent for work at the base and Mom was busy with the brother and little time for me.  Out of loneliness and jealousy I [hid] brother’s charm.  From that day, Dad stopped coming home.  .  .”

Ken Yoshida (吉田健, b. 1978) is a native of Tokyo.  He did a BA in Visual Design (2002) at Tokyo Zokei University.  He had a stint as a visual designer at Konami Digital Entertainment until 2004.  He then worked at IKIF+ and attended classes at Digital Hollywood University before taking his MA in Animation at Geidai (2011).  Yoshida founded his own company Picona Creative Studio.

“A man walks in a crowd.  He cannot stand the crowd but to cover his ears.  Then it disappears and he gets lost in a white void space.  In that space there is no other man but himself.  He had nothing to identify himself and his existence was to come to naught.  He starts to struggle to get away from there.”

“Nobody in a class loves ‘Kuchao’ who cannot live without.  .  .  gum.  When all [his] classmates fly their balloons, he wouldn’t let his go.  After school, on his way home, he gets to his own imaginary world with a bubble gum.  His balloon turns to be a face and to many things as he chews [his] gum. His imagination doesn’t stop flying.  Then comes a bird.  .  .”

Read my full review of A Gum Boy.

“One rainy day a boy was waiting sulkily at a bus stop.  Pitter-patter, raindrops leap and make waves in a puddle.  Watching it, he saw something [jump].  When the boy looked into the puddle, there was a red fish swimming.  It is a story of a red fish a boy saw on a rainy day.”

“It’s an underground world.  Up on the ground there are many people coming and going.  There lives a garbage bag.  .  . underground.  He has no work, no home and no family.  This is a story [in which] a dirty black garbage bag gains a new life through.  .  .  various experiences.”

“As dusk closed in, a streetlight in a park was turned on.  Moths flew towards the light.  Suddenly they stop the motion.  Under the streetlight.  .  .  playground equipment appear[s].  .  .  A child strayed among them.  .  .”

“The protagonist is with friends but bored with the conversation.  His mind often slips away to his own imaginary world and comes back to them.  .  . “

“The blue evolves.  The blue rises toward the upper world.  The blue becomes green and then yellow, which makes things unstable.  So red circle appears to bring into balance between blue and yellow.  These three colours unite into one, [rising] until the summit, over the boundary line, and becomes a white circle to a full stop.  And then it returns to the first state.”

“After losing a job at the company a man starts working part-time handing out balloons in a rabbit costume.  He finds it comfortable to disguise himself in the costume, as nobody would recognize him.  Finally, he decides to wear the costume all [the] time in [his] daily life.  Then the costume becomes a part of his body and confines him inside.  .  .”

“An old man is trying to create a girl out of his memories.  Little by little the doll is being made and given a physical body of machinery parts.  The old man makes her as a pure creature, but she denies her identification.  The doll demolishes herself, saying ‘This is not Me!’”

“There was a man with a hole in his belly.  The reason was not certain but he just kept eating the food that grew on the tables as if to fill his hole.  All of [a] sudden the food disappeared, something came up from the table and ran away.  He was at a loss but killed it to fill the hole with the [dead body].  The hole was filled half by the dead body.”