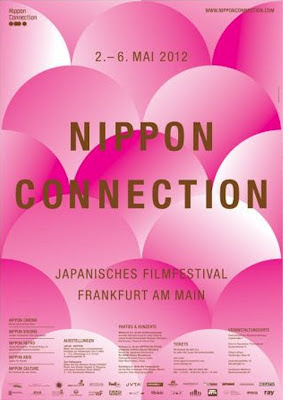 Nippon Connection starts next week in Frankfurt am Main and once again has put together an impressive programme of events.  I put together the animated shorts screening Spaces In Between: Indie Animated Shorts from Japan (Thursday, May 3, 20:00).  The title of the programme is a nod to animation guest this year Atsushi Wada.  Wada won the Silver Bear at this year’s Berlinale for his latest film The Great Rabbit (2012).  The programme features work by top indie animators from Akino Kondoh to Kōji Yamamura.  This event will be followed by a filmmaker’s talk with Wada at 22:30.  I will write more about the animated shorts later this week.

I will also be giving a lecture called Kihachirō Kawamoto’s Quest for the Ultimate Expression of Puppets  where I look at the diverse influences on him as an animator (Friday, May 4, 18:00). This presentation is based in part on the chapter I wrote for the Directory of World Cinema: Japan 2

(Intellect Books, 2012) edited by John Berra, but will feature images and film clips that could not be included in the book.  It will be a kind of a visual journey through the early part of Kawamoto’s career.

I have also organized one of the children’s events this year.  There will be a book reading (in Japanese and German) of the first of the popular children’s books Rita and Whatsit (Rita to Nantoka/Rita und Dingsda) followed by five episodes of the children’s animation series.  The books were originally written in French by Jean-Philippe Arrou-Vignod and illustrated by Olivier Tallec.  They were adapted into animation through a co-production between Planet Nemo and Nippon Animation.   The series is not only great entertainment for kids, but fascinating for animation fans because Nippon Animation employed not only in-house animators but also indie animators to direct individual episodes (see Anipages).   Planet Nemo is currently working on the English release of the 26 episode series.

Other events sure to delight animation fans are screenings of Makoto Shinkai’s Children Who Chase Lost Voices from Deep Below (2011) and the digital shorts series Onedotzero: J-Star 11 which features Mirai Mizue’s Construction (2011).  Mizue’s Modern and Modern No. 2 will also be screening as part of the Wada event mentioned above.

On the opening night of Nippon Connection, I am planning on attending Kaneto Shindo’s Postcard (2010).  Shindo (b. 1912) is one of the oldest working filmmakers in the world, having celebrated his hundredth birthday last Sunday.  I believe the oldest, still actively working film director is Portugal’s Manoel de Oliveira (b. 1908).

One must-see event on the programme is the rare chance to catch a live Benshi performance.  Beshi Ichiro Kataoka and the musical group Otowaza are presenting Jirokichi the Rat (1931).  The film is one of only about 20 silent films made by the celebrated trio of director Daisuke Itō (1898-1981), actor Okochi Denjiro (1898-1962) and cinematographer Karasawa Hiromitsu (1900-80) to survive in its entirety.  It was groundbreaking in its day for its use of close-ups and exciting action scenes.

Yonghi Yang’s feature film debut Our Homeland (2012) will also screening at the festival.   I was deeply moved by her documentary Sona, the Other Myself (2010) at Nippon Connection 2010 and am excited that Yang will also be a guest at the festival this year.  I am also looking forward to seeing Nobuhiro Yamashita’s latest film My Back Page (2011).  Yamashita is a festival favourite with his films Linda, Linda, Linda (2005) and A Gentle Breeze in the Village (2007) having been warmly received at the festival in past years. 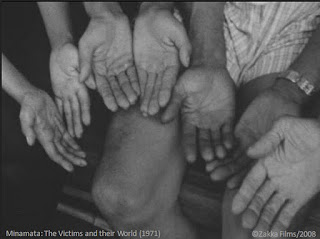 Nippon Retro this year celebrates protest culture in Japanese documentary films.  Rare documentaries from the sixties including Shinsuke Ogawa’s The Oppressed Students (1967) and Summer in Narita (1968), Noriaki Tsuchimoto’s Prehistory of the Partisans (1969) and Minamata: The Victims and their World (1971), and Keiya Ouchida’s Underground Square (1969) will be playing along contemporary fare like Yuki Nakamura’s Amateur Riot (2010) and Ying Li’s Yasukuni (2007).

There are a number of events dedicated to the events of March 11, 2011.  Isamu Hirabayashi’s 663114 (2011) will screen as part of the animation event I mentioned above.  There will also be a screenings of 3.11 Tomorrow, the Sendai Short Film Festival Project, Yojyu Matsubayashi’s  Fukushima: Memories of a Lost Landscape (2011),  Toshi Fujiwara’s documentary No Man’s Zone (2011), Masaki Kobayashi’s Fukushima Hula Girls (2011), and much more. The Japanology department of Frankfurt’s Goethe University will also be giving a number of papers examining the current state of things one year after the disaster in Fukushima.

I am looking forward to seeing Shinya Tsukamoto’s critically acclaimed film Kotoko (2011).  In addition, Nippon Connection will see the international premiere of Nobuhiko Obayashi’s Casting Blossoms to the Sky (2011).  Other intriguing films being screening this year include Hitoshi Matsumoto’s latest film Saya Zamurai (2011), Takashi Miike's Ichimei (Hara Kiri: Death of a Samurai, 2011), Kei Umezawa’s documentary Coming Out Story (2011) examines the hard realities of the life of a transsexual, Phillipe Grandrieux’s documentary about legendary screenwriter and filmmaker Masao Adachi It May Be that Beauty has Strengthened our Resolve (2011), and Neil Cantwell and Tim Grabham’s KanZeOn (2011).

This is only a taste of the films and events on offer at Nippon Connection 2012.  Head on over to their website to learn more.  I look forward to seeing you all there!
Posted by Cathy Munroe Hotes at 4:53 pm