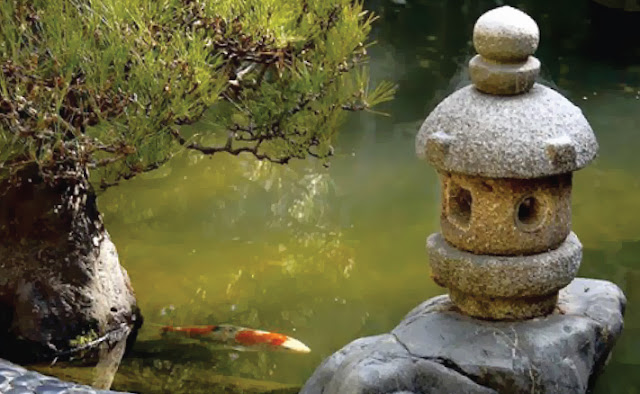 One of the finest examples of a Japanese garden in North America is under threat in California.  The Hannah Carter Japanese Garden  was designed by Nagao Sakurai in collaboration with Kyoto garden designer Kazuo Nakamura in 1959 and constructed between 1959 and 1961.  Nagao Sakurai is considered one of the top Japanese landscape designers of the twentieth century and designed several notable gardens in the United States including the Japanese Tea Garden in Central Park in San Mateo, the Zen Garden in the Japanese Tea Garden of Golden Gate Park (San Francisco), the Japanese Rock Garden in Micke Grove Regional Park (Lodi, CA) and the Nishinomiya Japanese Garden (Manito Park in Spokane, WA).

The Hannah Carter Japanese Garden was modelled on the gardens of Kyoto and is a considered a rare place of natural beauty and quiet retreat in the Los Angeles community of Bel-Air.  It is named after the wife of Edward Carter, who donated it to the University of California in 1964.  Through a series of agreements, UCLA accepted the donation and agreed to keep and maintain the garden in perpetuity.  UCLA went back on its word in 2010 when it secured a court decision to allow them to remove the “in perpetuity” requirement

In November 2011, UCLA announced plans to sell the garden, citing rising maintenance costs, deferred maintenance, and the lack of attendance due to limited parking.  Funds from the sale of the garden would be used to support UCLA's academic programs.   The university listed both the house and garden for sale in early March 2012, after removing several valuable art objects that are integral to the design of the garden earlier this year.  There are no protective covenants or requirements calling for the garden to be maintained or preserved.  As a public institution, UCLA is required to accept the highest bid in the sale.

UCLA’s decision to sell this important piece of cultural heritage garden seems to me to be disrespectful to the family of Hannah Carter and insensitive to the historical, cultural, and environmental value of the garden.  It is very short-sighted of UCLA not to have considered reaching out to garden, conservation, and Japanese studies organizations to look at possible partnerships for maintaining this unique piece of cultural heritage for future generations.    Learn more about the garden and its history on The Garden Conservancy website.

According to the Terra Luma Design website, the garden features a stone carved over a thousand years ago with the Buuddha seated in 16 different positions of worship.  They also include a dead link to the garden’s UCLA webpage and quote the Garden Guide as describing the garden’s cultural significance thusly:

The complex aesthetic values of traditional Japanese gardens stem mainly from Zen Buddhism.  Among Zen concepts expressed in garden design are asymmetry and a preference for the imperfect and for odd numbers;  naturalness and an avoidance of the forced and artificial; hiding part of the whole to achieve profundity with mystery; a quality of maturity and mellowness that comes with age and time; tranquility, simplicity, and austerity.

You can show your support for by signing the petition and forwarding it to others who are interested in saving this cultural landmark.  The Coalition to Save the Hannah Carter Japanese Garden is also urging people to write individual letters to each of the UC Regents by May 4th.  Click here to learn more.
Posted by Cathy Munroe Hotes at 6:51 pm