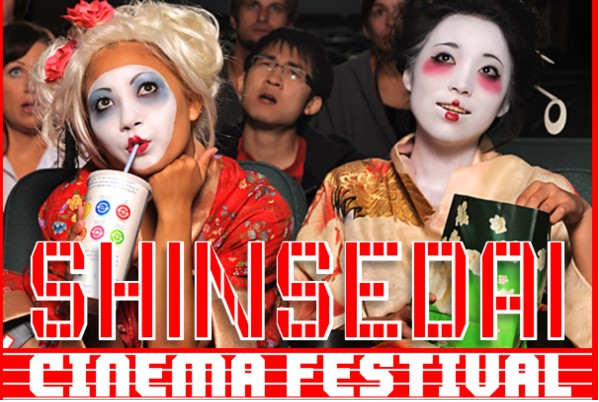 The Shinsedai Cinema Festival in Toronto has changed venues and needs the support of Japanese film fans in order to get the event off the ground for next summer.  The event is programmed by Chris MaGee of Toronto JFilm Pow-wow and Jasper Sharp of Midnight Eye.  I had a really amazing time at the event in August 2010, when I was back on home soil for the summer, and I hope to go again next year.

Here is the festival's announcement about how you can help:

The Shinsedai Cinema Festival is about bringing the work of Japan's new generation of filmmakers to Toronto audiences, filmmakers who in many cases are just like you -- people who are passionate about filmmaking but can't do what they love full time. They support their filmmaking careers by working a variety of jobs; and those who are lucky enough to work full time at filmmaking still face huge obstacles. Without the benefits of a government granting system Japanese independent filmmakers are entirely on their own in terms of funding and production. Even when they have completed a project their avenues to get it seen are limited. As of this year there are only 25 to 30 independent movie theatres operating in Japan. That’s right… in the entire country! That why overseas events like The Shinsedai Cinema Festival are so important, but now you can help make our 4th annual event possible!

Starting today, Friday, November 4th, 2011, and running for the next 60 days, film lovers like you will be able to help fund what The Toronto Star has called "one of the city's youngest and most original movie events" via our 2012 Fundraising Drive powered by IndieGoGo, the world's largest global funding platform. By January 4th, 2012 we hope we'll have reached our fundraising goal of $7,000, money that will go not only go towards guest relations costs (food, beverages, sightseeing, etc.), but most importantly to pay for roundtrip airfare for our Japanese guests to come and personally present their films to a Toronto audience.

All we need are 350 film fans to donate $20 each. That's just the cost of one night out at the movies, or the purchase of a single DVD! Those of you who are in the position to donate more are invited to do so, and you will either be able enjoy special perks in exchange, such as free passes for our 2012 festival, or you can choose to receive a tax deductible receipt for the amount of your donation. Regardless of the amount you are able to give all backers of the 4th annual Shinsedai Cinema Festival will be given personal thanks as "Friends of the Festival" on our website and in our printed festival program.

So, please give and tell your friends about how they can give so that the 4th annual Shinsedai Cinema Festival will be the best festival we've had yet!