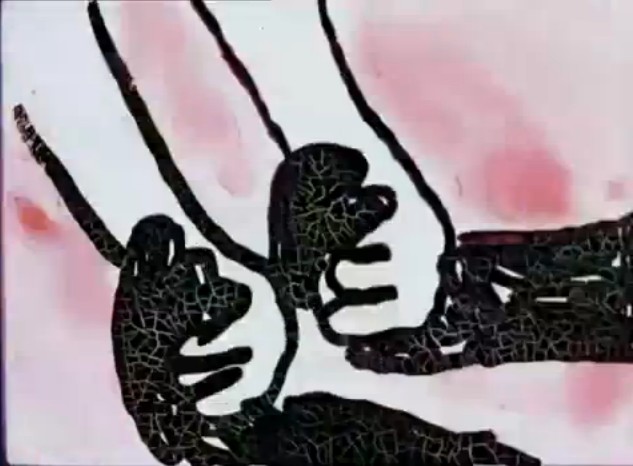 There are many who believe that animation is the purist form of cinema and can function as an international language.  In this spirit in 1986 the Dutch animator Peter Sweenen put together a collaborative animation film called Animation Has No Borders with financial support from cultural institutions in the Netherlands.  Sweenen asked 35 other animators representing 36 different countries to join him in contributing animation to the project.  Each contribution was conceived independently of the other animators and lasts from a few seconds to no more than 15 seconds.  Apart from length, the only instruction given to the animators was that their work should embody the theme of animation not having borders.

The colourful animated shorts were made on 16mm film and range in style from the abstract to the comical.  The works are all hand drawn or painted but with varying techniques and motifs.  Sweenen edited the contributions together and set them to an orchestral score of “The Internationale” as performed by Orkest de Volharding.  “The Internationale” is a famous socialist anthem which was originally written in French.  Watching Animation Has No Borders on Youtube this week, got me thinking about Billy Bragg’s interpretation of the lyrics (c. 1990) and how they capture the current global dissatisfaction with governments, corporations, and financial institutions in these troubling times.  And wouldn’t you know it, but Billy Bragg actually recently joined the Occupy Wall Street movement this week by attending Occupy Dame Street in Dublin and performing a snippet of "The Internationale".

Billy Bragg's Lyrics to "The Internationale"

Stand up, all victims of oppression
For the tyrants fear your might
Don’t cling so hard to your possessions
For you have nothing, if you have no rights
Let racist ignorance be ended
For respect makes the empires fall
Freedom is merely privilege extended
Unless enjoyed by one and all 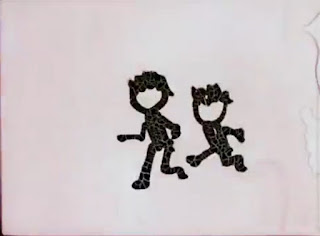 Let no one build walls to divide us
Walls of hatred nor walls of stone
Come greet the dawn and stand beside us
We’ll live together or we’ll die alone
In our world poisoned by exploitation
Those who have taken, now they must give
And end the vanity of nations
We’ve but one earth on which to live

And so begins the final drama
In the streets and in the fields
We stand unbowed before their fields
We defy their guns and shields
When we fight, provoked by their aggression
Let us be inspired by like and love
For though they offer us concessions
Change will not come from above

At the end of Paul Sweenen’s collaborative animation there are title cards made by the Dutch animator/filmmaker/painter Gerrit van Dijk of the contributing animators names and the flags of their countries.  This time capsule demonstrates just how flimsy nationality is as an identity as many of those flags – particularly the ones from Eastern European countries are now obsolete.  The most poignant of these contributors is the Polish avant-garde filmmaker and artist Julian Antonisz, who passed away just a year after the film was complete.

Representing Japan on Animation Has No Borders, is Taku Furukawa, who has been an enthusiastic participant in the international animation community since the 1960s.  If I did the count right, the images on this post should be from the section that he contributed.  Here is a full list of the contributors and their countries of origin: 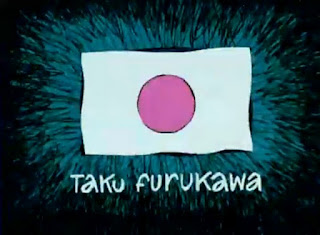