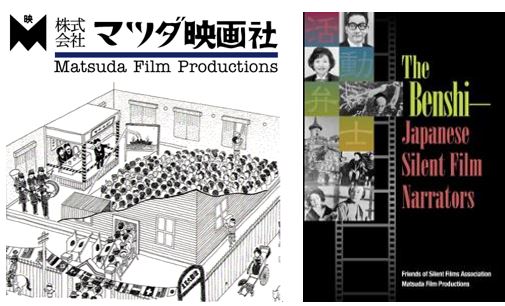 Tonight I attended my first benshi performance at the 572nd screening of the of the Friends of Silent Film Association at Monnaka Tenjo Hall. Benshi are narrators. The silent film narrator has its origins in traditional Japanese drama and when film was introduced to Japan in 1897, the role of the benshi was not only to narrate the story, but also to give a cultural context for the films. From April 10th I will be teaching a course on Cultural Exchange Between Japanese and Western Cinema at Kanagawa University. I have decided to take a historical approach as the students come from an ethonography background and will likely be unfamiliar with Cinema History. The first week I am going to show them the films that would have been shown to audiences in Osaka and Tokyo at those first screenings in 1897 - the Lumiere Cinemagraph and Edison's Kinetoscope films. I plan to ask them to imagine that they are in the audience at those screenings a hundred years ago and to discuss their reactions to the films. I acquired the DVD Landmarks of Early Film from the Blackhawk Films Collection and am very impressed by the quality of the transfers. They have been cleaned up and someone has clearly paid very close attention to the projection speeds. Stefan (who had never seen these films before) were just in awe of the short films. The images of exiting factory workers and of a couple feeding their baby seemed so real to me for the first time. If it hadn't been for their dress, one might have believed these poeple were still living. I was reminded of Adrienne Rich's 1988 poem "Living Memory" in which she conjures up an image of an old home movie: 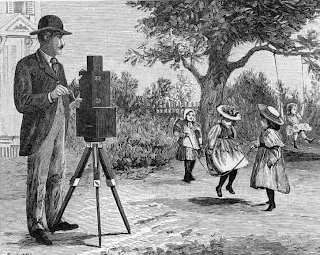 I have watched
films from a Pathe camera, a picnic
in sepia, I have seen my mother
tossing an acorn into the air;
my grandfather, alone in the heart of his family:
my father, young dark, theatrical;
my self, a six month old child.
Watching them dead we see them living
their moments, they were at play, nobody thought
they would be watched so.

In week two of my class, I plan to introduce early Japanese cinema to the students. Unfortunately I cannot afford the Matsuda Films DVD-Rom at the moment, which has loads of clips of silent Japanese films with benshi accompaniment... and it is very hard to get Japanese silent films on DVD or video. In fact, it is hard to find them at all as most pre-World War II cinema has been lost (Kanto quake, firebombing of Tokyo, neglect). I've decided to use a film that I already own, even though it is a later silent film and doesn't have a benshi track on the DVD: Ozu's first version of The Story of Floating Weeds. If the students are unfamiliar with benshi, Matsuda Film's website offers a video of a benshi performance... or they can attend one of next month's screenings. I didn't want to teach about benshi without ever having experienced a performance. Stefan came home from work early tonight so that I could head to Monzen-nakacho Station (a nostalgic place for Stefan as he lived with a host family there for 3 months when he was 16) and find Monnake Tenjo Hall in time for the screenings.

In the end, the Hall was easy to find on the top storey of a very narrow building (by Canadian standards). The Hall was intimate with high ceilings and concrete walls. There were stage lights and theatrical black curtains were suspended from the ceiling, which led me to suspect that the hall is also used for theatre, but I am at a loss to guess where one would put a stage as the room is so small.

The MC began the proceedings on time. He spoke very rapidly and I soon realised that my intermediate level of Japanese would be challenged during the evening. The MC spoke at length about future silent cinema events then introduced the schedule for the evening. They began with the short films and it turned out that the MC was also one of the benshi, Kataoka Ichiro (for resume & voice sample click here). His voice really did transform itself for the benshi performance.

The first film was Jinsei Ranbu (人生乱舞, date unknown) directed by Oguni Kyoji, a jidaigeki (period film) that featured an oyama. Oyama, men playing female roles, were quite common in Japanese drama and the tradition continued well into the silent film era. This was my first time seeing an oyama performance, on or off the screen, and I was surprised by how obvious it was that the lead female character was a man. These performers were often quite popular, and I had been under the impression that they trained women's gesture and movement very carefully... so much so that they often continued to "perform" off-stage.

The oyama in Jinsei Ranbu was quite tall in comparison with the male lead, and had an awkward, and to my eyes masculine, style of walking (as opposed to the "awkward" way many Japanese girls walk in order to look "cute"). The film as a whole wasn't particularly remarkable, though it did feature a dramatic final battle scene shot on location on a beach. The most amazing thing about the film was the footage of the shoot itself that the restorers had tagged onto the end of the film. In this spectacular documentary footage one can see the actors, still in costume, taking a break. In the background, film crew can be seen holding back beach-goers who are trying to get a glimpse of the action. Brief but truly fascinating footage!

The second short film was called Yowamushi Tengoku (弱虫天国, Yamaguchi Tatso, date unknown). Whereas in the first film the benshi used the musical form of narration used in kabuki that I have seen performed on television, this second film was a modern, slapstick comedy, and Kataoka-san's voice transformed completely. The films all had title cards, and I noticed that the benshi read (well, "performed" is more accurate) these but then added dialogue and narrative information. In many ways it was like listening to a BBC audio book, where an accomplished actor performs the voices of all the different characters and assumes a different voice altogether for the narration. Yowamushi Tengoku was my favourite film of the evening because it was amusing in the manner of a Chaplin or Buster Keaton film. The main character is an effeminate man who has trouble fitting in with the boy's club at the office and is easily pushed around. His own mother even laments his ineffectualness and encourages him to exercise with his father (who is funny as an exercise coach because he is overweight), and his more on the ball younger siblings. The exercise scenes provide the most slapstick amusement as the main character gets bonked around by the others because he doesn't know where to stand without being struck. In the accompanying photo, his mother has dressed him in a samurai costume in the hope that it will inspire him to bravery. In the end, he does become fit and he becomes the hero of the office by foiling an attempted robbery by chasing down the thief in a very dramatic sequence that involves climbing down the outside of the building.

During the break, the benshi Kataoka-san donned an old-fashioned vendors tray... I've seen them in the stands of baseball stadiums in old films (selling peanuts and Cracker Jacks of course). It was a wooden tray painted with the Coca-Cola logo filled with bags of goodies (senbei -- a Japanese cracker). The tray was carried by a strap that went around Kataoka-san's neck. It was a nice touch of nostalgia. The other bit of nostalgia was the sound of the film projector. It took me back to my days as a film student at Western -- where professors would apologise profusely when we couldn't watch films ON FILM. I didn't realise how lucky I was until I went to York and later to Exeter and discovered that many film students today have to watch things on video (or DVD but many classic films are not available on DVD yet).

The next film was Nazo no Satsujin Jiken (謎の殺人事件, Goto Masanobu, 1938). Very late for a silent film. Because of the popularity of the benshi, the "silent" period lasted much longer in Japan. From what I understand, the popularity of Josef von Sternberg's Morocco starring Marlene Dietrich and Gary Cooper, finally moved Japan into the sound era. The benshi performance was by Sawato Midori. She was truly remarkable. I later read her bio and found that she unsurprisingly has had a long and distinguished career as a benshi. Unlike the younger Kataoka-san who had faced the audience (seated at a desk with a light like that of an orchestra musician), Sawato-san turned to face the film. Her performance was more riveting than the film itself and I would often watch her. She rarely looked at her script, focusing her attention on the screen as she recited the dialogue from memory. She took on the voices of the characters and made them all distinct from one another. Without her, the film would have been quite boring, I think. It was a strange plot having to do with a man called Kenkichi who had a hook in place of one of his hands. I was never sure if he was a "goodie" or a "baddie" until the very end when he was on the train with the sisters at the centre of the plot. I liked the ending because there was a view of Mount Fuji from the window of the train and it reminded me of our trip to Kyoto by shinkansen in January.

The final film was a talkie (which I was amused to see made it into Japanese with the katakana トーキ) called Tetsu no Tsume (鉄の爪, Goto Taizan, 1935). At first I thought the soundtrack had a recorded benshi on it because the sound wasn't in synch with the action or the lip movement. The last reel in particular had a major delay. I had trouble keeping my eyes open during this one as it had been such a long time since I'd been to the movies. The film seemed to have been chosen because there was a character with a hook for a hand (was this a common theme in 1930s Japanese films?). I wonder if in Japan they had similar problems with actors during the transition to sound because the lead female had a terrible voice -- high pitched and whiny... not unlike the horrible Lina Lamont character in Singing in the Rain (Stanley Donen, Gene Kelly, 1952). There was a row of elderly women behind me munching on senbei, and they got the giggles during much of the female lead's dialogue, so I know it wasn't just me. Japanese audiences are usually so silent that you can hear a pin drop. My first time going to the movies in Japan, I went to see the Harrison Ford thriller What Lies Beneath. (Robert Zemekis, 2000) with some colleagues. We screamed and giggled all the way through and got some funny looks from others in the cinema because they were all completely silent!

On the whole, I found the benshi screenings fascinating. Although some of the plots weren't too exciting, it is a privilege to see any pre-WWII Japanese film at all considering that the vast majority of films from this period did not last until the present day. I will try to go to their screening again in April.

Posted by Cathy Munroe Hotes at 12:09 am