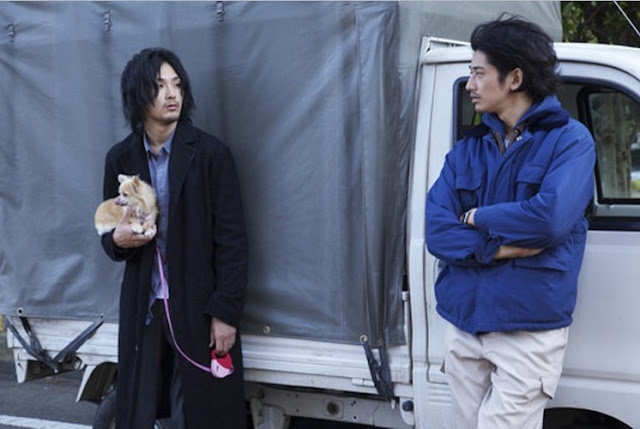 The fictitious town of Mahoro in Kanagawa prefecture is one of those inbetween communities framing the edges of Metro Tokyo.  Not a major city center in itself and with most people commuting to jobs in Tokyo, there’s really not much of interest going on.  It doesn't even draw tourists as it’s too far from the sea and not in the mountains.  The people who live there don’t really have much ambition to leave, and if they do, they usually come drifting back.

At least, that is how it seems to Keisuke Tada (Eita), who runs a benri-ya (do-it-all-house) near the train station.  He advertises himself as a jack-of-all-trades doing everything from babysitting a chihuahua to working as a handyman.  He’s handsome and seems intelligent, so it is a bit of a mystery as to why he is doing such low paying work instead of working for a company in Tokyo.

This mystery is the main element that creates tension in the film and awakes our curiosity to learn more about him.  The mystery deepens one evening when, after finishing up a job spying on bus drivers for their suspicious boss, Tada discovers that the chihuahua he is babysitting has gone missing from his truck.  He finds the dog sitting on the lap of a guy who looks a bit down on his luck at the bus stop.  It turns out that this man, Haruhiko Gyoten (Ryuhei Matsuda), went to school together with Tada, and that Tada had been responsible for Gyoten seriously injuring himself on a table saw during shop class.

Gyoten uses this old injury to guilt Tada into letting him crash at his place for the night.  One night turns into several days, and before long Gyoten is a permanent fixture at the benri-ya tagging along on jobs as Tada’s semi-reluctant assistant.  Although he seems like a deadbeat, there are many clues that Gyoten too may have once had a regular job.  He chastises Tada for not marketing himself properly and wonders why Tada, who seemed to have a promising future in front of him, is stuck in a dead end business.

Both men also seem determined to stay on the fringes of life, but they keep getting pulled into sticky situations due to their natural desires to help others.  They are drawn into action by a young boy called Yura (Kota Yokoyama) whose mother (Manami Honjou) has hired them to pick him up from cram school.  They start to realize that Yura’s strange behaviour is more than just insolence but is hiding the fact that someone is using him and they decide to help him get out of his predicament.  This subplot is tied up with another subplot about a “Columbian” prostitute called Lulu (Reiko Kataoka) and her fellow prostitute and house mate Haishi (Anne Suzuki) and the dodgy men in their lives.

The film is adapted from Miuri Shion’s bestselling novel of the same name which won the Naoki Sanjugo Prize in 2006.  It starts out well, and the relationship between Tada and Gyoten evolves in an interesting way.  Both Eita and Matsuda are excellent actors and the mystery surrounding their circumstances generates interest in what little plot is retained in this adaptation.  Unfortunately, the film has trouble sustaining interest and has many moments that just don't make sense at all (yes it's great to rescue a prostitute from a stalker but throwing her onto a train without belongings/money/somewhere to go/telling her friend is a bit odd to say the least).  One could argue that the directionlessness of the plot mimics the directionlessness of the two main protagonists, but the there are just too many head-scratching moments that lessen one’s enjoyment of the film.  The film’s biggest flaws are the one-dimensional female characters who would be laughable if they weren’t so disturbing.

Director Omori Tatsushi won international acclaim for his avant-garde directorial debut The Whispering of the Gods (2005). While Tada’s Do-It-All House shows that he is quite good at getting great performances out of his male actors, the film just suffers from a problem quite prevalent in contemporary Japanese films: weak editorial decisions.  With a few nips and tucks to the second half of the film, this could have been a great star vehicle of Eita and Matsuda.


This film screened at Nippon Connection 2012: 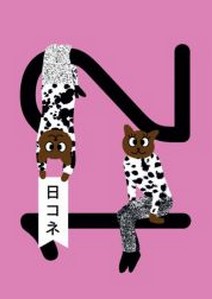