The late Masahiro Katayama was one of more than a hundred animation professionals who took part in the 2003 Laputa poll that resulted in the Laputa Top 150 Japanese and World Animation. When I heard the news about Katayama’s passing, I looked up his picks. He chose his top 20 in random order and had so much trouble narrowing his list down to just 20 that he added some honourable mentions in the comments section of the poll.
As a teacher of animation, it is not surprising that Katayama’s list should include not only many classics of world animation like the Hedgehog in the Fog, Crac!, and Begone Dull Care but also some lesser known (outside of Japan, that is) domestic animations like Tadanari Okamoto’s Are wa dare? and Sadao Tsukioka's animated interpretation of Seiji Tanaka's Kitakaze Kozo no Kantaro (Kantaro, the Monk of the North Wind) for the acclaimed NHK series Minna no Uta (click here to see Seiji Tanaka and a children's choir perform the song  in 2000 with excerpts from the animation).
The lists in the Laputa / Comic Box publication are challenging to translate because they are quite sparse. In order to conserve space they only give the film titles in the individual lists without dates or animator names. Often the titles are only rendered in an abbreviated form and I have to make an educated guess as to which animation is being referred to. For example, it seems likely that Meiji Seika has employed animation for its “Curls” commercials on more than one occasion, but I’m pretty sure the delightful ones by Norio Hikone in the late 1980s had the greatest cultural impact. ひょうたん was perhaps the most abbreviated title, but I felt sure that Katayama must be referring to the popular NHK puppet drama Hyokkori Hyōdan-jima (1964-1969) with its opening credit sequence by experimental animation pioneer Yoji Kuri.
There was only one mystery on the list that I have not yet been able to solve. Just before the animated classic The Spider and the Tulip was the title RODE TO WESTSIDE in all caps. The title didn't ring a bell for me and I have tried looking up variant spellings (ie. Road to Westside or ロード・トゥ・ウエストサイド) but invariably all web searches lead only to the US musical West Side Story. If anyone knows what animation Katayama was referring to, do let me know.

UPDATE (25 March 2011:  After carefully scanning the list of 900+ titles that were nominated in the Laputa poll,  I have found that "Rode to Westside" is a commercial or series of  commercials directed by Makoto Wada but I haven't found any samples on the internet yet.)
It’s a wonderfully eclectic list of some of the most delightful and unconventional animation of the past century. Above all I think it demonstrates not only Masahiro Katayama’s eye for innovative craftsmanship, but also his appreciation for art that doesn’t take itself too seriously. 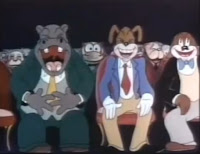 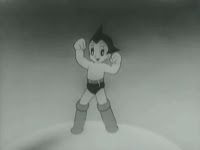 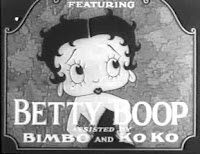 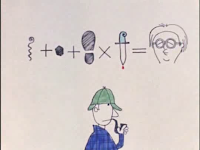 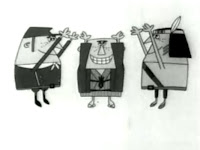 The Spider and the Tulip
(くもとちゅうりっぷ, Kenzo Masaoka, 1943)