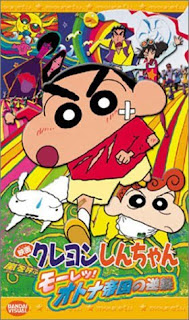 The list that Keiichi Hara (原 恵一, 1959) submitted for the Laputa Top 150 World and Japanese Animation (2003) is fascinating as it reveals not only the animation that influenced him during his formative years, but it also his dissatisfaction with the state of animation in Japan in the early 2000s.
At the time of the poll, Hara’s talent as an animator had recently been recognized with the Mainichi Animation Award for Crayon Shin-chan: The Storm Called: The Adult Empire Strikes Back (クレヨンしんちゃん 嵐を呼ぶ モーレツ！オトナ帝国の逆襲, 2001), the eighth installment in the Crayon Shin-chan film series. Although he would stay with the Crayon Shin-chan franchise for several more films, there were already signs in 2003 that he might consider taking his career in a new direction.
The animation professionals polled in 2003 were asked to list what they felt were the 20 best animated works of all time. Keiichi Hara elected to nominate only six titles: 3 feature films and 3 TV anime series from the 1970s.

Night on the Galactic Railroad
(銀河鉄道の夜, Gisaburo Sugii, 1985)
Hara also heaps praise on Gisaburo Sugii’s Night on the Galactic Railroad, which is an adaptation of a novel by Kenji Miyazawa. While chatting with Hara and Nippon Connection organizers earlier this month in Frankfurt, the subject of Miyazawa came up during a discussion about vegetarianism and Hara spoke of his admiration for Miyazawa’s writing. He mentioned particularly how much he enjoyed Miyazawa’s use of word play like onomatopoeia. 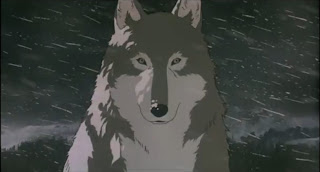 Jin-Roh: The Wolf Brigade
(人狼, Hiroyuki Okiura, 1999)
Most of the animation on Hara’s list comes from his childhood or the early part of his career in the animation industry. Jin-Roh is the only recent work that seemed to have impressed Hara, and he even writes that he wishes more animation would be like this film. 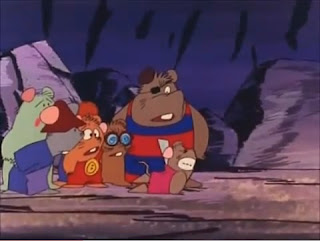 Ganba no Bōken
(ガンバの冒険, Osamu Dezaki, TV anime, 26 eps., 1976)
This anime impressed Keiichi Hara when he was a teenager because it was clearly so very different than other TV anime of the 1970s. 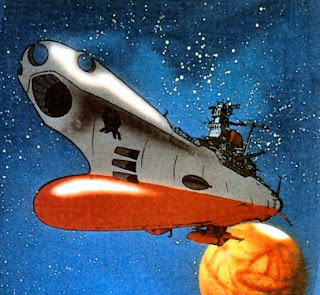 Space Battleship Yamato
(宇宙戦艦ヤマト, Leiji Matsumoto, TV anime, 26 eps., 1974-75)
This was a science fiction anime series that aired on TV in Japan when Hara was a teenager. He recalls that every week he eagerly anticipated the next episode. Although the project was conceived by producer Yoshinobu Nishizaki a year before animator and manga-ka Leiji Matsumoto came on board as a director, Matsumoto shaped the TV series to such an extent that he is generally credited with the unique look of the anime. 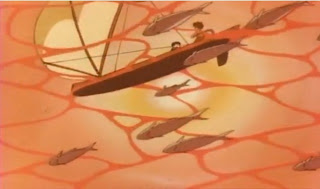 Future Boy Conan
(未来少年コナン, Hayao Miyazaki, TV anime, 26 eps., 1978)
Hara cites this TV anime as having a profound influence on his own work. The always sharp-eyed Benjamin Ettinger over at Anipages spotted the name of Shojuro Yamauchi (山内昇寿郎, name sometimes transliterated as Toshiro Yamauchi), a key animator on Future Boy Conan (and many other Miyazaki projects) in the credits for Hara’s Colorful (2010). Yamauchi passed away last year on the same day as Satoshi Kon. It is fortunate that Hara had the chance to work with someone whose work he admired.
It is noteworthy that Hara does not mention any foreign animation in his preferences. Yet despite his clear preference for anime, Hara writes in the comments section of the survey that he has been actually finding it difficult to watch animation. Somehow, he thinks that the characters and the voice acting make him feel sick and he wonders if too much anime is being produced, or if the talent levels of the animation staff has declined over the years, or if he is simply going crazy. He says that there is simply nothing worth watching anymore and he wonders if it would be better to reduce anime production by a third.
I would speculate that Hara’s comments on this survey reflect the animator’s weariness with producing “programme pictures.” He spent the better part of the 1980s working for the Doraemon and Esper Mami series, and at the time of this survey he had spent a decade making Crayon Shin-chan films. In the short amount of time I had to speak with Keiichi Hara in person, I had the impression of a very thoughtful man with wide-ranging interests from popular culture to literature and world cinema.   In his most recent films, he has taken on challenging subject matter and tried out new animation styles.  I think we have only just begun to see what great things this talented animation is really capable of creating.