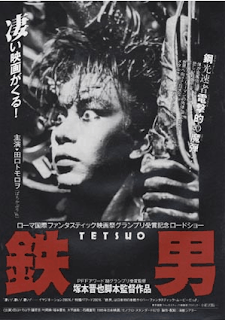 Part Five
The discussion then moved towards the topic of Super-dubbing / Chōyaku aimed at young audiences. (read more on Super-dubbing at wildgrounds)
Domenig asked Asakawa if she [as a subtitle specialist] felt threatened by the advent of Super-dubbing. Asakawa gave the impression that she didn’t have a strong personal preference. Domenig noted that in Japan there was a new trend towards dubbed prints in cinemas [the common practice up until this current trend was for cinematic releases to be subtitled, television dubbed, and DVDs have both options available in the menu].
Domenig opened up the floor to questions from the audience.
Crispin Freeman was asked about whether or not he improvises his dialogue during dubbing sessions. He replied that it depends upon his relationship with the voice acting director. There have been many instances in which the director hires him as a script adapter when it is apparent that the translator has missed the gist of the dialogue and themes of the piece.
Throughout the Podium Discussion, Freeman always had an amusing anecdote at the ready to help him make his points, and here he talks about his conflicts with directors whom he feels don’t understand the original Japanese story. Such as one voice director who wanted to change a rather philosophical film into an action film, rendering delicate haiku into action dialogue like “Come on guys, let’s go get ‘em!” In such cases, Freeman says that he usually tries to remind the director that it isn’t his film – that it’s like trying to turn Hamlet

. Freeman claims that he always tries to keep his dialogue as close to the original director’s intentions as possible, but he admits that there have been many directors where he was unable to negotiate on such issues.
Domenig mentions the contrast between the American and Japanese systems in that translators in Japan have a fan base and are known.
Nami Asakawa is questioned further about her contention that 70% of information is lost during the process of subtitling foreign features in Japanese. She explains that the standard rate of subtitles is 3-4 words per second. Any more than this and the spectator is overwhelmed by the text.
Tom Mes

, of Midnight Eye (who has written a book on Shinya Tsukamoto

) asked Tomorowo Taguchi his opinion about the American version of Tetsuo. [Tetsuo the Bullet Man.  Taguchi starred in the original

and in the sequel Tetsuo II : Body Hammer

]. Taguchi seemed to be amused by the concept of a “self-remake” [Shinya Tsukamoto

re-making his own films].
I asked Taguchi and Asakawa about their own personal preferences (subs or dubs?) when it came to watching foreign films in Japan.
Asakawa on the whole preferred subtitles as a spectator, but added that subtitles on 3D films such as Avatar

are simply awful. The human eye simply cannot absorb the 3D special effects and the subtitles at the same time. In such cases super-dubbing is preferable to subtitles.
Taguchi said that for him it depended on what he was watching, but on the whole he prefers his television dubbed and movies in the cinema to be subbed.

I asked the entire panel what their thoughts were on the way in which comedy shows and reality shows on Japanese television superimpose what the people are saying on the screen in colour written text (sample screenshot above, where the Japanese text just repeats what the comic character is saying).
Michael Arias says that he sees this trend as having the similar function as the laugh track did on early American TV shows
Taguchi first joked that he at first thought that it’s for people who are hearing impaired. His serious answer was that it adds stress to what the people are saying.
Arakawa sees it as a technique to emphasize the comedy. She said that she had also seen this technique used in other Asian countries.
Crispin Freeman said that it reminded him of the Ka-Pow! cartoon-like visual special effects added to the original Batman

TV series starring Adam West and Burt Ward.
End of my handwritten notes from the event.