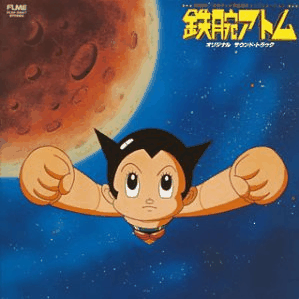 Click Here for Part Four
Drawing on his extensive knowledge of anime history, Crispin Freeman talked a bit about the Americanization of anime in the early days. In the 1970s and 1980s it was commonplace for dubs to anglicize character and place names. For example, Tetsuwan Atomu became Astro Boy

. The internet changed everything. For example, in the dub of Naruto

[Freeman does the voice of Itachi Uchiha], they preserve certain Japanese terms such as jutsu (method/technique), because the fans demand it. Freeman spoke of how fascinating it has been for him to bear witness to the change in the reception of Japanese animation in the past 10 to 15 years.
Here Domenig interjected by mentioning the impact of globalization on Japanese film and animation. There is a lot less ‘iwakan’ (違和感/ feeling of discomfort, unease, or awkwardness), or ‘resistance to foreigners’.
Freeman continued that if they were to change the text too much in the adaptation to English then fans will prefer to share fansubs and not buy the official English version.
Domenig then asked Asakawa if there were examples of fan bases being dissatisfied with the final product when films went from English to Japanese. Asakawa related the infamous case of the subtitling of Peter Jackson’s Lord of the Rings

, of course, had a well established fan base in Japan, but unfortunately, renowned translator Natsuko Toda

did not research this fan base when doing the subtitles for the first film. The Tolkien

fan base was outraged and it almost landed before the courts. [in Toda’s defense, she had never read the books and the producers foolishly only gave her a week to do the subtitles, read more here. On the other hand, she or the producers should have done a bit more research about the fan base before deciding to render the names in katakana]. A number of websites sprang up in the wake of the film’s release with names such as “Boromir is not a liar” and Down with Toda Natsuko” which critiqued the subtitles and provided alternate translations.
Part Six