Martin Vieillot of EigaGoGo sent me a little note last week telling me about the debut of a new free online magazine dedicated to Asian film. If you can read French, I highly recommend that you take a peek at Écrans d’asie (Screens of Asia) put together by Damien Pacciellieri and his small band of collaborators: Erwin Cadoret, Christophe Falin, Nolwenn Leminez, Li Xin, and Martin Vieillot.

The debut edition, with its beautiful image quality, was timed to coincide with the Cannes film festival which saw six of the twenty films competing for the top prize coming from Asia. Palme d’or contenders included the thriller Vengeance by Johnnie To (Hong Kong), the vampire movie Thirst by Park Chan Wook (South Korea), romantic tragedy Spring Fever by Lou Ye (China), graphic crime film Kinatay by Brillante Mendoza (Philippines), and a movie about a Taiwanese director trying to make a film in Paris called Visage by Tsai Ming-Liang (Taiwan). Mendoza ended up winning the best director award, while Park Chan Wook won a jury prize. Many other Asian films were represented in other categories, such as Hirokazu Kore-eda’s latest film Air Doll (Kūki ningyō) which screened in the Un Certain Regard programme.

In the preamble to the magazine, Pacciellieri writes of the need for more film criticism of the wealth of new films coming from the east. A case in point might be the special section the magazine dedicated to Ozu’s aesthetics by Nolwenn Leminez. The article trots out the old arguments about Ozu’s ‘zen aesthetics’ and being ‘the most Japanese’ of all directors – overly simplified concepts in desperate need of debunking once and for all. Fortunately, Leminez counterbalances these views with Japanese critics who argue that Ozu has been exoticized by Western critics. Yoichi Umemoto places the blame squarely on Donald Richie’s shoulders. While Richie deserves much praise for bringing the splendor of Japanese cinema to a wider audience outside of Japan, at the same time he and Noel Burch have a lot to answer for when it comes to the ‘othering’ of Ozu. As Leminez concludes, much of western criticism of Ozu has taken a much too narrow view of his art. Far from being the most ‘Japanese’ of directors, in my own personal opinion the reason for Ozu’s continued renown as a film director is the universality of his themes.

The debut edition of Écrans d’asie also includes a fascinating piece on the role of cats in Japanese animation by Martin Viellot (screencap above) as well as reviews of Hirokazu Kore-eda’s Sitll Walking, Kiyoshi Kurosawa’s Tokyo Sonata, and Miyazaki’s Ponyo by Damien Pacciellieri. Not to mention, of course, pages and pages of articles and reviews of films from across the rest of Asia including the Middle East. This magazine is clearly a labour of love and I look forward to reading future editions. For more information, check out their Facebook Group. 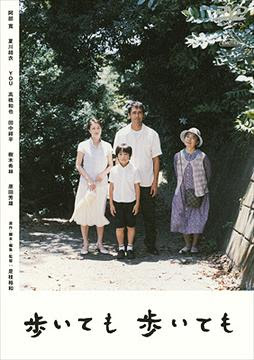