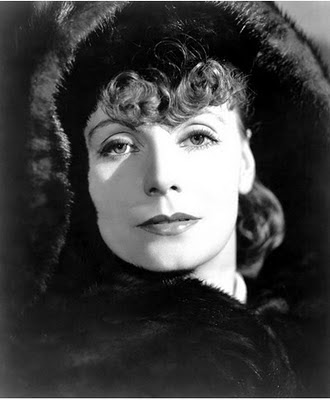 My late grandmother Jessie saw this film when she was sixteen years old. She had never seen it since when she spoke to me about it in her seventies, but she could still recall with clarity what a beautiful film it was and how moved she had been by it. Watching it for the first time today I could see why. Clarence Brown’s 1935 film enchants from the very beginning, with its powerful score by Herbert Stothart, elaborate costumes and sets, and glorious cinematography. Everything and more that one would expect from a 1930s MGM extravaganza and from legendary producer David O. Selznick.

Some of my favourite moments include the marvelous retreating tracking shot that hovers just a hairsbreadth off the extremely long table set with a sumptuous meal and candelabras as the Russian soldiers sing a lusty song. An incredible shot which must have involved a camera on a special crane. The food is so close that one would think the camera would bump into something at any moment. Other beautiful shots include Garbo’s appearance at the train station stepping out of a cloud of steam; Garbo’s melancholy face looking out the window of the train to St. Petersburg with a sunset reflecting in the glass in front of her; the horse race scene is shot extremely well, with cameras moving in front of and alongside the riders in a very breathtaking way; and of course the incredible look Anna gets on her face in her final scene when she hears the tap-tap-tap of the man checking the wheels on the train. I feel sure that my grandmother must have been truly entranced by the splendour of the scene at the ball when Anna and Vronsky infamously dance the mazurka together, and I know she must have wept with sorrow, as I did, during the final scene when Anna has seen Vronsky depart on the train for battle (an anomaly not in the novel but it works as a Hollywood remedy to turn a 900 page novel into a 90 minute film).

Fans of Tolstoy’s novel will of course be disappointed by almost complete erasure of the story of Levin and Kitty. In the novel, their tale had equal weight of that of Anna and Vronsky. It has been a long time since I read the novel, but I remember it being devastating. When Anna threw herself under the train at the end of the seventh part, I stopped reading. I could not bear to read on. Viewing this film reminds me that I should revisit the novel and brace myself to read to the very end.  softened the blow by not showing us Anna’s actual jump, ut it was devastating just the same. The one thing I have never been able to identify with in Anna Karenina, nor forgive her for, is her choice of Vronsky over her son. The film renders this as equally heartbreaking as in the novel by casting dear, sweet Freddie Bartholomew, angel of such films as Little Lord Fauntleroy (John Cromwell, 1936) and Captains Courageous (Victor Fleming, 1937), as little Sergei. I could not understand Anna’s choice when reading the novel as a teenager, and now as a mother myself I understand it even less. The screenwriters did a great job of transforming a subject that I’m sure they knew would be a challenge to get past the censors.During Anna’s affair with Vronsky, they rarely lock lips, and if they do it is only for a brief second. The screenwriters of course had to delete the section of the novel when she gets pregnant and has his child.Scandalous for the 1930s – the movie would surely have been a flop. 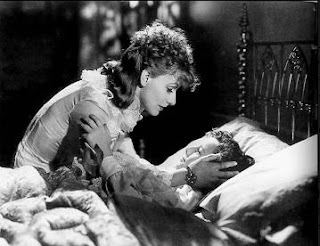 Although I personally felt that the rapport between Greta Garbo and Frederic March in the leads lacked a frisson, this is certainly an un-missable classic with solid performances all round from the cast. My personal favourite casting decision is Reginald Owen as Stiva. I do have a soft spot for Reginald Owen. He plays a perfectly wonderful rat in Hitchcock’s Rebecca. I also must admit that I have frankly never been a great fan of Garbo’s – too dour for my taste, I prefer women like Norma Shearer, Rosalind Russell, and Paulette Godard – but she did win me over in this film. A gloriously tragic performance that is neither under- nor overplayed.

Trivia:
I discovered this interesting coincidence when reading the biographies of the leading men in this film.