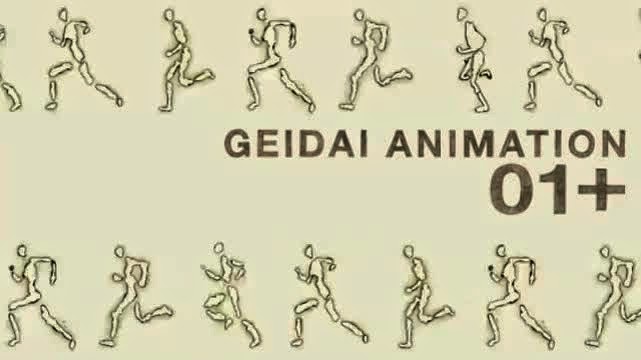 The Graduate School of Film and New Media at Tokyo University of the Arts (aka Geidai) began its 2-Year Animation MA Programme in 2008.  Their first graduating class of eleven students was in 2010 and in this year they inaugurated what has now become a tradition of holding a screening event at the end of the school year (March) and releasing a DVD showcasing their student works.  The students share the copyright of their films with the university.  In return, the university promotes their student works at festivals around the world.

With this first graduating class, Geidai set the bar high for itself accepting only the cream of the crop of applicants to their programme.  Following in the footsteps of their mentors, many of the graduating animators of 2010 have gone on to win top prizes at both domestic and international festivals.   The biggest success story so far has been Atsushi Wada whose graduate film In a Pig's Eye (2010) was nominated at Zagreb, Annecy, Hiroshima, and Ottawa, and won the Best Film at Fantoche, and the Grand Prix at the London International Animation Film Festival.   He then went on to win the prestigious Silver Bear at the Berlinale with The Great Rabbit (2012).  Other top animators to win the Silver Bear include Norman McLaren and Evelyn Lambart in 1956 for Rhythmetic, Paul Driessen in 1981 for On Land, at Sea and in the Air, and Ishu Patel in 1985 for Paradise.

The female animators of this inaugural graduating year are also outstanding.  In the tradition of Caroline Leaf and Aleksandr Petrov, Saori Shiroki has been making a name for herself with her monochrome paint-on-glass animation.  Aico Kitamura's Getting Dressed is an excellent film and I am impatient to see more work from this budding artist.

The cover art for the DVD is illustrated by Yoshiko Misumi and Aico Kitamura.  The opening trailer is directed by   Hiromitsu Murakami.  The DVD comes with a booklet of film descriptions and animator bios.  The DVD itself includes the 11 graduating works in Japanese and English.  Unless otherwise noted, the film descriptions below are from the booklet.  I have included links to the full reviews that I have written for some of the films.  The bios have been updated with the most current information I could find.  Links to official websites and social media have also been included. 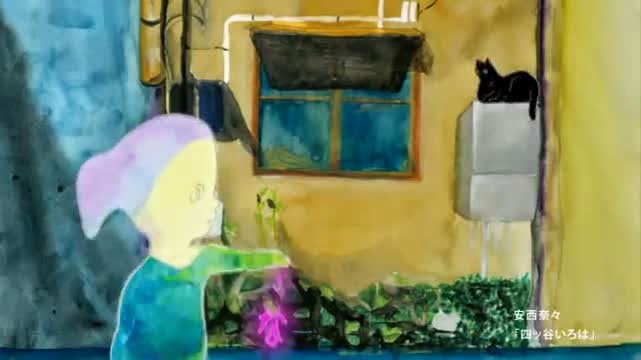 “The Yotsuya Alphabet story tells of a girl caught in a surreal world with the use of Japanese characters.  The story is about the girl who lives in the town called Yotsuya and wanders around the surreal world.  Eventually she melts down and becomes a part of the Yotsuya town.  Is the town real or only her imagination?” 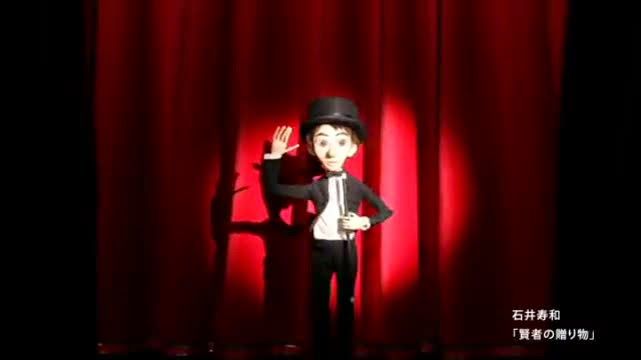 “This is a story about Jim, an apprentice magician, and Della, his wife, on Christmas Day.  Della has her beautiful and long hair cut off and sells it in order to buy him a present that is a chain made for his gold watch.  In the evening, Jim reaches home, but is stunned to see her look so different.”

Toshikazu Ishii (石井寿和, b. 1984) is from Chiba.  He did his BA at Waseda University and graduated from Geidai in 2010.  Ishii teaches how to make stop motion figures using armature at Otomeru alongside Keita Funamoto and Masahide Kobayashi.  See him teaching armature on Otomoru’s website.  Learn more about Keita Funamoto in Stop Motion Magazine (February 2011, Issue #10). 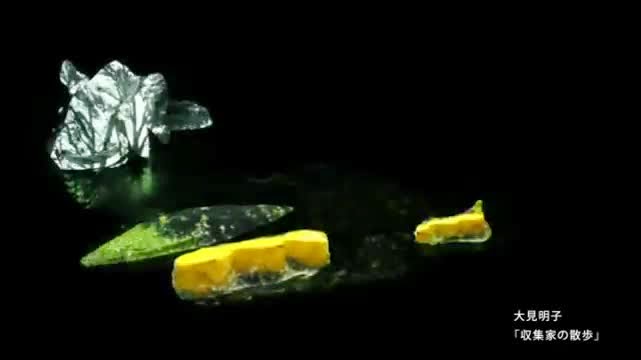 “A day and a collector’s stroll.  He goes out from his apartment for a stroll in the park.  He walks and sees things in the park unintentionally and these are gathered in his mind one after another.  How do we memorize things in an ordinary life?  Our mind is like a scrapbook, gathered and stuffed with mess.”

Akiko Omi (大見明子, b. 1977) is from Nara.  She has a BA (Hons) in Theatre, Set Design for Stage and Screen from Wimbledon College of Art (UAL, 2004).  After working as a modeller at an animation studio, Omi pursued her MA at Geidai (2010).  She won the Yōji Kuri Award at the ASK? Film Festival in 2010 and has shown her work at international festivals and galleries.  Check out her official website for samples of her work or follow her on Twitter @AkikoOmi. 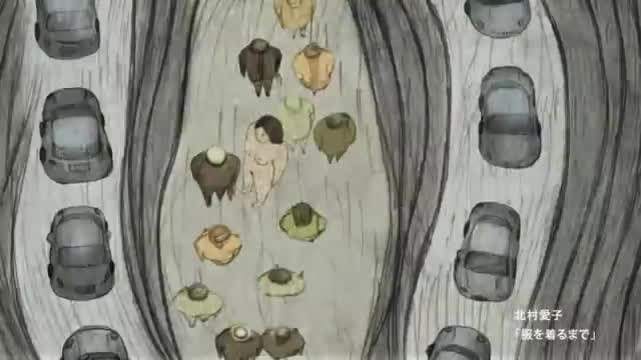 “This woman has detached herself from the outside world.  For her, it is daily work to feed her bird and to look at the town from her window.  Because she doesn’t go out, she does not even put on clothes.  However, this daily life has ended.  She has run out of the cornflakes that she eats every day. As we get up in the morning and put on clothes, we are alive in a social system.  Nobody understands whether it is the correct world.  However, even if you escape from the system, the day you have to return will come.”
Read my full review of Getting Dressed

Aico Kitamura (北村愛子, b. 1985) was born in Kyoto.  While a student at Kyoto Seika University she discovered the world of independent animation and graduated with a degree in Graphic Arts.  She completed her MA at Geidai in 2010.   Check out her official website and follow her on Twitter. @Aico_kitamura. 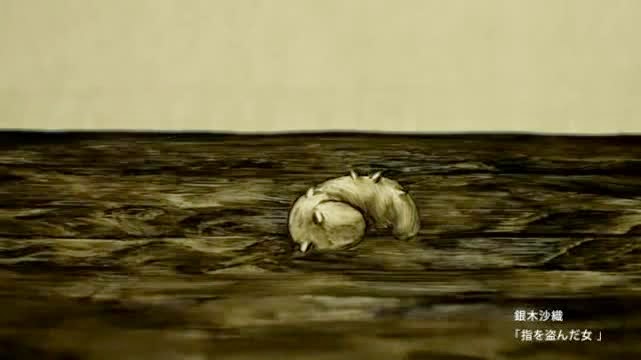 Saori Shiroki (銀木沙織, b. 1984) was born in Saitama.  She did her BA in Oil Painting at Tama Art University (2007) followed by an MA in Animation at Geidai (2010).  She is a member of CALF Studio and has made a name for herself at international festivals as a paint-on-glass animator.  Follow her on vimeo. 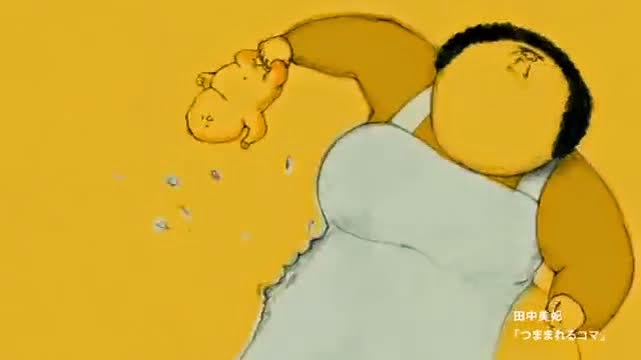 “Almost everyone in a contemporary society is picked up and moved by someone or something like a ‘Sugoroku’.  The first one which picks up is ‘Parents’.  A hero grows up along a ‘Sugoroku’.  This work describes.  .  .  the process of his growth [as] he depends on his parents.  .  .  One day he decides to cut off his relationship with his family.”

Bring Me Up received a special mention at Animafest Zagreb 2010.

Miki Tanaka (田中美妃, b. 1982) is from Tokyo.  She has a BA in Design from Geidai (2004) in addition to her MA in Animation (2010).  Tanaka is a partner of CALF Studio and works as an independent animator.  Check out her official website to see samples of her recent work. 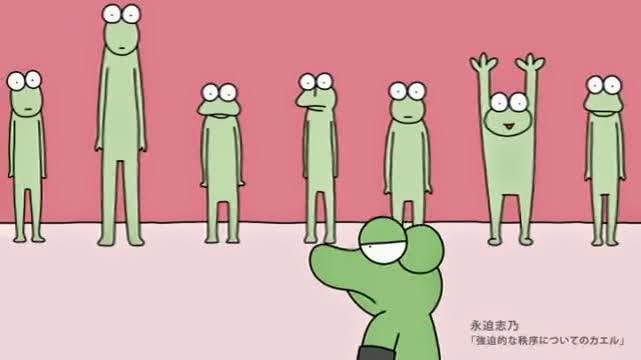 “It’s a story about a frog who is eager to make his companions stand [in] a line.  He is the only one who wears an armlet, and has a [slightly] different skin colour from the other frogs.  This work focuses on the relationship between the ‘rulers’ and ‘ruled ones’, and describes the consequences of some unexpected events.”

Shino Nagasako (永迫志乃, b.1983) was born in Hiroshima.  He has a BA in Graphic Design from Tama Art University (2007) and an MA in Animation from Geidai (2010).  His graduate film from Tamabi, The Kitty and the Pony (ネコの人とウマの人, 2007) won an Excellence Prize at the 2nd Annual Charanime-kobo Movie Contest (2007).   Learn more about him on his official website and check out his work on vimeo. 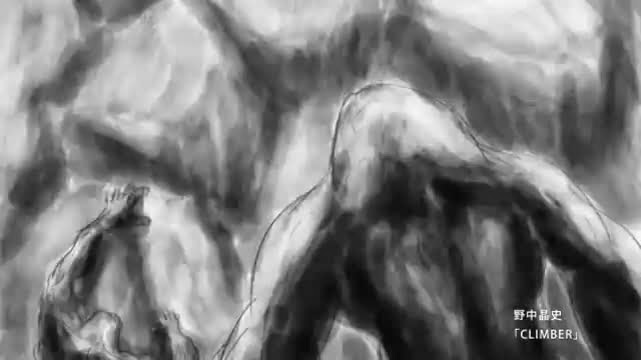 “Climbers are try to conquer an endless stone pillar.  Each one of them keeps on climbing They are the symbols of accumulation.” Source: Anima Mundi catalogue

Akifumi Nonaka (野中晶史, b. 1985) is from Shizuoka.  He has a BA in Design and Architecture from Nagoya City University and an MA in Animation from Geidai (2010).  He freelances as an independent animator.  Check out his official website and follow him on twitter @noakitw and Youtube.  His most recent indie short is called The Rush Hour Commuters (通勤ラッシャーズ, 2013). 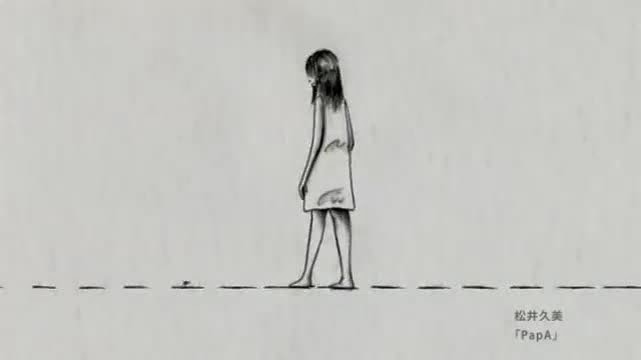 “When there are light sources and objects, shadows can sure there.  .  .  There is an object blocking the light.  .  .  The shadow is proof [that the object is there].  If the shadow [disappears], you should think that the object ha[s] disappeared.  It is the only reality.” 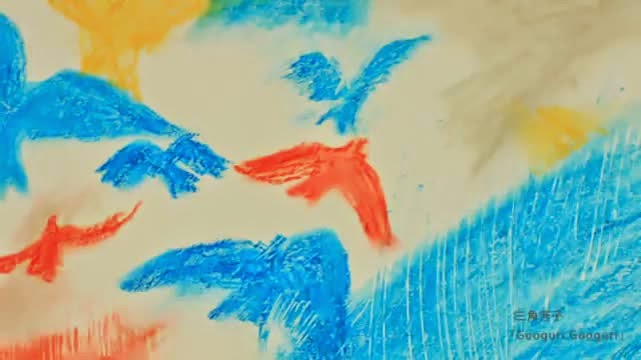 Yoshiko Misumi (三角芳子, b. 1978) was born in Fukuoka.  She has a degree in Textiles from Geidai in addition to her MA in Animation (2010).  Her animated short for the NHK A Tale of a Carefree King (王さまものがたり, 2007) made the Jury Selection at the Japan Media Arts Festival (2007).  Googuri Googuri competed in international festivals and won the top prize at the ASK? Film Festival 2010.  Check out her official website. 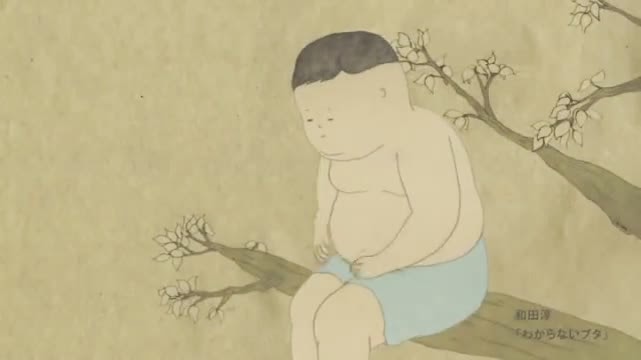 “[A] surreal snapshot of the life of a family, and the giant pig blocking their front door.” – MIFF catalogue

Read my full review of In a Pig’s Eye

Atsushi Wada (和田淳, b. 1980) is from Hyogo Prefecture.  He started off as a self-taught animator in 2002 and did the Animation Workshop at Image Forum before doing his MA at Geidai (2010).  Wada is the most successful graduate of the first graduating class winning awards at many festivals including the top awards at Fantoche and the London International Animation Festival.  The Mechanism of Spring (2010) premiered at the Venice Film Festival and The Great Rabbit (2012) won the Silver Bear at the Berlinale.  Wada is a founding member of CALF.  Check out his official website and follow him on twitter @Atsushi_Wada.  In addition to working as an independent animator he currently teaches at Otemae University in Hyogo.