Nippon Connection has asked me host a Film Talk with guests who have a connection to the Graduate School of Film and New Media at the Tokyo University of the Arts (Geidai) in Yokohama. Yokohama’s twin city status with Frankfurt am Main has led to our having been able to invite amazing animation guests and films from Geidai since 2013. 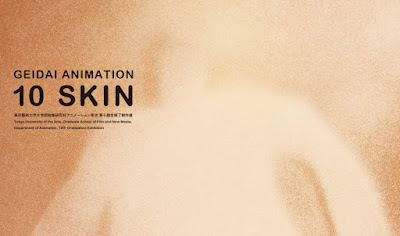 Participating in the talk will be this year’s animation guest Ilan Nguyen (イラン・グェン), adjuct professor to the Department of Animation.  He is presenting the Tokyo University of the Arts: Animation Shorts on Thursday, May 30th in the Naxoshalle and giving a lecture Remembering Isao Takahata: A Personal View On Post-War Japan’s Most Influential Animation Director on Friday, May 31st in Mousonturm Studio 1.

Two graduates of the Film and New Media graduate programme, Satoru Hirohara (廣原暁) and Natsuki Nakagawa (中川奈月), will also participate in order to give us the student perspective on the institution. Hirohara’s live action feature film Dawn Wind in My Poncho (ポンチョに夜明けの風はらませて / Poncho ni yoake no kaze haramasete, 2017) is having its European premiere at Nippon Connection and is competing for the Nippon Cinema Award.


Nakagawa’s 60-minute feature She is Alone (彼女はひとり/ Kanojo wa hitori, 2018) is screening in the SKIP CITY INTERNATIONAL D-CINEMA FESTIVAL SPECIAL on Thursday, May 30th as one of two award-winning films from last year’s Skip City Festival in Saitama.  It is in competition in the Nippon Visions Jury and Audience Awards.

This event is sponsored by The City of Yokohama Frankfurt Representative Office and the Referat für Internationale Angelegenheiten der Stadt Frankfurt am Main.