(see recently leaked images) despite the fact that the film won’t be released until spring 2010. It got me thinking about the prevalence of Alice in Wonderland-type themes in Japanese animation.

The first one that comes to mind is the classic anime series Alice in Wonderland (ふしぎの国のアリス/Fushigi no Kuni no Arisu, 1983-1984) directed by Shigeo Koshi and Taku Sugiyama. The series was a German-Japanese co-production involving Nippon Animation which aired on in Japan on the NHK and in West Germany on ZDF. Nippon Animation (formerly Zuiyo Eizo) has a long history of producing classics from world children’s literature. They were the studio responsible for the World Masterpiece Theatre (世界名作劇場/ Sekai Meisaku Gekijō) anime series, which ran from 1969 to 1997. It’s a beautifully animated little series. I don’t know if it has ever shown on TV in English – I would imagine that there might be copyright problems with Disney - but it’s widely available on DVD here in Germany and repeats were shown on the children’s broadcaster KiKa earlier this year.

theme. It follows the adventures of a young girl who is drawn into a fantasy world when she falls down an old well. Viz, the company who translated the series into English, gave nods to the influence of Lewis Carroll in their translations of some of the titles. For example, of the third episode in the first series as "Down the Rabbit Hole and Back Again." (骨喰いの井戸からただいまっ!) The second movie was called The Castle Beyond the Looking Glass (映画犬夜叉 鏡の中の夢幻城, 2002). The use of the archaic term ‘looking glass’ instead of ‘mirror’ as a translation for ‘kagami’ (鏡) makes the Lewis Carroll reference clear.

The Clamp manga Miyuki-chan in Wonderland 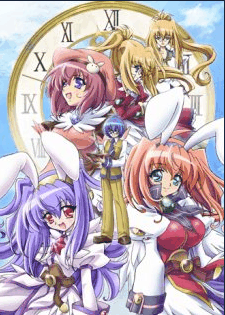 My favourite, however, is Atsuko Ishizuka’s contribution to the NHK’s Minna no Uta series: Tsuki no Waltz (Waltz of the Moon, 2004). After making a big splash with her independently produced animation shorts, Madhouse snapped Ishizuka up as an in-house animator. However, the studio was kind enough to let Ishizuka do one short animation for the NHK. Tsuki no Waltz is easily in my top ten Minna no Uta animations of all time because the dream-like animation is just stunning. It fits with the romantic Mio Isayama song perfectly, and each frame of the animation could be printed, framed, and hung on the wall as art. You can check out the video here.  (Update Sept. 2010: More on Tsuki no Waltz)

Can anyone think of one that I've missed?  Leave a message in the comments.

Tsuki no Waltz is available on: 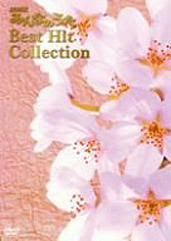