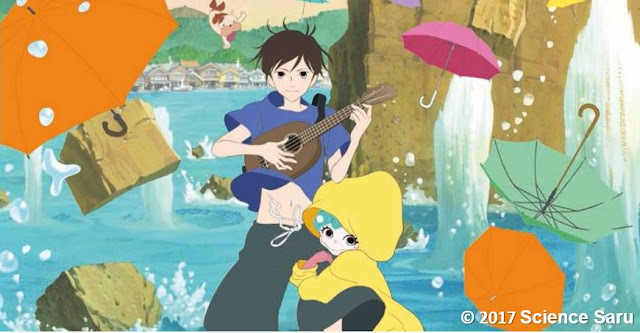 Nippon Connection has put together another wonderful programme of animation this year. One of the must-see feature films is Masaaki Yuasa’s Lu Over the Wall (夜明け告げるルーのうた, 2017), which won the coveted Cristal for Best Feature Film at Annecy last spring and went on to win the Noburō Ōfuji Award for innovation in animation at the Mainichi Film Awards earlier this year.

Equally worth watching is Yuasa’s adaptation of Tomihiko Morimi’s novel The Night Is Short, Walk on Girl (夜は短し歩けよ乙女, 2017). Morimi’s works are usually set in his native Kyoto, and this particular story shares not only the Kyoto setting but also many of its the characters with The Tatami Galaxy, another Morimi novel that Yuasa famously adapted into an acclaimed TV anime series. The Night Is Short, Walk on Girl is a critically acclaimed feature film that won Animation of the Year at the Japanese Academy Awards and Best Animated Feature at OIAF 2017.

Although we lost the wonderful Isao Takahata this year, the Studio Ghibli spirit lives on in Studio Ponoc, formed by former Ghibli producer Yoshiaki Nishimura in 2015. Its debut feature film, Mary and the Witch’s Flower (メアリと魔女の花) is directed by Hiromasa Yonebayashi, who also made his name at Ghibli. The visually stunning film was one of the top grossing Japanese films at the Japanese box office for 2017.

Mutafukaz (2017) is a French-Japanese co-production combining the forces of Ankama Animations (an offshoot of the publisher Ankama) with popular anime house Studio 4C. It is a wild, frenetic ride in the vein of Tekkon Kinkreet, which co-director Shōjirō Nishimi worked on as character designer. The film is the vision of the French co-director Guillaume “Run” Renard, who created the original graphic novel series. The film will be shown in French with German subtitles.

Popular anime director Mamoru Hosoda’s 2015 film The Boy and the Beast (バケモノの子) will play at the annual Film Breakfast – this event always sells out so book your seat early.

If your taste runs to more alternative fare, Ujicha is back at the festival with his cutout film Violence Voyager (2017). A graduate of Kyoto Saga Art University, Ujicha coined his primitive yet effective technique “gekimation” (劇メーション). He has made a number of shorts in this style and his debut feature film The Burning Buddha Man (2013) won an excellence award at the Japanese Media Arts Festival and was shown at Nippon Connection 2013. Watch the trailer for Violence Voyager to see if it’s up your alley.

Tokyo University of the Arts is back with a selection of its recent graduate works – read my full article on it here – and I have once again curated a selection of independent animated shorts. Learn more about it here.  I am pleased to be able to announce that animation artist Yuki Hayashi will be able to attend the screening this year. 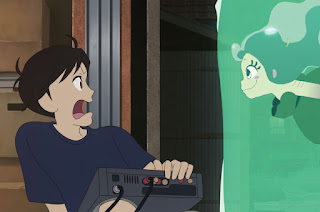 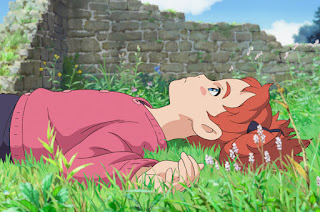 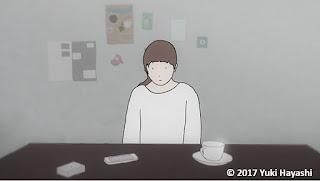 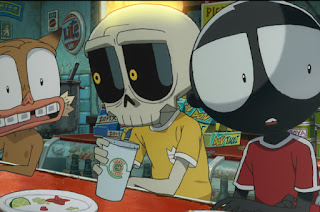 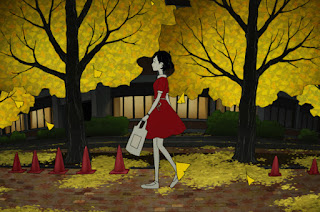 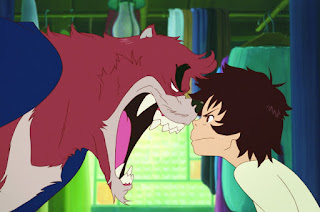 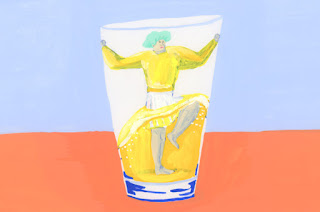 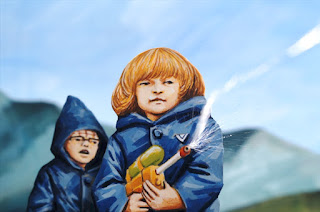 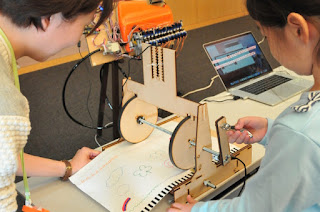 PAINT YOUR OWN MUSIC:
COMPOSITION WORKSHOP FOR KIDS
Thursday, May 31, 15:00 Naxos Atelier
Workshop in Japanese with German translation
"Even if you can’t read notes and don’t play any instrument, you can be a composer - just by painting pictures! Yuichi MATSUMOTO of the Tokyo University of the Arts has invented a fantastic instrument, which conveys images into music. He, a composer himself, will show you how you can use your own drawings to make a short 'music-film'."
Posted by Tanuki Press at 5:19 am