Kuri’s Clap Vocalism (人間動物園,1962), also known as Human Zoo, was entered into competition with the Italian title Giardino Umano at the 23rd Venice International Film Festival as part of the 13th Festival of Documentary and Short Films and won the bronze medal for animation (Osella di bronzo per i cortometraggi di animazione).  His film Stamp Fantasy (1961) had been at the festival the year previously and his work would regularly feature at the Biennale and other European festivals throughout the 1960s.

The path to international recognition for Japanese animation had already been forged by the animation pioneer Noburō Ōfuji (大藤信郎) who passed away in 1961 with two animated films incomplete (learn more)  In his memory, the Mainichi Film Awards created an award for innovation in animation, known as the Noburō Ōfuji Award (大藤信郎賞).  The first recipient of this award was Osamu Tezuka for his short film Story of a Certain Street Corner (ある街角の物語, 1962) The Mainichi Film Awards do not publish the other contenders for this annual prize, which got me to wondering what other films might have been on the short list.  Kuri’s Clap Vocalism was international sensation but didn’t get the nod until 1965 when the Mainichi film awards recognised several of his films together.   Manabe’s Cinepoem No. 1 is also one of the most innovative of the year.

In the world of television, Ryuichi Yokoyama’s Otogi Pro animation series Instant History (インスタントヒストリー), which had debuted in 1961, continued in 1962 under the new title Otogi Manga Calendar (おとぎマンガカレンダー) moving from Fuji Television to TBS.  In addition, Otogi’s World Tour (おとぎの世界旅行 / Otogi no sekai ryoko, 1962), an omnibus of seven shorts that Yokoyama has completed in 1960 where edited into a feature length release and given a cinematic release.  The distributor was Toho, who apparently oddly screened the omnibus film together with King Kong vs. Godzilla (キングコング対ゴジラ, 1962).

The other significant animation event in Japan in 1962 was the release of the widescreen feature anime Arabian Nights: Sinbad's Adventures (アラビアンナイト シンドバッドの冒険, 1962) on July 21st.  Not to be confused with the 1975/6 Nippon Animation TV series of the same name, this was Tōei Dōga’s fifth feature anime.  Co-directed by Taiji Yabushita and Yoshio Kuroda, this beautifully animated work was the first Tōei film to use a setting outside of East Asia.  Inspired by the classic legends of One Thousand and One Nights, the screenplay was developed by manga-ka Osamu Tezuka and the novelist Morio Kita. 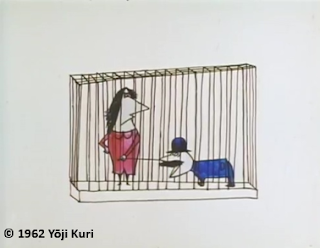 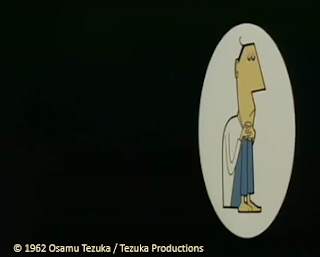 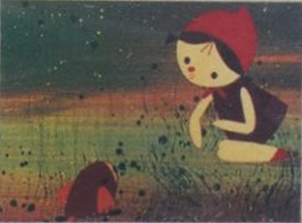 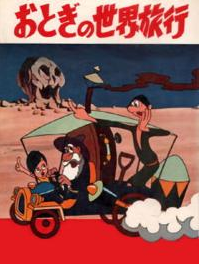 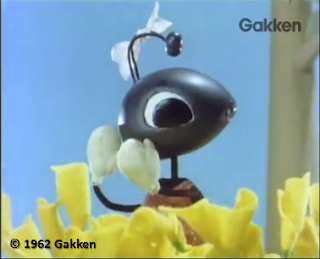