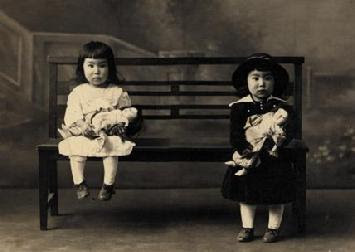 When sansei Canadian filmmaker Linda Ohama set out to make a film that would celebrate her grandmother’s life on the eve of her 100th birthday, she had no idea just how far her journey would take her.  On the surface, there was more than enough material to make a feature-length documentary for her obāchan (grandma) had lived an extraordinary life in Canada.  Yet during the filming of Obāchan’s Garden (2001), the Murakami family discovers that the matriarch of the family has been keeping a painful secret about her early life in Japan for over 70 years.

Asayo Murakami (1898-2002) was born in Onomichi, Hiroshima Perfecture in 1898.  Her parents had named her Asayo because she was born in early in the morning (asa).  For her Canadian family, Asayo’s story began in 1924 when she came to Canada as a “picture bride”.  A man named Murakami had selected Asayo’s photograph as a potential future wife and paid for her journey to British Columbia.  Unfortunately, upon meeting Mr. Murakami, Asayo immediately rejected the possibility of marrying this short statured man.  She worked for three years in a fish cannery and picking strawberries to pay the man back the $250 dollars he had spent on her.

Not long after this a matchmaker introduced her to the fishing boat craftsman Otokichi Murakami (of no relation to the man she had turned down) – a tall widower with two young children.  Asayo agreed to this marriage and the couple settled in the village of Steveston, which today belongs to the city of Richmond, British Columbia.  They went on to have 8 children of their own and Asayo was known locally for her wide social circle and her beautiful flower garden.  While most women filled their gardens with more practical crops of fruit and vegetables, Asayo preferred flowers – a sentimental preference which was connected to her private sorrows.

Like the other Japanese families living in coastal British Columbia, the Murakamis were forced to leave their home during World War II and were relocated to a sugar-beet farm in Manitoba.  After the war restrictions were lifted, the couple joined their eldest daughter and her family on their potato farm in Rainier, Alberta.  These were difficult times for the family  – the grandfather missed making boats and Asayo missed her garden  –  but they were resilient folk and persevered in the face of hardship.

Linda Ohama pieces together the life of her obāchan like a quilt.  Fragments of recollections by obāchan herself, Ohama’s mother and siblings, Ohama’s daughter, and other friends and relatives are woven together with a collection of family photos, archival footage from Japan and Canada, and dramatic reenactments of the past with the filmmaker’s cousin Natsuko Ohama playing obāchan in her younger years.  Docudrama elements in documentaries are a common, and sometimes controversial, feature in Canadian documentaries and may not be to everyone’s taste – but as the Murakami family had to leave everything behind when they left Steveston, the reenacted sequences bring colour and life to the home that obāchan loved best outside of Onomichi. 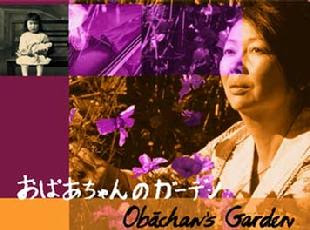 The film keeps coming back to one of obāchan’s prized possessions: a beautiful photograph of two smartly dressed little girls.  The secret that obāchan has kept for all these years is that before she came to Canada she was married to a man from a prominent family called Ishibashi.  For reasons that are unclear, around the time of the Great Kantō earthquake, Asayo was divorced from her husband and he took their daughters to live on the grounds of the Imperial Palace in Tokyo.  Asayo has been unable to trace her children, but has always believed that they were safe because they lived near the emperor and his family.

The discovery of obāchan’s secret changes the course from a mere celebration of Asayo’s life to a quest to find out what happened to these two long-lost daughters.  At this point, according to the director's online diary, Ohama brought the National Film Board of Canada on board to help with funding and she set off to Japan with her mother and daughter – the first time the three women have been to visit obāchan’s family there.  It is a complicated journey, with many unexpected twists and turns, but it certainly makes riveting viewing.

Also interwoven with the story of obāchan is the story of her former home in Steveson.  The Murakami home and boat works, where they lived from 1929-1942 were the only buildings belonging to the Japanese to survive into the 1990s.  As they prepare for obāchan’s birthday, the family are involved in the restoration of the property which is now a part of the Britannia Heritage Shipyard Site in Richmond.  The film also documents the family’s restoration of the garden, which they plant according to obāchan’s instructions in preparation for the opening of the Murakami Visitor Centre in May 1998.

Is Linda Ohama able to track down obāchan’s daughters and is it possible for frail obāchan to travel to British Columbia from her nursing home in Alberta to see her garden in its restored glory?  You can enjoy the emotional ending of the film yourself on the NFB website:

Obachan's Garden by Linda Ohama, National Film Board of Canada

Since making this documentary Linda Ohama (リンダ・オオハマ/official profile) has developed strong ties between Canada and Japan.  She is currently in Japan on a lecture tour and is active in Tohoku region recovery efforts through her Canada-Tohoku-Japan Cloth Letters project.