Radioactivists – Protest in Japan since Fukushima (2011) 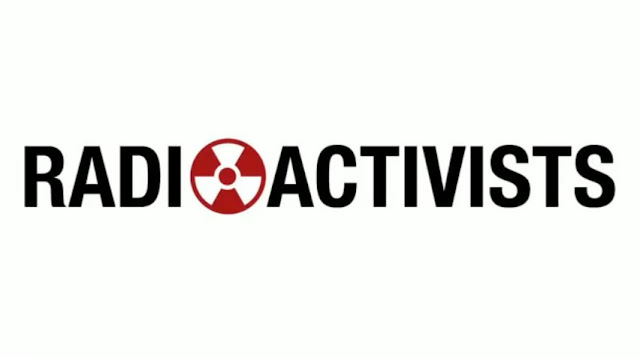 The earthquake and tsunami of March 11, 2011 and the ensuing nuclear disaster were a wake-up call not only for the citizens of Japan but for people around the world living with nuclear energy.  If a catastrophe of this magnitude could happen in a country as technologically advanced as Japan, then surely it could happen closer to home.  The notion that local governments are looking out for the best interests of the people when it comes to nuclear energy has been forever destroyed by this event.

One of the countries most deeply impacted by increased anti-nuclear sentiment in the wake of the Japanese disaster has been Germany, where the government was pressured into announcing a commitment to abandon nuclear power on May 30, 2011. By chance, two young politically aware Germans, Julia Leser and Clarissa Seidel, were in Japan during the catastrophe.  Leser, a student of Japanology and politics at Leipzig University, had just completed a year abroad at Waseda.  Her friend Seidel, a recent media studies graduate, had joined her for a short holiday.  Two days after the earthquake hit, the two returned to Germany where they were frustrated about the lack of media coverage of the growing anti-nuclear movement in Japan that they were following on websites like J-Fissures and Shirōtono Ran.  Inspired by the by this, Leser and Seidel returned to Japan with a camera to make their first documentary: Radioactivists – Protest in Japan since Fukushima (2011)

Radioactivists focuses exclusively on the reaction to the nuclear disaster in Tokyo.  The first Shirōto no Ran (素人の乱/Revolt of the Amateurs) demonstration was held in Koenji on April 10th.  With an estimated 15,000 people in attendance, it was the largest protest of its kind in Japan since the 1970s.  Seidel and Leser tell the story through lively footage of the protests and the testimony of the key figures organizing the movement:  Hajime Matsumoto, an entrepreneur and activist who founded the Shirōto no Ran movement, the writer Yoshihiko Ikegami who is editor in chief of political magazine Gendai Shisō, and Keisuke Narita, an anarchist, activist, and owner of a DIY-Infoshop in Shinjuku.  The political and social ramifications of this movement are put into context in the film by interviews with the political scientist Chigaya Kinoshita and the sociologist Yoshitaka Mōri.

For first time documentary filmmakers, I was impressed that Leser and Seidel were able to whittle down  over 20 hours of footage into a neat 72 minute film.  Apart from some inelegant transitions between sections of the film, it is a strong documentary with a nice balance of information and images.  The emphasis is firmly placed on giving voice to the concerned citizens of Tokyo with the filmmakers themselves content to stay behind the lens.  The behind-the-scenes footage of the organization of the second protest in Shibuya in May shows the jocular good-will of the organizers to get as many people as possible to join in the demonstration while at the same time doing their best not to irritate the police or the park attendants of Yoyogi Park.

The audience at Japan Week for the premier of Radioactivists last Saturday was a lively crowd with many  activists in attendance who had attended Occupy Frankfurt earlier that day.  It was an eye-opening experience for many to realize how lucky they were with their ability to protest openly in Germany compared to the much more tightly regulated protests in Japan.  For example, in Japan the police are able to detain people without charge for up to 23 days – a time period which can lead to innocent people losing their jobs if applied injudiciously by police.

Although Radioactivists makes the large numbers of police at the demonstrations look out of proportion to the peaceful nature of the protesters and allows Keisuke Narita to share his grievances about police behaviour, on the whole the film tries to maintain a positive impression of the first three Shirōto no Ran demonstrations.  This is not an anti-police or anti-government film, but a documentation of a group of people entreaty to their fellow citizens to join them in their call for an end to the use of nuclear energy in Japan.  The promotion of good will is aided in a large part by the participation of Human Recovery Project, a network of punk and rock bands who do charity work in the Tohoku region.  The musicians add a celebratory, festival atmosphere to the marches.  The most moving moment in the film for me was a heartfelt performance of Kiyoshiro Imawano's anti-nuclear cover version of Eddie Cochran's  "Summertime Blues".

Radioactivists is really just a snapshot of the anti-nuclear movement in Tokyo between March and June.  Due to budgetary constraints, the makers were unable to travel to cities like Osaka and Kyoto where anti-nuclear protest has also been significant.  The film ends with footage of the third demonstration in June as it winds along the streets of Shinjuku.  Since Leser and Seidel finished shooting the film in June, the demonstrations have continued on a bi-monthly basis with more and more participants at each event.  For more information about the documentary and updates on the protests, you can follow the filmmakers on Twitter or on their blog.  I do hope that the filmmakers are inspired / get the funding to make a sequel.

Radioactivists had its world premiere on 12 November 2011 at:

This event was sponsored by Nippon Connection: