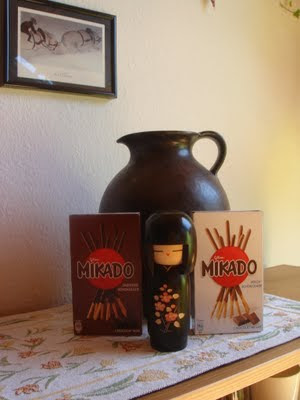 This year, Japan and Germany have been celebrating “150 Years of Friendship” (日独交流150周年 // 150 Jahre Freundschaft Deutschland–Japan - 2011) – as 2011 marks the 150th anniversary of diplomatic relations between Japan and… well, this part of the world. They are kind of fudging it a bit because Germany did not exist as a country 150 years ago - but any reason to celebrate is good enough for me.
My connection between the two countries is that I met my German husband while teaching English in Japan in 2001. Moving to Germany from Japan in 2007 was a bit of an adjustment as there are a lot of social differences between the two countries. Yet I was delighted to find that Japanese culture has many fans here in Germany. This month is was also wonderful to see how Nadeshiko Japan – the Japanese national women’s football team – captured the hearts of German football fans despite the fact that they had dashed the home team’s chances of victory in the World Cup.
I have, of course, shared my annual experiences of Nippon Connection in Frankfurt – the biggest Japanese film festival in the world – with my loyal readers. This summer, in honour of those 150 years of ties between Japan and Germany/Prussia, I would like to start a new series called Japan in Germany where I share with you some of the quirky and delightful Japanese things I have discovered during my time here. 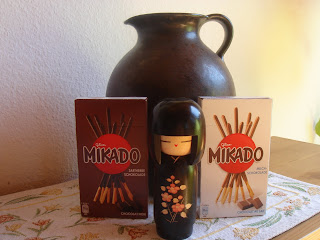 For my inaugural Japan in Germany blog post, I thought I would start with something humorous. When Japanese friends come to visit us, I always have a box or two of Glico’s Mikado chocolate sticks for them to take home with them as a souvenir. The look on a Japanese person’s face to see Pocky sticks – which got their name from the sound that they make when eaten “pokkin” (ポッキン) – re-branded as Mikado, which of course means “Emperor of Japan”, is absolutely priceless.
Pocky sticks are branded as “Mikado” throughout Europe because of the similarity of their shape to the sticks used in the game that I knew as a child in Canada as pick-up sticks but is called Mikado here in Europe. It is said that the game took its name from the name of the highest scoring blue-coloured stick which is called “Mikado.”
I have found Mikado sticks here in milk chocolate and dark chocolate flavours. While they are just as delicious as Pocky sticks – read a thorough comparison of the two over at Otaku News - I must admit that I miss the wider variety of flavours one can get in Japan such as matcha and almond. Mikado sticks have also made their way into German Eiscafés (Italian gelato cafés in Germany). The Biene Maja (Maya the Bee/みつばちマーヤ from the anime series by Nippon Animation in the mid-1970s – a very popular children’s series here in Germany) ice cream for kids usually uses Mikado sticks for the antennae.
Also read: Japan in Germany 2: Green Tea Cycle Katzenzunge 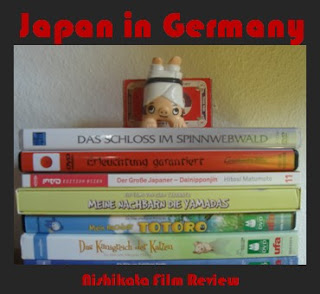