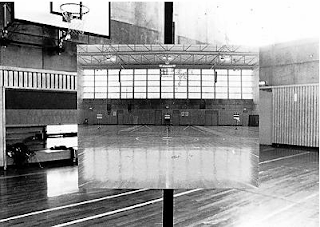 The films of Takashi Ito (伊藤高志) straddle the genres of animation and experimental film. Most of Ito's films are animation in its fundamental sense of creating the illusion of movement through the rapid display of a sequence of images. Ito's best works strip cinema down to its bare bones of being a series of photographs projected on a screen in rapid succession. His most lauded film, Spacy (1980), was made by filming and re-filming a sequence of 700 photographs with mathematical planning and precision. Image Forum's exciting new release of Takashi Ito's Film Works (Takashi Ito Eiga Sakuhin-shu) marks the first time this visionary artist's work has been available on DVD. The 2 DVD set includes all the films that were previously available on the two volumes called Illumination Ghost that Image Forum released on video in 1998, plus extra material for less than half the price of the original video set. .  .
To read the rest of this review, go to Midnight Eye.

And check out these other great Image Forum DVDs: