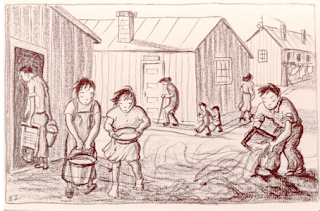 Steven Okazaki (b. 1952) is a sansei Japanese-American from California and has been nominated for four Academy Awards in his extensive career as a documentary filmmaker. Although he is the third generation of his family living in the United States, Okazaki’s films have been deeply influenced by the cultural identity of his ancestors. In particular, he is committed to educating young Americans about Hiroshima and Nagasaki, as well as sharing important tales about the experiences of Japanese-Americans. His films reveal his passion for human rights (bomb victims, victims of oppression, minority rights, drug addicts, people infected with HIV), Asian cultures (Japan, Hawaii, Cambodia), and the diversity of American culture.

Okazaki’s first Oscar nomination was for his feature film length documentary Unfinished Business (1985) which tells the stories of three men and how they were affected by the internment of Japanese citizens in the United States during the second world war. The subjects are three men who actively tried to fight their detention: lawyer Minoru ‘Min’ Yasui (1916-1986), sociologist and Quaker Gordon Kiyoshi Hirabayashi (b. 1918), and welder Toyosaburo Fred Korematsu (1919-2005).
Japanese internment camps in America were also the theme of the documentary that won Okazaki his Oscar for Best Documentary Short Subject in 1990. Days of Waiting: The Life & Art of Estelle Ishigo tells the story of the Causian wife of a Japanese man sent to the Heart Mountain War Relocation Center for detainment. Estelle Peck Ishigo insisted on accompanying her husband to the internment camp and she documented her experience through her paintings and illustrations. Okazaki based his film on her art and her memoir Lone Heart Mountain. The film, narrated poignantly by Ishigo herself, uses documentary footage and her art work to tell the story.

In 1982, Okazaki produced a short documentary about Hiroshima and Nagasaki hibakusha (atomic bomb survivors) called simply Survivors. This film was significant as being the first English language documentary of its kind to feature interviews with actual survivors themselves. Two decades later, as the 60th anniversary of the bombings approached, Okazaki became concerned that the attacks were being forgotten so he made a follow-up The Mushroom Club (2005). This won him his third Oscar nomination. In this film, Okazaki returns to Hiroshima to interact with hibakusha and to document their heartrending tales. One particularly touching interview is with Keiji Nakazawa (中沢 啓治, b.1939), the author of Barefoot Gen, about his lucky escape from death at the age of 6 in the blast that killed his father, brother and sister. 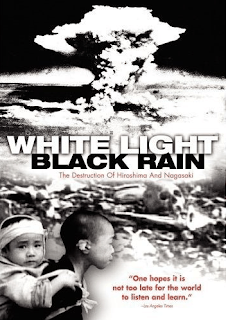 In recent years, Okazaki received an Emmy for White Light/Black Rain: The Destruction of Hiroshima and Nagasaki (2007), an HBO special in which he interviewed 14 Japanese survivors and 4 American personnel related to the atomic bombings. His short documentary The Conscience of Nhem En (2008) was nominated for an Oscar last year. It is thematically similar to Okazawa’s other films, but this time he travels elsewhere in Asia to tell the stories of three survivors of the notorious Tuol Sleng Prison where thousands of Cambodians were imprisoned and killed in the 1970s.
For more information about Steve Ozamaki, check out his website at Farallon Films. There are samples and summaries of all of his films from his feature Living on Tokyo Time (1987) to his examination of how racism affects the lives of Asian American men in American Sons (1994). Really compelling stuff. Films may be ordered on DVD directly from the website.
Posted by Cathy Munroe Hotes at 1:12 am