I take longer than the average person to warm to CG animation. My favourite animations are those that are entirely made by hand, or involve some kind of an avant-garde process. This is not to say that I am against the use of computers in animation – they have become an indispensable tool in the editing process of even traditionally made cel animation. It is only when the use of computer technology overshadows aesthetics, character development, and story that it really leaves me feeling cold. Films entirely conceived on a computer often seem to be devoid of emotional content.

For these reasons, it has taken me a long time to appreciate the work of Uruma Delvi (うるまでるび), a husband and wife animation team who specialize in Flash animation. Their brightly coloured contribution to Winter Days was startlingly prosaic in contrast to the more poetic offerings of Jacques Drouin, Raoul Servais, Noriko Morita, Yuri Norstein, and others. Uruma Delvi's bug-eyed, bobble-headed characters, like Mr. Calpaccio, seem much more suited to comedy than to the adaptation of 17th century renku. In fact, their comedy genius has shined through in the delightful Capsule Samurai series, not to mention their big hit of 2007: Oshiri Kajiri Mushi (The Bottom-Biting Bug).

This year, Uruma Delvi, have followed up on the success of the Bottom-Biting Bug with the creation of a more heartfelt, reflective character: Sumiko Yoshida. I find 8-year-old Sumiko quite delightful, and apparently I am not alone judging from the wide range of merchandise now available with this unusual little girl's face on it. Even the internet sensation Magibon has recently done a video in which she shows off her Sumiko shirt.

The short film Sumiko Forever demonstrates why this character has become a sensation so quickly. The film follows Sumiko through the average life of a young Japanese child. First her cat wakes her up by licking her face. Then her Mom waves her good-bye at the front door before heading off to her job in a ramen restaurant. Sumiko walks to school with a friend. At school, the humiliations of gym class are counterbalanced by the delights of cooking class and playing in the schoolyard with her friends. Throughout the day she thinks fondly of her father, the truck driver, who is away from home a lot. Her close relationship with her father is demonstrated through sentimental images of Sumiko doing things with him: outside his truck posing for a photo, fishing, pouring his beer for him at the dinner table, singing karaoke together.

The secret to Sumiko's success is that Uruma Delvi have finally created a character with whom people can relate. The song is sentimental without being too sad and references the key terms of kokoro (heart) and natsukashii (sentimental nostalgia) that have a special resonance with Japanese audiences. Sumiko is also not a typical super-kawaii character like Hello Kitty, rather she is a kind of flawed kawaii. She is cute, but she has a mole on her face and big bushy eyebrows. The girl singing the very catchy title song sounds like a real girl. She sings the song ably, but not perfectly in a manufactured Disney Mouseketeer kind of way. Many Japanese place much more value on a song sung imperfectly with heart than on a song sung perfectly by a perfectly perfect looking individual. For example, Sumiko reminds me of the reasons why Kyu Sakamoto became such a sensation in the 1960s: he sang with heart, he had a 100-watt smile and a generous spirit, he came from a regular hard-working family everyone could relate to, and his spotty face and occasionally flat notes reminded that he was a flawed individual just like the rest of us. 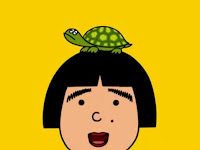 The graphic design of Sumiko Forever is clearly influenced by the graphic design of Dick Bruna, whose character Miffy has had huge success in Japan. I particularly enjoy the little personalised touches in Sumiko Forever, like the good-luck charm swinging from the mirror in the cab of Sumiko’s father’s truck and the laundry hanging on the balconies of neighbouring houses. There is also something quite sweet about the song of a young girl learning to define herself as a person and herself in relation to her family and community. Uruma Delvi has also left some mystery about the character, as it opens up more questions about her life than it answers. I’ll be reviewing the second Sumiko film, Anata no Taido ga Ki ni iranai (I don’t like your attitude/あなたの態度が気入らない) next and I hope they continue the series.