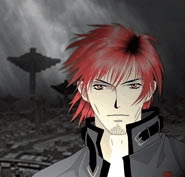 While I was in Frankfurt for Nippon Connection, I took some time out from the screenings to see the Neo Tokyo3 exhibit at the Deutsches Architekturmuseum. It is right next door to the Deutsches Filmmuseum, where I saw their corresponding exhibit Anime! High Art – Pop Culture last month.

On the main floor, the Architecture Museum features some amazing photographs of German theatres that were taken before the second World War. They also have a remarkable exhibit of models that recreate towns and villages from a wide range of historical eras, from London’s Crystal Palace as it looked in 1851 to the Forum in Pompeii. Although the museum may look very posh from the outside, it is actually a very inviting place with Lego play stations for kids to build their own architectural marvels while their parents take their time examining the art on display.

One must climb all the way to the top floor (the elevator was a bit hidden) for the Neo Tokyo3: Architeture in Manga and Anime exhibition which runs until June 8th of this year. The exhibition gets its name from the futuristic cities in the Akira (1982) manga and the Neon Genesis Evangelion (1995) anime. Neo Tokyo + Tokyo3 = Neo Tokyo3. Apparently Akira was the first manga series published in full in Germany. The curators claimed that the urban structures in manga evoke a certain kind of mood in the reader which affects both the protagonists of the manga and the framework of the storyline.

One section of the exhibit featured sculptures, drawings and photographs from a wide range of international artists including Kenzo Tange, Kishi Kurokawa, Ron Herron, Ettore Sottsass, Raimund Abraham, Walter Jonas, and Peter Cook. This section of the exhibition outlined the Metabolist movement, which was established at the World Design Conference in Tokyo in 1960. The Metabolists, a group of architects, theorists, and designers, were reacting against modernism and the architecture of the 1950s and they were proponents of an architecture style that became known as Megastructures. The main argument of the exhibit seemed to be about the influence of the Metabolist movement on architecture in manga and anime. Some of the designs featured had been directly recreated in manga, while others provided inspiration for manga architecture.

Something that I learned from the exhibit was that manga publishers hire trained architectural draughtsmen and engineers to assist with the development of futuristic cityscapes in manga. There were a few examples of sketches done by architects during the planning stages of manga that were remarkable for their attention to detail. In the draughtsman section of the exhibit, the museum had made available a wide range of manga and related books for visitors to browse including Clamp X, Akira, Evangelion, and a wonderful Japanese-language art book about the making of Rintaro’s Metropolis that I really must get a hold of. I actually had thought that the exhibit would feature more about the influence of Fritz Lang’s Metropolis on anime and manga, as it would have been an obvious point of contact between German and Japanese culture, but the focus was more on the international impact of Japanese architectural designs.

Accompanying the exhibition was a booklet containing an essay by two German academics and the curator (all architecture specialists) in German and English that covers all the theoretical ground of the exhibition. It includes black and white images of some of the art on display. It is a limited edition publication and unfortunately not available to buy on amazon.de. Try contacting the museum directly.