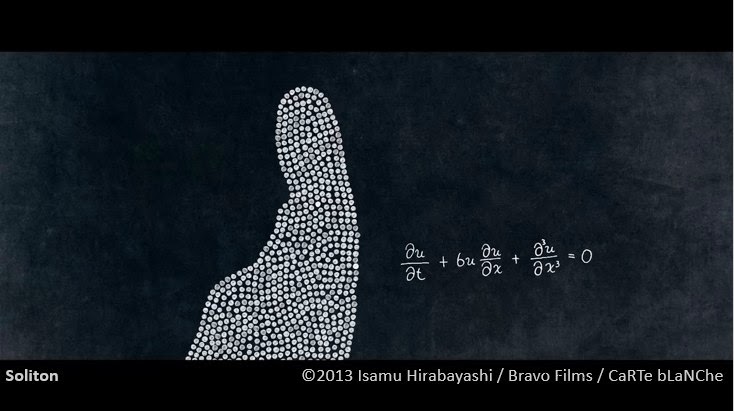 Isamu Hirabayashi (平林勇, b. 1972), is one of Japan's top experimental filmmakers.  Upon graduation from Musashino Art University, he started out as a graphic designer for a advertising agency, but then went freelance as a director of commercials.  His non-commercial, independent works are what he is most famous for; however, and his short experimental and animated shorts have shown and won prizes at prestigious festivals around the world from the Berlinale to Japan's Image Forum Festival.  His older works can be viewed on his official YouTube channel (see playlist below).
Read my reviews of 633144 (2011) and Soliton (2013).
Hirabayashi's offical website: http://www.hirabayashiisamu.com/