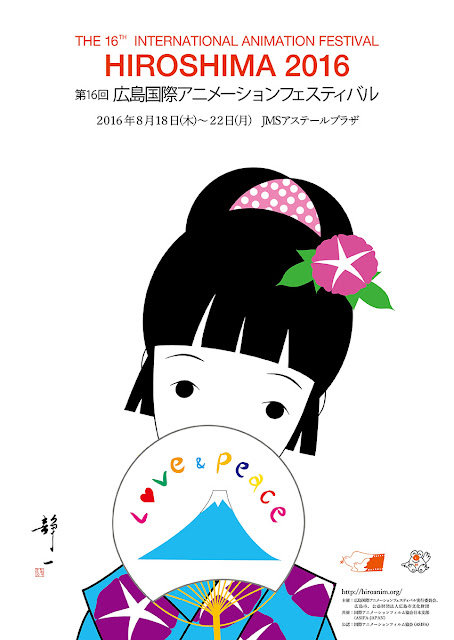 The 16th International Animation Festival Hiroshima 2016 came to a close last night.  The talk of the 15th festival in 2014 was the fact that for the first time in the festival’s history, no Japanese animation had made the official competition.  That was not the case this year.  Six Japanese animators and a Spanish-Japanese co-production were in the official competition and thee Japanese animators walked away with awards in hand.  In addition, Japan was the festival’s country of focus for this year.  This means that over the five days of the festival a total of 27 special programmes dedicated to Japanese animation past and present were screened.  This blog post gives an overview of the winners of this year’s festival.  It will be followed by day-by-day summaries of the Japanese programmes.

The Grand Prize went to Korean animator Dahee Jeong for her work The Empty (空き部屋, 2016) in co-production with the excellent French company Sacrebleu Productions.  It is a stirring depiction of a man coming to terms with the end of a relationship, in an empty room haunted by the memories of the furniture and life that used to occupy this space.  The Hiroshima Prize was won by Russian animator Anna Budanova for her animated short Among the Black Waves (アモング ザ ブラック ウェーヴズ, 2016), a painterly, poetic piece inspired by the northern European mythology of the selkie – people who are half seal / half human.  The Debut Prize went to Gabriel Harel of France for his work Yùl and the Snake (ユル アンド ザ スネーク, 2015). 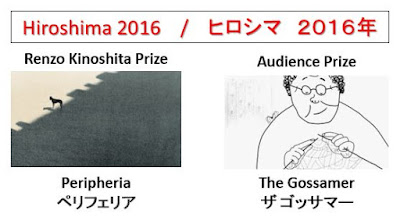 The Renzō Kinoshita Prize is awarded in memory of the co-founder of the Hiroshima festival and since 1998 has been given to films that represent the best in independent animation.  This year’s winner was David Coquared Dassault of France for his work Peripheria (ペリフェリア, 2015).  The jury called this depiction of an urban landscape being reclaimed by natural forces “the brilliant work of a very promising animator.” (source)   Natalia Chernysheva of Russia won the The Audience Award for her film The Gossamer (ザ ゴッサマー, 2014). 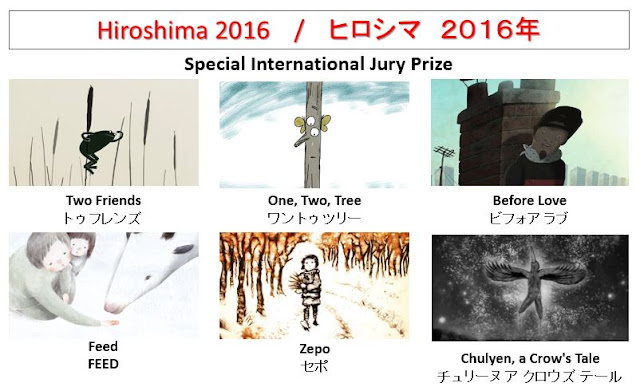 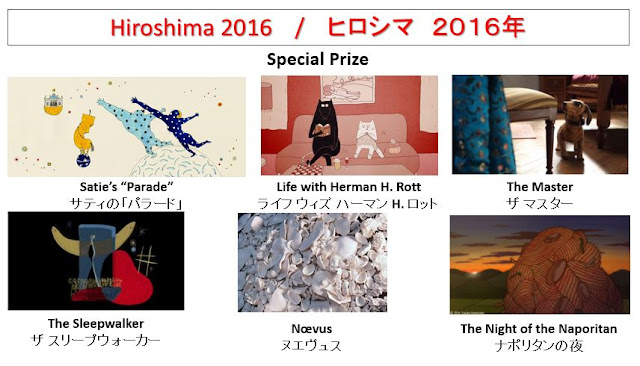 Six films made by Japanese animators and one Swedish-Japanese co-production were in the official competition.  They included: 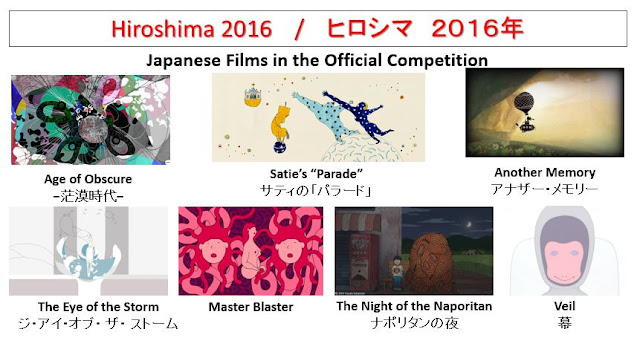 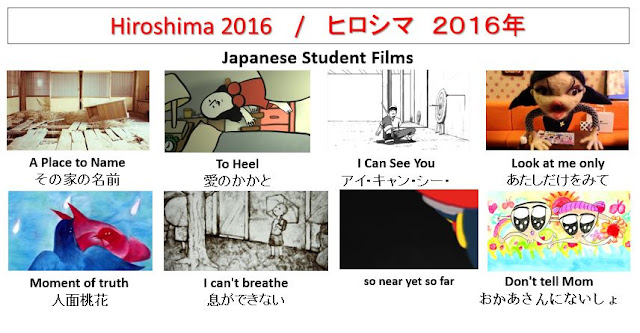 The Stars of Students (学生優秀作品集) programme featured works from eight up-and-coming animators studying at Japanese colleges.  From Tokyo University of the Arts (Geidai): A Place to Name (その家の名前, 2015) by Ataru Sakagami (坂上 直) and To Heel (愛のかかと, 2016) by Madoka (円香).  From Tokyo Zokei University: I Can See You (アイ・キャン・シー・ユー, 2016) by Jie Gu (コケツ).  From Musashino Art University: Look at Me Only (あたしだけをみて, 2016) by Tomoki Misato (見里 朝希) and from Tama Art University (Tamabi): Moment of Truth (人面桃花, 2016), Seal Chen (陳希), I Can’t Breathe (息ができない, 2015) by Sayaka Kihata (木畠 彩矢香), so near yet so far (2016) by Komitsu Fujihata (藤幡小光) and Don't tell Mom (おかあさんにないしょ) by Sawako Kabuki (冠 木 佐和子).  Eri Okazaki, who won a Special International Jury Prize (see above) is also a Tamabi grad.

As a final note, the puppet animator Fumiko Magari (眞賀里文子) screened two of her films as part of the screening of works by members of the selection committee.  Magari got her start in animation working for the stop motion pioneer Tadahito Mochinaga and went on to work for legendary puppet animator Tadanari Okamoto.  She currently teaches at the Laputa Art Animation School.  The Tale of Japanese Envoys to Tang Dynasty China (遣唐使ものがたり, 1999) is a stop motion animation she made for Nagasaki Prefecture and The Great Adventure of Miss Veedol ( ミスビードル 号 の 大冒険, 2013) was made for Aomori Prefecture.  The later film is based on the story of the first non-stop trans-Pacific flight, which took off from Sabishiro Beach in Aomori in 1931 and landed in Wenatchee, Washington.

Next: Hiroshima 2016 Focus on Japanese Animation: Day 1
Posted by Tanuki Press at 11:41 pm