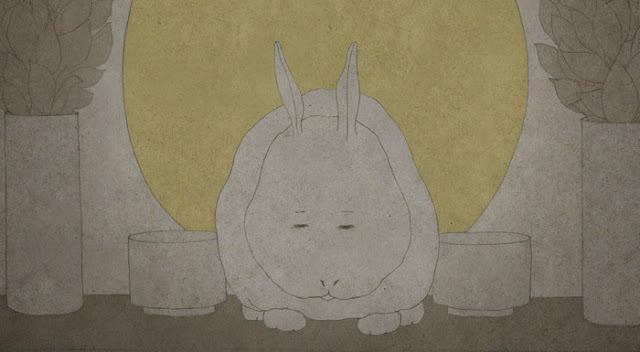 The year of the dragon got off to a blazing start with the experimental filmmaker Isamu Hirabayashi winning the Noburo Ofuji Award for innovation in animation in January for his contemplative film 663114 (2011) which was inspired by the earthquake/tsunami/nuclear disaster of March 2011.  Then in February, Atsushi Wada’s French-Japanese co-production The Great Rabbit (2012) won a Silver Bear at the Berlinale.  Wada’s Mechanism of Spring (2010) also won for best short film at Anifest 2012 .  It was a great pleasure for me to have Wada as a guest at Nippon Connection in Frankfurt in the spring.  Other notable successes in 2012 (too many to list in full here!) included Mirai Mizue’s Modern No. 2 (2011) winning the Sacem award for original music at Annecy and Yoriko Mizushiri’s Futon (2012) winning the Renzō Kinoshita Prize at Hiroshima.

There were also a number of notable international animation events involving Japanese animators this year.  I had the privilege of attending the tribute to Kihachirō Kawamoto and Yuri Norstein at the Forum des Images in Paris in March.  A number of  top Japanese animators took part in Animafest Zagreb’s celebration of its 40th anniversary this year which included a retrospective of the career of experimental animation pioneer Yōji Kuri who was honoured with the Animafest Lifetime Achievement Award.  Kōji Yamamura designed the poster for the Ottawa International Animation Festival and gave master classes in the UK and France in November (see Zewebanim’s interview with him – FR/JP only).

Things have been quieter than usual on Nishikata Film Review the past few months due to my teaching commitments and some upheavals in my personal life (I don’t recommend moving house a month before Christmas!), but the weird and wonderful world of independent animation in Japan has been stronger than ever.  Here is my list of the best independently made animation shorts that I have seen this year: 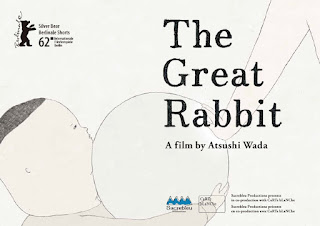 In addition to the Silver Bear, this film has brought Wada recognition at festivals around the world from Fantoche to Hiroshima.  Read review. 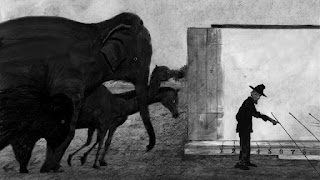 Yamamura’s Deleuzian exploration of movement and time hit the festival scene in 2011 and I finally got an opportunity to see it when it came to Nippon Connection.  Now available on DVD and bluray in Canada as part of the NFB’s Animation Express 2 and on a bluray of its own in Japan.  Read review.  Additionally in 2011, Yamamura made a watercolour animation Anthology with Cranes (鶴下絵和歌巻) which aired on NHK BSPremium.  Take a look at this beautiful image from it.

The ever prolific Mizue has set himself a big challenge this year: a new short animated film every day for 365 days.  Check it out on Vimeo.  His film Modern No. 2 (Mirai Mizue, 2011) is also one of my favourites seen this year.  Read the review.  If that weren't enough, he also did a fascinating series called Kubrick in February where he explores geometric animation further.  See the playlist. 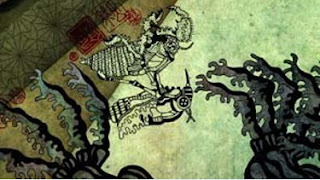 A profound response to the nuclear disaster of March 2011 from the perspective of a cicada. .  .  read more.

In the wake of the March 2011 earthquake/tsunami/nuclear disaster, TOCHKA started to rethink their methods of animation in terms of renewable energy.  As a result, they adapted their PiKA PiKA lightening animation (see my review of their DVD) from using battery-powered flashlights to harnessing the power of the sun.  See the trailer for their project above.

This adorable animation was sponsored by WWF Japan as part of their campaign to move Japan away from nuclear energy and towards the use of renewable energy.  Kubo first made a name for herself with her 2006 animated short with Seita Inoue called Bloomed Words. 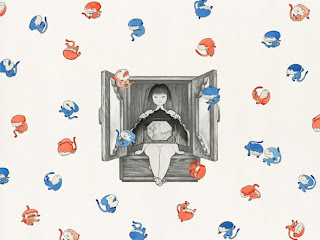 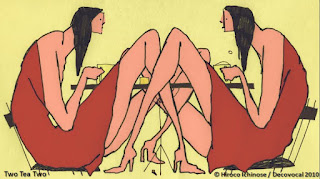 One half of the husband and wife animation team Decovocal, Ichinose's films are a wonderful blend of surrealism and humour in the tradition of her mentor Taku Furukawa --- read more about this film. 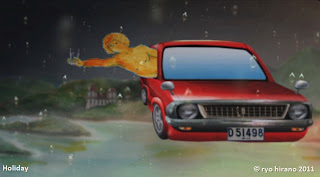 One of my great discoveries this year was the work of young animator Hirano who has been making films for several years now.  Learn about him in my piece The Curious Animated World of Ryo Hirano and my review of Holiday.

Shiroki brings her melancholic aesthetic to a recently released music video for the band Matsyoshka featuring trak maker Sen and female vocalist Calu. To learn more about Shiroki see my series on her films.

In a minimalistic style, Mizushiri captures the sensuality of a woman's relationship with her futon.  Mizushiri is starting to come into her own as an artist - as recognized by the jury at Hiroshima who awarded her  the Renzo Kinoshita Prize.

A nightmarish tale of a young woman's suffering and abuse brought to life.  A modern interpretation of Hans Christian Anderson's "The Little Match Girl".  A bloody world filled with senseless violence - not for the faint of heart. 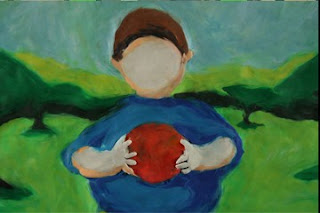 Hirayama experiments with three dimensionality and claymation in this colourful short.  (A cheerful antidote to a screening of Hashimoto's Beluga.)   Read more.

I am very excited about promising animation that I expect to see released in 2013.  Kei Oyama’s After School got crowd-sourced through CampFire in January and I know of a few other exciting projects underway at the moment.  In the world of indie anime, I was delighted that Masaaki Yuasa and Production I.P.’s Kick-Heart exceeded its funding goals.  Anime director Keiichi Hara, who has also turned to more independent work in recent years (Summer Days with Coo, Colorful), is trying out a new path altogether by directing his first live action feature film for Shochiku.  It is a biopic called Hajimari no Michi (はじまりのみち) about the life of filmmaking legend Keisuke Kinoshita (1912-98) with Ryō Kase (Letters from Iwo Jima, Like Someone in Love, Outrage) in the lead role.  Kon Ichikawa began as an animator (see: Shinsetsu Kachi Kachi Yama) and turned into one of the greatest feature film directors of the 20th century, so it will interesting to see what kind of a film Hara produces.