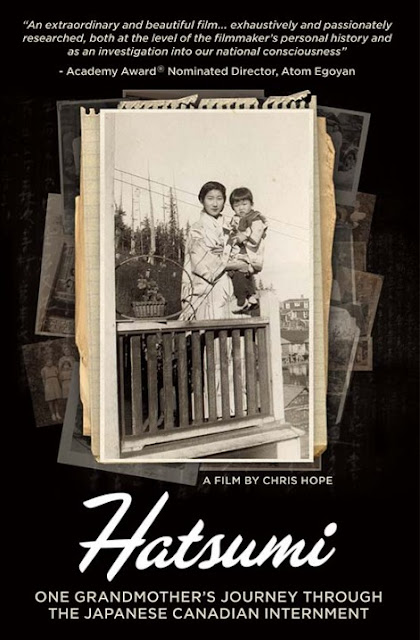 Hatsumi: One Grandmother’s Journey Through the Japanese Canadian Internment (2012)

Tonight sees the launch of the DVD of Chris Hope’s moving documentary Hatsumi: One Grandmother’s Journey Through the Japanese Canadian Internment (2012) at the Japanese Canadian Cultural Centre (JCCC) in Toronto.  Since the official Japanese Canadian Redress in 1988 many Nikkei have come forward to tell their stories of forced relocation.  In recent years, at the prompting of their children and grandchildren, many more stories have come to light that add to our understanding of this dark chapter in British Columbia’s history.

Many of the adults who experienced the forced internment have been reluctant to speak of their experiences.  In his animated documentary Minoru: Story of Exile; for example, Michael Fukushima speaks of “those silences” which are such “a large part of [his] identity.”  In Hatsumi, Chris Hope attributes those silences to the notion of shikata ga nai (仕方がない).  This expression literally means “it cannot be helped” and is generally used to describe circumstances that our beyond one’s control.  In North America, the idiom has often been used to explain how the Japanese were able to maintain their dignity in the face of the unavoidable circumstances they found themselves in after the bombing of Pearl Harbor.

Chris Hope describes how he often tried over the years to get his Nisei “Nana”, Nancy Hatsumi Okura, to tell him about her wartime experiences but that she was unwilling to share the whole painful story.  On the occasion of her eightieth birthday, after her stroke and recovery, Hope decides that the time has come to try to one last time to preserve Nancy Hatsumi's story for posterity.  Okura’s decision to tell her story reveals a wealth of information about herself and her immediate family that had previously remained in photo albums, diaries, and written correspondence. 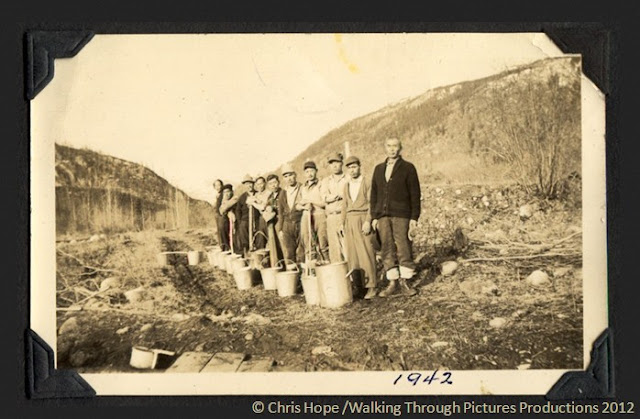 Told in a straight-forward, first person documentary style, what makes Hope’s film stand out from previous films about the internment experience is his family’s remarkable archive.  His late Issei grandfather, Kenji "Ken" Okura, was an avid photographer and documented his family and his community in remarkable photographs and home videos both before and after the war.  He even managed to smuggle his camera into internment with him and documented his experiences as a forced labourer in Jasper.

A young, well-to-do Vancouver couple with an infant daughter, both Ken and Nancy Hatsumi kept detailed journals of their experiences from the moment they sold off their dry cleaning business to move to Telegraph Cove on Vancouver Island at the beginning of the war.  Hope first tries to get his grandmother to tell her story by having her read parts of her journal out loud but she finds it too painful.  He changes tack and offers to take her to British Columbia to retrace her wartime journey.

In the 1940s, Telegraph Cove was a quiet fishing village but today is a centre for ecotourism.  The wooden home that Ken Okura built still stands in the village and can be rented by tourists (see: Okura House).  As Nancy Hatsumi tours the house for the first time in over sixty years, the memories come flooding back as if it was yesterday.  An historical plaque dedicated to the Okuras marks the house and she is even able to meet with former neighbours who still live in the cove.  The passage of time has done nothing to dampen the feelings of both parties of the injustice done to the Okuras when they were given only three hours notice to throw together the possessions that they could carry before being shipped off to internment camps. 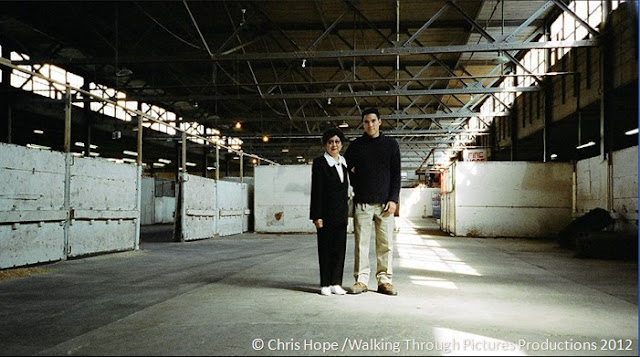 Hope and his grandmother also visit the unwelcoming livestock building that was used to house the women and children after they were separated from their husbands.  The building looks remarkably unchanged and brings home the inhumanity of how these Canadian citizens were treated by their own government.  Through historical documents such as NFB propaganda films and archival photographs, Hope demonstrates how a terrible combination of fear, ignorance, racism, and greed brought about this shameful injustice.

The most moving moment in the film comes when Chris Hope discovers that his grandmother’s brother, whom she always spoke of in the past tense, is still alive and living in Japan.  At the end of the war, the Japanese were still forbidden from returning to the Pacific Coast and were given two options: to move elsewhere in Canada or to return to Japan.  Nancy Hatsumi’s parents and siblings chose to return to Japan.  Eventually her parents and sisters returned to Canada, but her brother Tadao Hashimoto stayed on in the small city of Gobō in Wakayama Prefecture.

Hashimoto suffered the most out of all of his family.  Born with childhood glaucoma, the forced internment meant that the family lost the means to pay for his medical treatment and he ended up going blind.  The blind have a special status in Japan – it has the largest Braille library in the world – and since the Tokugawa period blind people have traditionally been trained as anma masseurs.    Hashimoto received an education in Japan and had a successful career as a shiatsu masseur.

Like his sister, Hashimoto proves reluctant to dwell on the past.  The subtle cultural differences between Canada and Japan raise their head in this sequence with confusion over what to say when entering the house and Hope’s inability to sit Japanese style.  Hope speaks only a few words of Japanese and Hashimoto has lost most of his English, so Nancy Hatsumi acts as the interpreter. In another example of shikata ga nai, Hashimoto is ambivalent towards the internment.  Although he has every right to be angry and bitter, Hashimoto seems content with how his life turned out.  Upon leaving, Nancy Hatsumi displays her “Canadianness” when they leave by embracing and kissing her brother and sister-in-law.   This moving reunion between a brother and sister after more than half a century brings home the terrible wrong done to them by the wartime government.

With Hatsumi, Chris Hope has created an invaluable record of his grandmother and her family.  She is their last living link to traditional Japanese culture as Japanese Canadians rarely marry other Japanese (see: One Big Hapa Family).  At the same time, the film is an important contribution to the education of current and future generations of Canadians.  Not only does the film teach us about the past, Hope points out that Nancy Hatsumi’s courage in difficult times demonstrates that “the past should never limit a positive outlook for the future.”

Hatsumi is currently available to order via Amazon Canada.