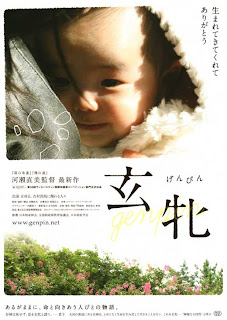 A self aware menstruating woman feels an elemental affinity with the natural world as her mood rises and falls with the cycles of the moon. This feeling grows even stronger during pregnancy when a woman feels at the height of her powers. During pregnancy a woman goes through a complex range of emotions from exhilarated delight to deep-rooted fear. The top pregnancy fear is that of the unknown: a woman asks herself if she will be able to endure the labour process and if her child will be born safe and healthy.

Unfortunately for many women, modern medicine actually increases rather than allays such fears. Despite all our advances in medicine over the centuries, modern medicine has actually distanced women from enjoying a natural childbirth. Things are not as extreme as they were when Adrienne Rich wrote about her personal experiences in Of Woman Born: Motherhood as Experience and Institution

(1976) – women are not gassed during childbirth anymore and babies are not carted off to sleep in separate rooms – but there are many practitioners of modern medicine who continue treat pregnancy and childbirth like an illness rather than a natural process.

I have a rather unique perspective on Naomi Kawase’s documentary Genpin (玄牝, 2010) having experienced two very different approaches to pregnancy and childbirth. My son was born in an NHS hospital in South West England, and my daughter was born in the Red Cross Medical Centre in Hiroo, Tokyo. Although in both cases, midwives were on hand for the births, in England I felt that my hospital midwife’s advice during labour was overridden by the high-handed opinions of the hospital doctors whose insistence on speeding up the labour ended up making my first childbirth experience more traumatic than it should have been. In Japan, I was not only supported but encouraged by my doctor to have a natural birth and there were only midwives present in the delivery room. This was a deliberate choice on my part, as the first maternity hospital we had visited was a fancy, white-walled, machine filled place with English speaking nurses. I was repulsed by how impersonal it was so we instead sought out a clinic where regular working and middle class Tokyoites give birth.

Yet even the Red Cross Medical Centre with its friendly midwives is too clinical for some. In recent years, many urban mothers in Japan have been seeking out more traditional childbirth methods. Genpin tells the story of the Yoshimura Clinic in the city of Okazaki, Aichi Prefecture through the perspectives of Dr. Tadashi Yoshimura himself, his staff, and the women who use his clinic. Expectant mothers from across Japan come to this clinic in order to experience a natural childbirth. Many of them are pregnant for the second time and bring with them tales of disappointment from their first experience of childbirth due to medical intervention such as induced labour. Dr. Yoshimura offers these women a place to commune with other expectant mothers and a traditional childbirth experience.

Dr. Yoshimura’s approach is based on Japanese traditional childbirth practices. Rather than prescribing rest, as many Japanese doctors do, Dr. Yoshimura encourages his patients to make their bodies prepared for birth through manual labour. Rural women in Japan traditionally continued to work in the home and in the rice fields right up into the final month of pregnancy. Dr. Yoshimura prescribes a regime of gardening, cleaning walls, and chopping wood - the latter two activities basically involves the expectant mothers doing hundreds of deep squats per day.  The idea is that by making their bodies physically fit, the women will be prepared for a safe, natural childbirth.

The doctor is not so extreme in his belief of natural childbirth as to eschew modern medicine altogether. He still offers women reassuring glimpses of the growing child in their belly through regular ultrasounds. Yet on the day of the birth, the woman does not give birth in a cold medical facility but at home on the tatami floor, surrounded by her family including older siblings of the baby.

The naturalness of the setting is reinforced by the ease of the relationship between Naomi Kawase’s documentary camera and the pregnant women. The intimacy of her interviews with the women suggests that she has built up a relationship of trust and understanding with them and the doctor. Indeed, according to an interview with Kawase, her interest in making this documentary stemmed from her own experience of the natural birth of her son. On her first visit, she and her film crew went to meet the doctor without any cameras or equipment in order to become comfortable with each other before the filming started. (source)

The women unabashedly share remarkably intimate information with her. From the details of their personal lives to allowing the film crew to record them giving birth. One woman, for example, is in the later stages of her pregnancy and struggling with the fact that her husband appears to have abandoned her. She shares these details with Kawase, but admits that she has not yet told any of the staff or other patients at the clinic because the situation is so mortifying. She even allows Kawase’s camera to follow her home as she struggles to move her heavily pregnant body, with her daughter on her back, up the hill to her home. The most awkward moments in the film come when the straying husband turns up again for the birth and is confronted with the documentary camera.

Adding to the sense of intimacy are the warm colours of the film. Kawase has achieved a soft look for the film through her use of 16mm film. This also meant that the camera could not be on all the time. A 16mm reel is only 10 minutes long and so Kawase had to judicially choose when to have the camera on. One thing that struck me about the film was the beautiful faces of the women during their pregnancy and immediately after birth. Their faces, devoid of make-up, open to the world, quietly determined to make their experience of child birth both positive and natural.

Genpin is the most beautiful documentary I have ever seen about child birth.  It is also the most informative for the way in which it records the varied experiences, hopes, and fears of the women.  Although the birthing methods might not appeal to all women, I would encourage pregnant women to watch the film for an alternative perspective on pregnancy and child birth.

Follow Nishiakta Eiga on Facebook to find out when this film becomes available on DVD.
Other recommended works by Naomi Kawase on DVD: