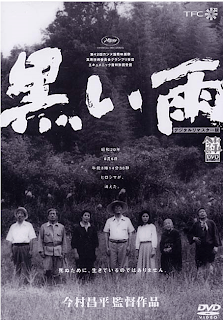 Following on Nippon Cinema's and Wildgrounds' contributions to the Japanese Cinema Blogathon (June 15th – 21st), I thought I’d also make a list of some of my favourite directors. I say ‘some’ because I like a wide range of directors and making lists is not so easy for me. This list will comprise non-animators and I will do a list of my favourite animators in a separate entry.

So here it goes, in the order in which they popped into my head: 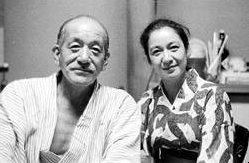 I love Ozu’s films for the delicate way in which he teases out the complexities of relationships within families and communities. I sigh whenever I here someone call him “the most Japanese of all Japanese directors” or old-fashioned because I think that his themes are universal and can be understood across cultures and generations. He is one of a very few directors where one could capture a still of any shot in any of his film and immediately identify it as an Ozu film by the framing and set design.

Oshima’s films can be very challenging to watch because the situations are often disturbing or upsetting. I admire Oshima for his uncompromising efforts to confront his audiences with difficult truths about the society in which they live. My favourite Oshima film is Merry Christmas, Mr. Lawrence for the way that it reveals the parallels between two colonialist empires (Britain and Japan) underneath the superficial differences that most people see.

The emotional depth and visual beauty of Imamura’s films never ceases to amaze me. The most powerful film of his that I have seen is Black Rain (黒い雨, 1989) about the bombing of Hiroshima. 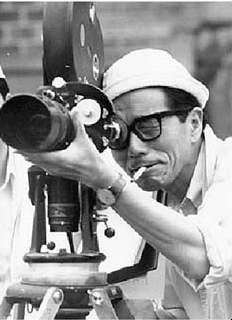 While many may find his films depressing or bleak, it is truly remarkable what a wide variety of films Ichikawa made during his long career. Tokyo Olympiad ranks in my books as the best sports documentary of all time. I have a double reason for liking this film as my Aunt Marian has a brief cameo in the film. During a sequence about heartbreak at the Olympics, she can be seen being carried off the track in a stretcher after taking her infamous tumble during the hurdles. When I asked her about it, she said that her strongest memory of the Tokyo Olympics was of the kind generosity of the Japanese, who felt so bad for the Canadian girl who knocked herself unconscious when she tripped on the hurdles that they filled her hospital room with gifts.

Who doesn’t like Kurosawa? It goes without saying that the man was a genius. My favourite Kurosawa film is Ikiru (生きる, 1952).

And of the young generation filmmakers, my faves are: 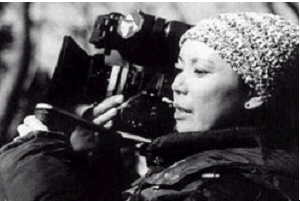 Her beautiful, contemplative films are a sheer pleasure to watch. I wish that I lived closer to Cannes so that I could see her films the moment they debut in Europe.

Nobuhiro Yamashita (山下敦弘, b. 1976)
There are very few directors that make excellent films about the lives of children and teenagers without falling into the traps of making the kids stereotypes, superficial or too grown up. Abbas Kiarostami is one such director, and Yamashita is another. Linda Linda Linda (2005) and A Gentle Breeze in the Village (2007) are two of the most delightful films about young people that I have seen in the past five year.

I think I like Mitani’s films because I also love old Hollywood films, and like a Hollywood film from the golden age, Mitani’s films are invariably big production numbers, like Welcome Back, Mr. McDonald (1997) and The Uchōten Hotel (2006). His films are often choreographed (both cast and camera) like a Busby Berkley movie and full of laughs. 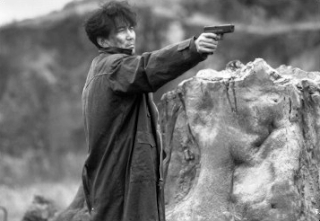 I am not normally a fan of the J-horror genre (or any horror genre for that matter), but I find Kurosawa’s films riveting. The reasons for this are not just his masterful cinematographic techniques, but also his repeated use of the actor Kōji Yakusho (橋本広司), on whom I have admittedly had a wee crush since I saw first him in Shall we Dance? back in 1996.

Posted by Cathy Munroe Hotes at 5:41 am