Japanese women behind the scenes 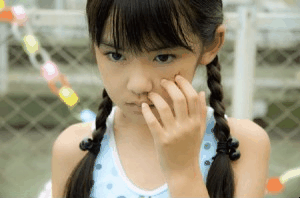 At Nippon Connection in April a podium discussion was held about the current status of women in Japanese cinema. The reason for this was the sudden jump in numbers of films being presented at the festival with women at the helm as directors. Guests at the festival included Yuki Tanada with her film Ain’t No Tomorrows (俺たちに明日はないッス, 2008), animator Naomi Nagata (Animation Soup), Musabi students Ayako Shinohara (Baby Complex) and Mariko Tanji (Drown Breath) as well as producers Kanako Yoneyama, Hiroko Namba and Yukie Kito. Screenings were also held for three films from Momo Matsuri (Peach Film Festival): emerger (Aki Sato, 2008), Bunny in Hovel (月夜のバニー, Mayumi Yabe, 2009), and Csikospos (クシコスポスト, Yumiko Beppu, 2009). (The Peaches films will be screening in Toronto in August)
The podium discussion was moderated by Dr. Roland Domenig of the University of Vienna. Yukie Kito was representing women producers having presented Kiyoshi Kurosawa’s Tokyo Sonata at the festival. Mayumi Yabe from Peaches represented emerging women directors. Kayoko Nakanishi represented the promotional aspect of the film industry, and Nami Asakawa gave us the perspective from the point of view of translators and subtitlers.
I was impressed by the passion all four women had for the film industry in Japan. The general message seemed to be that while big name women directors have been scarce in Japan (and I might add I most countries around the world), women have come to dominate behind the scenes. Kito and Nakanishi felt that there were more women than men working as producers and promoters in Japan. Kito’s rationale for this was the fact that women make up more than 70% of film audiences. This would also explain why so many romantic comedies and dramas are produced every year in Japan. Kito also pointed out the growing number of women cinematographers, such as Akiko Ashizawa (芦澤明子, b.1951) who has become a favourite with Kiyoshi Kurosawa working on Tokyo Sonata, Sakebi (2006) and Loft (2005). Ashikawa was interviewed for the documentary Women Behind the Camera (Alexis Krasilovsky, 2007).
Since the podium discussion, I have thought a lot about women behind the scenes, so I thought that for my final contribution to the Blogathon, I would mention a number of such women that deserve more credit for the amazing body of work they have contributed to Japanese cinema history.


The first Japanese woman to work as a director was the actress Kinuyo Tanaka (田中絹代, 1909-1977). This luminous star was a favourite of Kenji Mizoguchi (she appeared in 15 of his films!!) and appeared in over a hundred films in the course of her career. Largely due to her star status, Tanaka was given the opportunity to direct starting with Love Letter (Koibumi) in 1953. She went on to direct five more films ending with Onna bakari n yoru in 1961. Ozu, who had directed Tanaka in Equinox Flower, co-wrote her 1955 film Tsuki wa noborinu. I do hope that someone has the foresight to put her work on DVD so that it becomes more widely available outside of Cinematheque and Japan Foundation screenings. 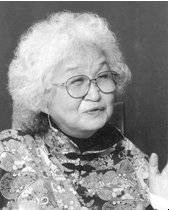 
Nogami (野上照代 b. 1927) was a colleague and friend of Akira Kurosawa for almost 50 years. She started out as script girl (continuity) on Rashomon (1950). By the end of his career, she had become a vital part of the team that he gathered around him for every film production. Since Kurosawa’s death in 1998, Nogami has played an important part in the shaping of Kurosawa’s legacy. In her memoir, Waiting on the Weather, she shares anecdotes about his working methods, his relationship within the Japanese filmmaking community, and his encounters over the years with great directors from around the world. 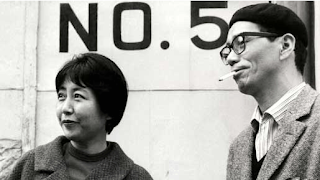 
Most fans of Japanese cinema know the films of Kon Ichikawa (市川崑, 1915-2008) but fewer people have heard of wife Natto Wada (和田 夏十born Yumiko Mogi 茂木由美子, 1920-1983). The two met while working at Toho. At the time, Wada, who had a university degree in English literature, was working as a translator. After the couple married, Wada collaborated with her husband on the screenplays for many of 34 as his films (mainly adaptations, but some original screenplays). Wada retired from screenwriting after Tokyo Olympiad (1965) but is said to have continued to act as her husband’s closest advisor. She sadly died much too young of breast cancer in 1983. 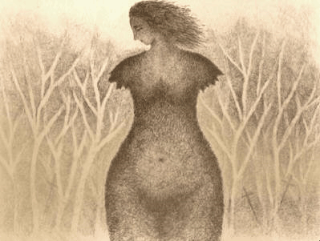 Animation has been a place where women have played important roles on animation teams, often working as inbetweeners and storyboard artists. Benjamin Ettinger, who seems to have an encyclopedic knowledge about Japanese animators, wrote a highly informative article on the Women Behind Ghibli on his blog Anipages back in 2007. The article discusses the animation of Akiko Futaki, Atsuko Tanaka, Masako Shinohara, and Megumi Kagawa.
Ettinger also wrote a great piece about Kazuko Nakamura and Reiko Okuyama, two important female pioneers in Japanese animation
Read:
Two pioneer women animators
Reiko Okuyama passes away


There have also been a number of great husband-wife partnerships in the world of Japanese animation.: 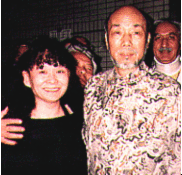 Renzō & Sayoko Kinoshita (木下蓮三+木下小夜子), made wonderful short films together for over 20 years and founded the Hiroshima International Animation Festical. Read more about them here. 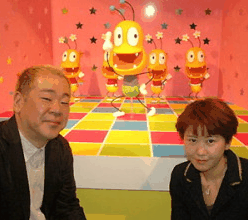 Uruma Delvi (うるまでるび) is the pseudonym of a husband and wife team who specializes in Flash animation. Their animated short, Bottom-Biting Bug, was a cult hit a couple of years ago. Read more about them here. Or check out their website here.


Shinzo & Yukie Yuki (行信三+ゆきゆきえ) have worked at Toei as art directors and background artists for years. Most recently, they worked on the background art for Cassern Sins. Read about it at anipages.

Writing this post made me think of Keiko McDonald and what a tragedy it was that she passed away last September. When she died she was working on a book about Japanese Women Filmmakers. I do hope that someone picks up the torch and finishes her book because much, much more needs to be written about the history of Japanese Women and Cinema.

I have started a wiki called Japanese Women Behind the Scenes with the aim of gathering more information in English about Japanese women directors, screenwriters, cinematographers, producers, etc.  If you would like to join this project, please click here for more information.