The Tricky Women animation festival is the first and only festival dedicated to animation by women. It began in 2001 as a biannual event in Vienna, but since 2007 it has been held annually. The best films from the event make appearances at other venues around the world and DVDs of the best films of 2007 and 2008 are available from their online shop.
Over the years, several Japanese animators have shown at Tricky Women. Most notably Maya Yonesho (read about her here & here) has been artist in residence at Tricky Women for some time and in 2005 she created the trailer for the festival.
This year, Tricky Women invited Sayoko Kinoshita, the director of the Hiroshima International Animation Festival, to put together a selection of contemporary animation by Japanese Women. Kinoshita is the widow of Renzo Kinoshita, with whom she collaborated on numerous films (read about them here) and has long been a supporter and promoter of young animators. 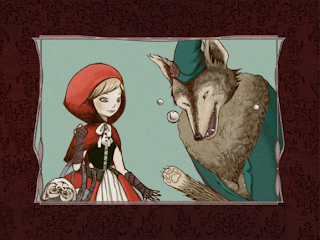 Here is the programme which will play on Saturday, March 7th at 10pm and Sunday, March 8th at 2pm. I really wish I could go, but it’s my daughter’s birthday that weekend and Vienna is too far away for a day trip. It would be great if Tricky Women released their special programmes on DVD as well as their contest winners.

Kinoshita has selected a wide range of animation artists for this programme. Pica Don, is a powerful depiction of the bombing of Hiroshima done using cel animation. Ryukyu Okoku was Renzo Kinoshita’s last film, which Sayoko Kinoshita completed after his death. Maya Yonesho’s work uses a fascinating mixture of media. Mai Tominaga is a highly innovative director who achieved critical acclaim for her feature film Wool 100% in 2006, which mixed animation with live action in very unexpected ways. Azuru Issiki is not only an animator put also a Shimai dancer of great talent. Reiko Yokosuka’s work is hauntingly beautiful and it’s a shame that her work is not yet available on DVD. Stills from her work can be found on her website. I highly recommend this event to anyone passing through Vienna the weekend after next.
Posted by Cathy Munroe Hotes at 6:02 am