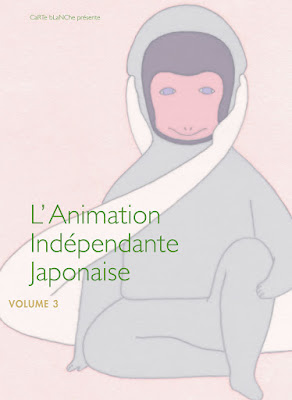 Last spring, the French-Japanese production company and distributor CaRTe bLaNChe released its third DVD in collaboration with the French art film distributor Les films du paradoxe.  The DVD is bilingual in French and English and features the following works by Japanese independent animators: 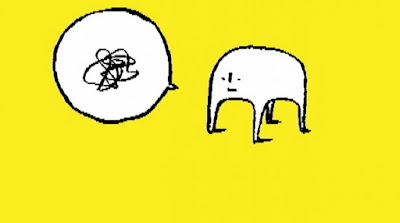 A graduate of Tama Art University, Tokyo animator Kurihara is known for this series of amusing short shorts featuring creatures called “bogeys.”  Possibly inspired in name by the English concept of the “bogeyman” (an imaginary creature used by adults to frighten children into good behaviour), the bogeys are simply amusing, shape-shifting creatures.  At approximately a minute long each, and with their minimalist design (white characters outlined in black against a yellow background) they are reminiscent of the kind of short shorts I watched on public television as a child such as the La Linea (1971-1986) shorts by Osvaldo Cavandoli (aka Cava). 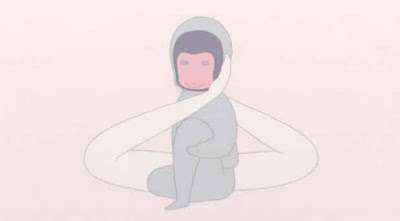 Poker from CaRTe bLaNChe on Vimeo.

This is a music video for singer-songwriter Shugo Tokumaru animated by Tama Art University graduates Mirai Mizue and Yukie Nakauchi.  Both Mizue and Nakauchi are known for their colourful animation styles that play with shapes, metamorphosis and the relationship between animation and music. 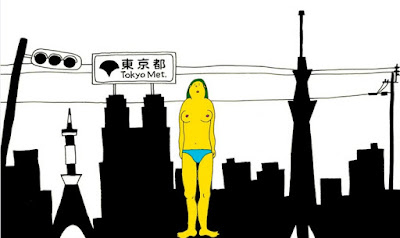 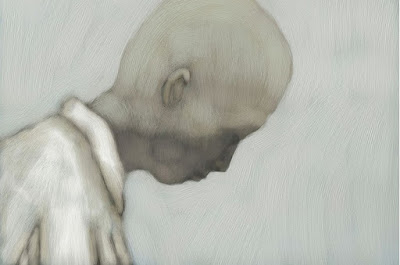 This is an early work by Kei Oyama which also featured on the Image Forum DVD Thinking and Drawing.  A melancholy, at times disturbing depiction of suffering and waiting in a hospital consultation room, Oyama is the master of using textures to evoke a visceral response on the part of the spectator.  The textures are scans of human flesh that have been layered using computer imaging software. 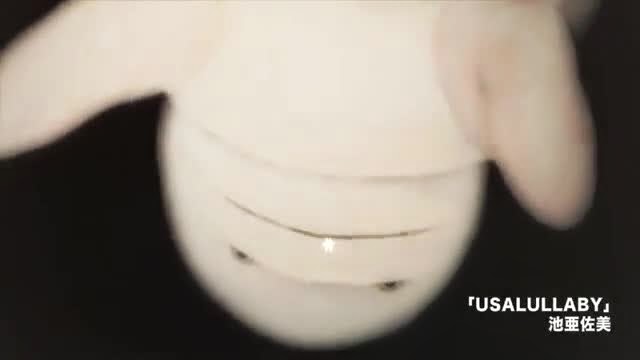 Ike is a 2014 graduate of the Geidai Graduate Animation program.  Here is her description of this dreamlike short animation: “Increasing in number, small rabbits take care of a great dolphin.  Can the dolphin get to sleep by rabbits’ gentle caress?  May many people have [a] good sleep and sweet dreams tonight even in the world with whining sounds and wriggle of yin and yang." 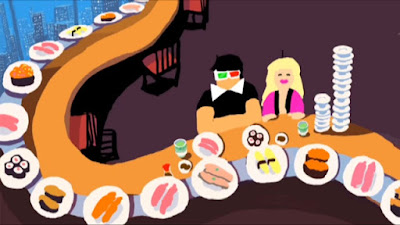 This colourful imagining of a futuristic New Tokyo was made by another Tama Art University graduate Misaki Uwabo using his pseudonym NuQ.  He himself describes the film as "nonsensical" and explains that he drew the film at a rate of 30 pictures per second using a pencil tool. 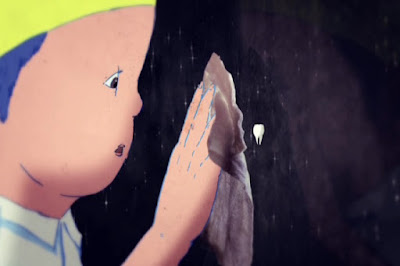 Hirano's latest animation was a festival favourite of 2014 (BFI / revue24images).  Another graduate of the Tama Art Animation programme, Hirano came to my attention in 2012 when I did a series about his work.  It is on my list of animated shorts to review this year.