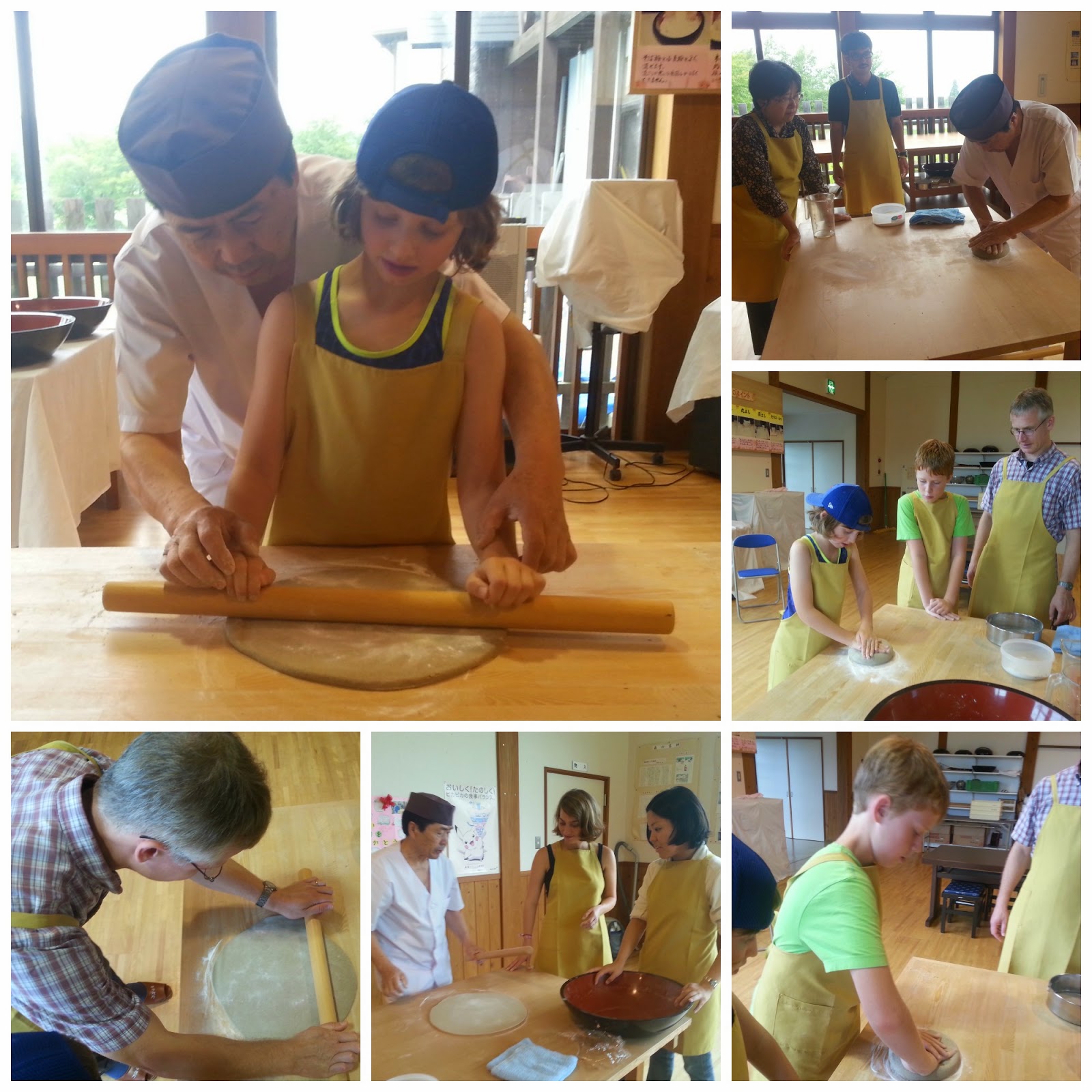 Part 11 of the series: Satoyama Concept in Fukui

The Echizen region of Fukui Prefecture is famous for its soba.  Most people think of rice as being the staple grain of the Japanese diet, but buckwheat is actually the traditional staple in many parts of Japan.  This is particularly true of regions that were not conducive to the growing of rice such as those at higher elevations and in the colder climate of the north.  The popularity of buckwheat is demonstrated in the fact that the Japanese word for buckwheat, soba, is also the common word for traditional Japanese noodles.

As part of the Satoyama Forum in Fukui Prefecture last summer, we visited Starland Sakadani to participate in a soba-making workshop.  Soba noodles consist only of buckwheat mixed with wheat flour and water.  The art is in how the dough is kneaded, rolled, folded, and sliced.

As we made the soba, behind the scenes women were cooking traditional local food to serve with the noodles.  The meal was completely vegetarian because this is a mountainous area.   Traditionally they would have they would not have had much in the way of livestock and in the days before modern transport, the location was too far from the sea for fresh fish and seafood.  Outside of Buddhist temples, it is rare to be served a vegan meal in Japan, let alone a feast such as the one we enjoyed at Starland Sakadani. 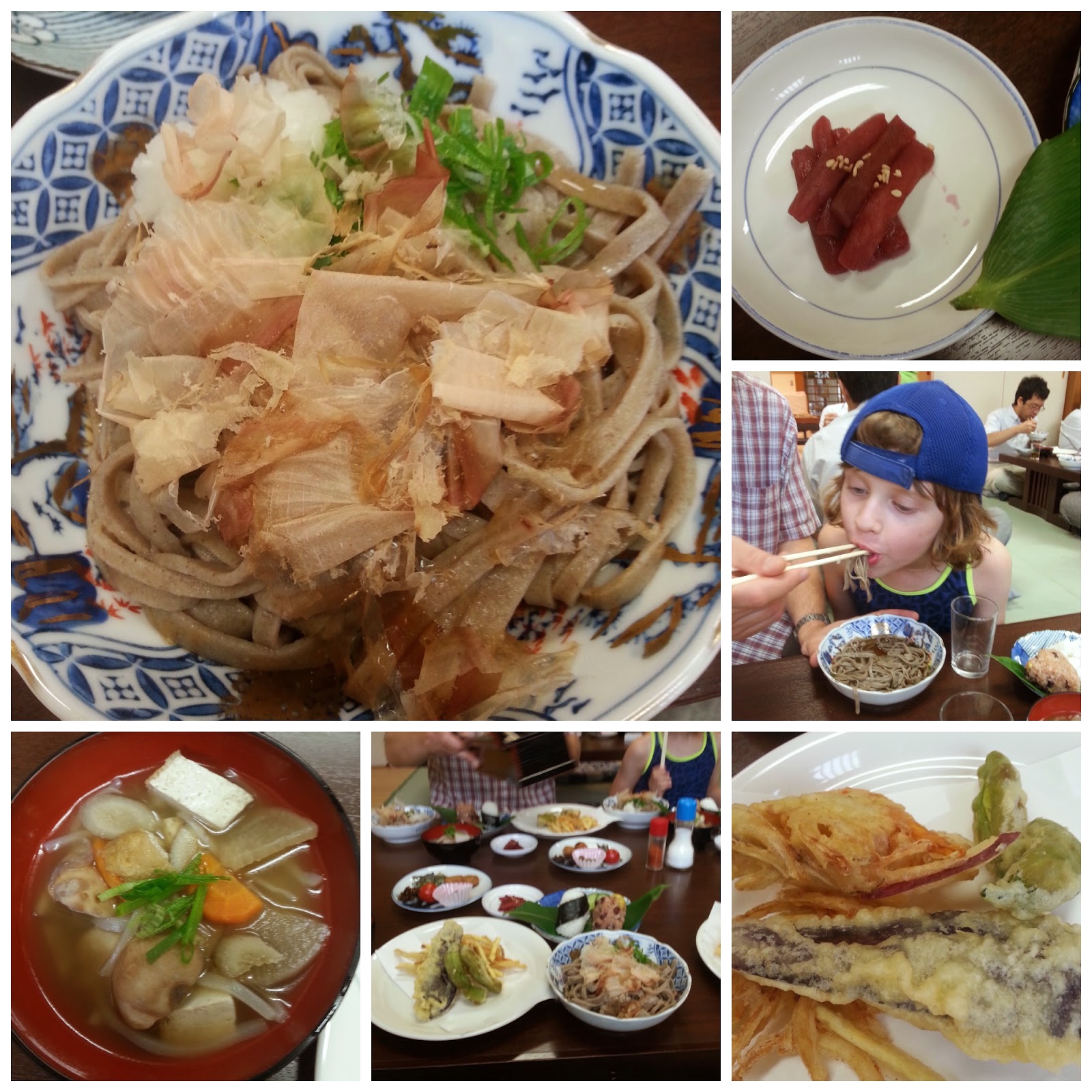 If you would like to try making soba yourself, check out Starland Sakadani’s step-by-step instructions with photos (translation below) or book yourself a workshop using the contact details at the bottom of this post. 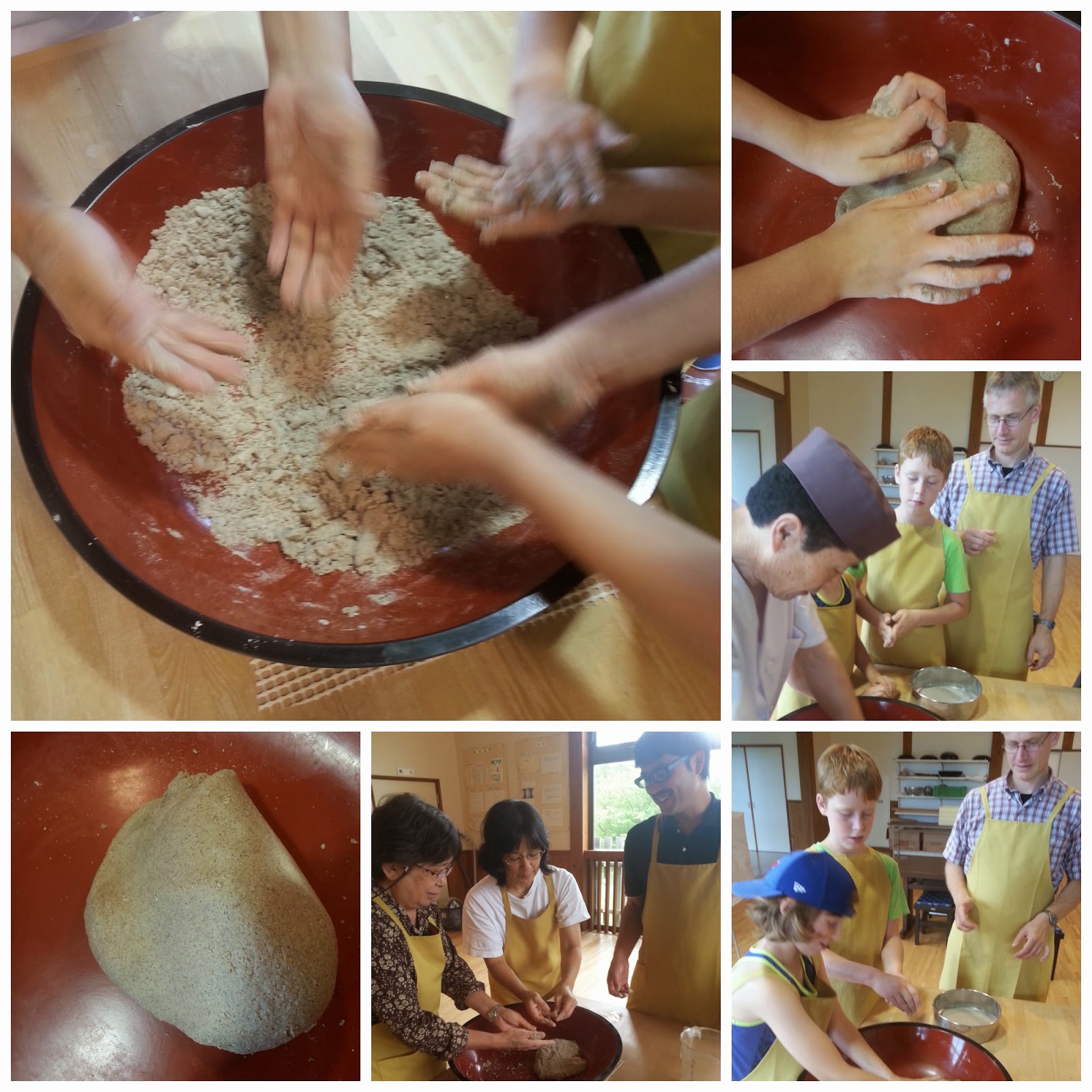 Step 5 / 手順.5
Fold the dough.  くくり
Gently turn and press the dough to start shaping it into a ball.
耳たぶぐらいの硬さになったら１つにまとめていきます。

Step 6 / 手順.6
Knead the dough 1.  練りその１
Knead the dough pushing the weight of your body firmly into it until it becomes a smooth consistency.
｢つや｣がでて、なめらかになるまで体重を乗せてねります。

Step 7 / 手順.7
Knead the dough 2.  練りその２
Press and rotate the dough into the shape of a large dumpling.
｢つや｣がでて、なめらかになったら中の空気を搾り出しながら大きな団子に仕上ます。 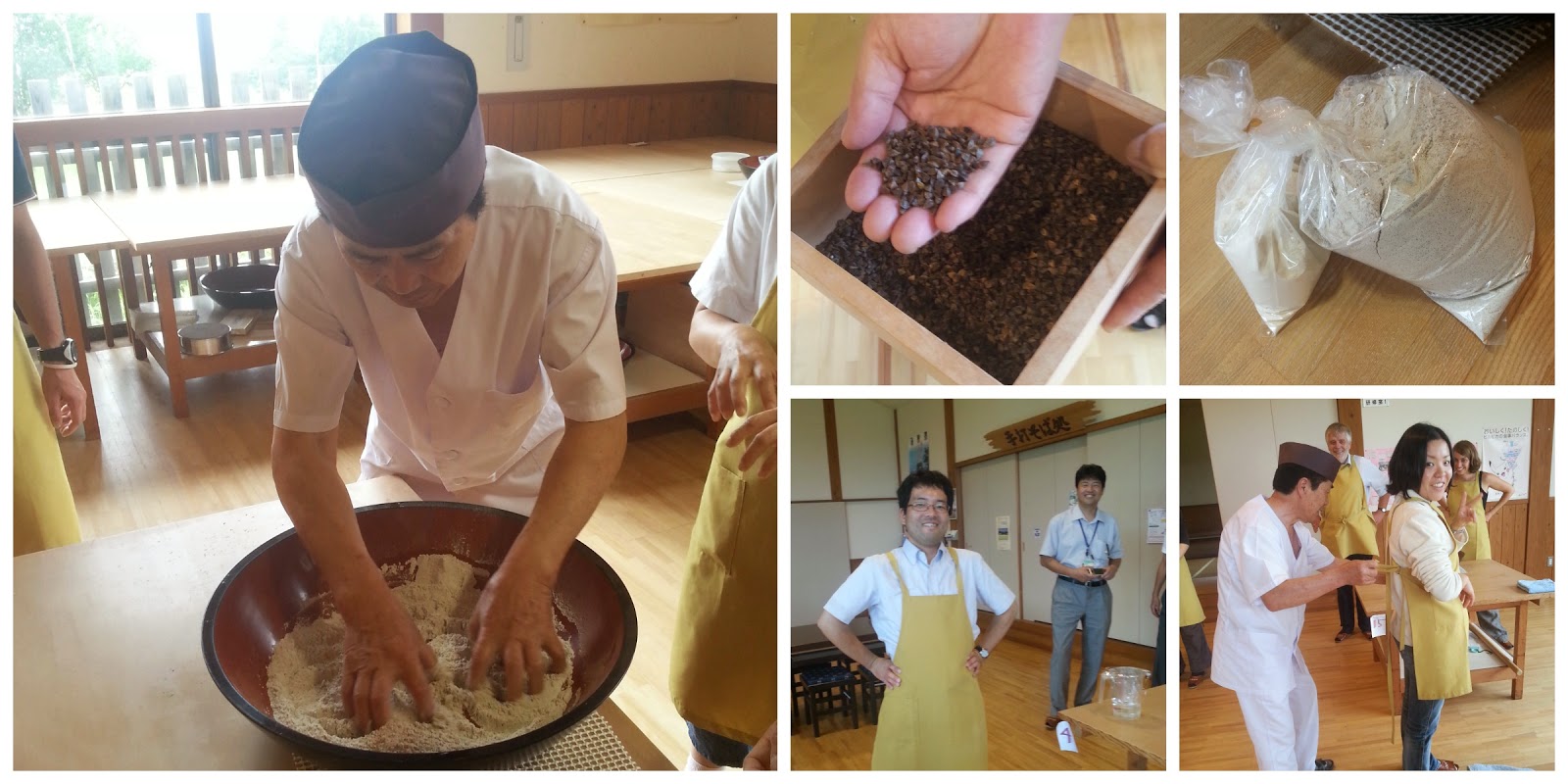 Step 8 /手順.8
Press the dough.  地のし
Slowly press the dough into a fat round of approximately 20 cm in diameter.
(打ち粉を生地の下に多めに振って) めん棒又は手のひらで押して直径２０ｃｍくらいまで生地を伸ばします。(以後、打ち粉は少なめに)

Step 9 / 手順.9
Roll out the dough.  丸出し
Begin flattening the dough with a rolling pin until the dough has increased in diameter to about 60cm.
｢めこの手｣でめん棒をすべらせながら直径６０ｃｍくらいまで生地を伸ばします。

Step 10 / 手順.10
Form into a square 1. 角出しその１
With a long slender rolling pin, roll the dough into the shape of a square.
めん棒に撒き取り、ころがしを繰り返して正方形にし、 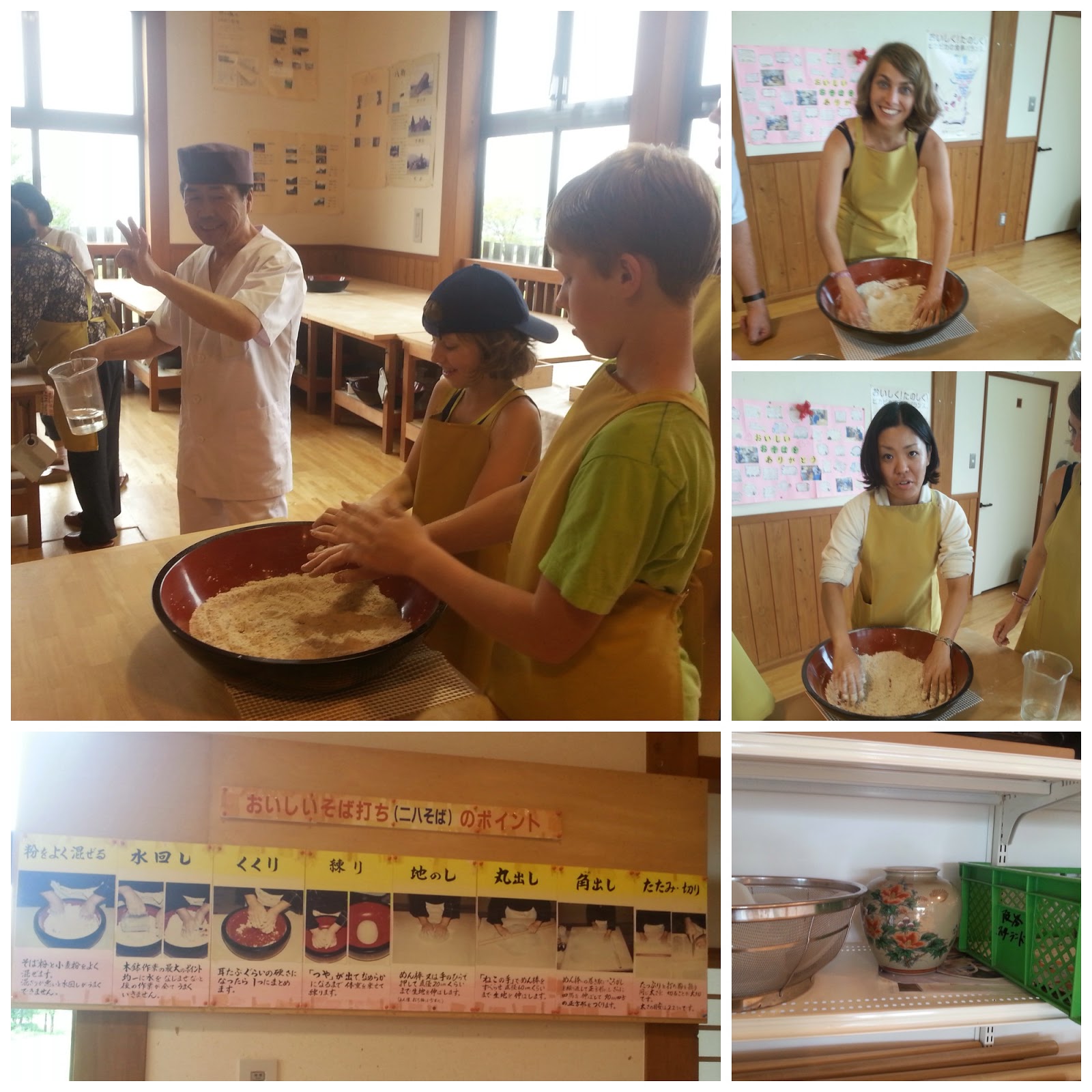 Step 11 / 手順.11
Form into a square 2.  角出しその２
Continue rolling the square until it reaches the size of 90cm per side.
さらに四隅のばして、９０ｃｍ四の正方形をつくります。

Step 12 / 手順.12
Fold into rectangle. たたみ
Fold the square of dough into a rectangular shape of many layers.  Sprinkle flour generously between each layer to prevent them sticking.   The width of the rectangle should be no more than the length of your knife.
たっぷりと打ち粉を振りそば切り包丁の幅に畳みます。

Step 13 / 手順.13
Cut.  切り
Using a wooden board to mark the size and a large knife, slice the dough into noodles of approximately 2mm thick.
同じ太さに切ることが大切です。太さの目安は２．２ミリです。

Step 14 / 手順.14
Boil.  茹で
Bring water to a full boil, and boil the noodles for no more than 2 minutes.
そばが泳ぐ位のたっぷりのお湯で。茹で時間は、約 ２分以内に。

Step 15 / 手順.15
Serve.  盛り付け
Rinse the noodles and serve them in a dashi broth with grated daikon, bonito flakes, spring onions and other toppings according to your preference.
出汁を入れ、たっぷりの大根おろしと好みの花かつお、ねぎ等の薬味を添えお召し上がれ。 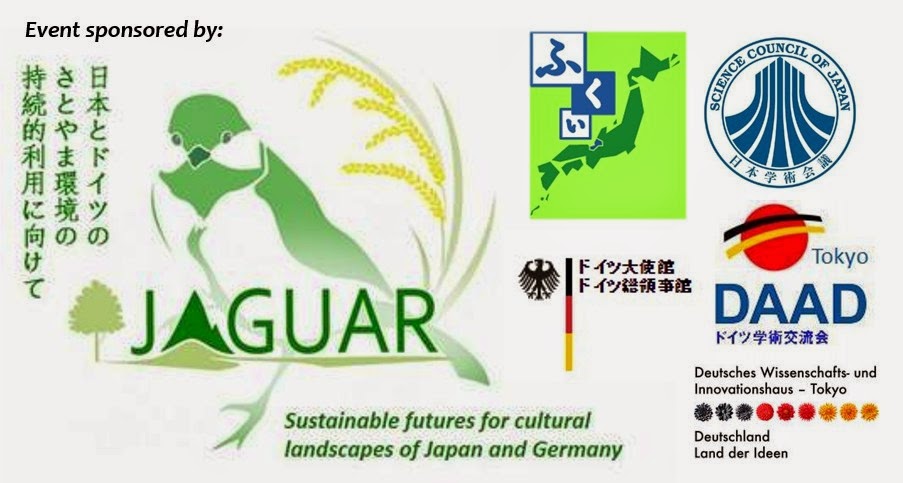 Posted by Cathy Munroe Hotes at 7:15 am